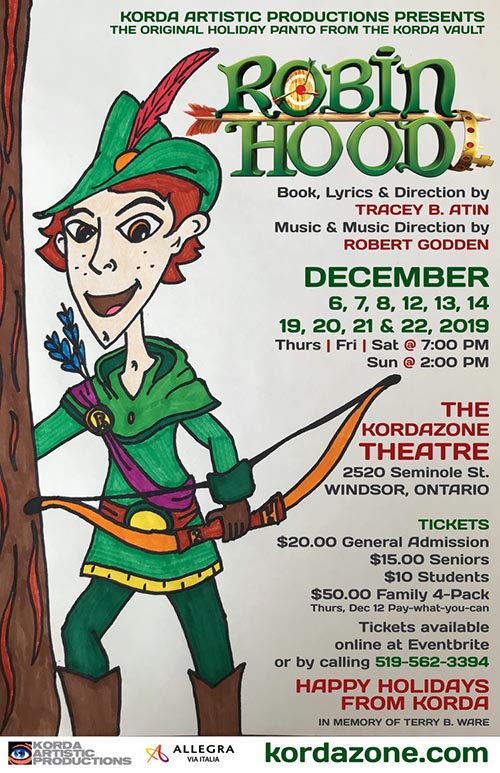 From the Korda Vault originally produced in 2008. Korda’s traditional December family offering will be an original holiday panto that gives a fresh take on the familiar tale of Robin Hood. Expect silliness for the kids, naughty jokes for the grown-ups, bad drag, great music, and loads of audience participation for everyone in a goofy, delightful, all-ages musical production to close out the season in style. This play was written and first produced at Korda in 2008, and returns to the stage From the Korda Vault. Don’t miss it!

Book & Lyrics by Tracey B. Atin
Music by Robert Godden

Showtimes are 7pm on Thursdays, Fridays, and Saturday, Matinees at 2pm on Sundays.

The December 12th show is pay what you can night. 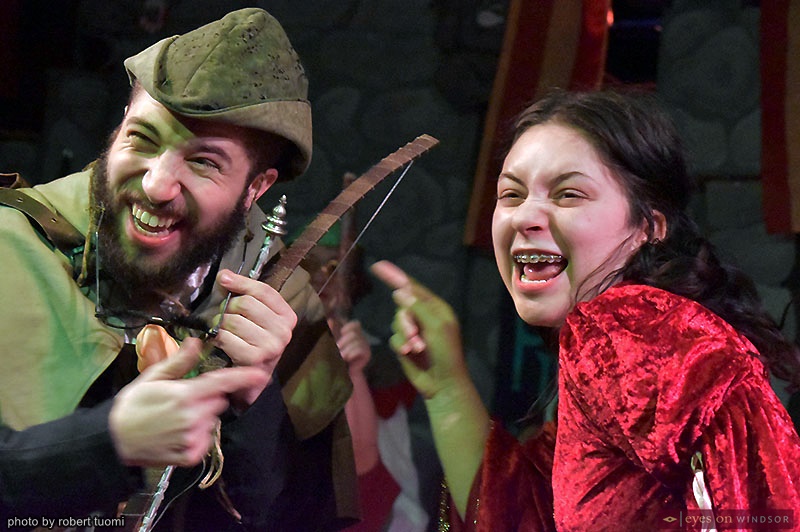