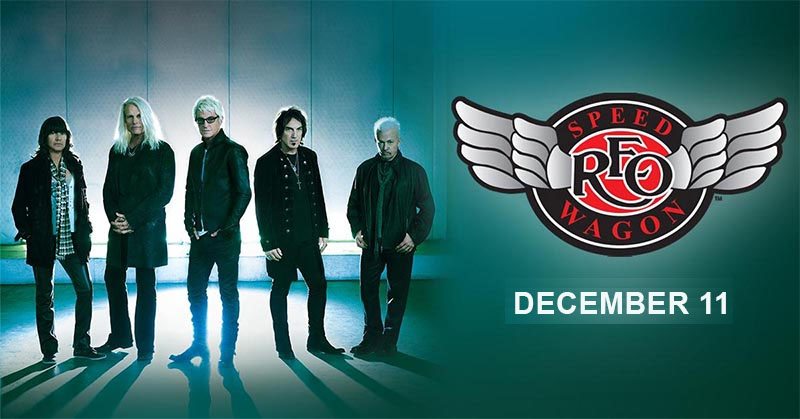 After 10 studio albums, REO Speedwagon has reached legendary status with a string of 80s hit songs that have stood the test of time including chart-topping power ballads “Keep On Loving You”, “Take It on the Run”, “Don’t Let Him Go”, and “In Your Letter” from their #1 album “Hi Fidelity”. This Grammy-nominated record sold more than 10 million copies worldwide.

Over the course of their 50 year long career, the hugely-popular band went on to sell more than 40 million albums, charted 13 Top 40 hits and remains one of the most popular arena performers of their era performing their classic, hit songs “Can’t Fight This Feeling”, “Time For Me to Fly” and “Keep the Fire Burnin’”.

Formed in 1967 and fronted by vocalist Kevin Cronin since 1972, REO Speedwagon has sold 22 million albums in the U.S., 40 million around the globe, with a string of worldwide hit singles. The band continues to keep rockin’ through the years, long after celebrating their 40th anniversary in 2007.

Tickets start at $33 Canadian and go on sale at noon on Friday January 17.