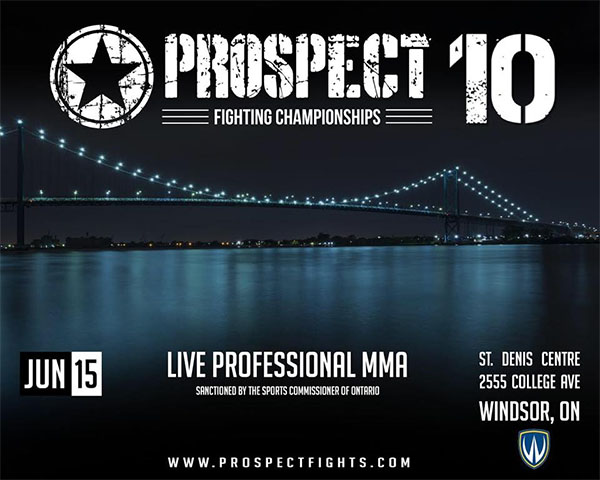 Tickets $50 each and are almost sold out, they are on sale now at prospectfights.com

The Prospect Fighting Championships (PFC) is a Mixed Martial Arts (MMA) Organization based out of London, Ontario.

The goal of the PFC is to provide a quality platform that allows Mixed Martial Artists in Ontario to develop and demonstrate their talents and prepare themselves for the professional level.

Each year under the direction of C.E.O Jamie Champion, the PFC Corporation hosts a number of competitive Mixed Martial Arts events that showcase fighters from all over Ontario . In 2015 the PFC officially introduced both a Heavyweight and a Lightweight Championship title and successfully crowned our first two champions. In 2016 the PFC officially introduce a Middleweight Championship title and crowned a third champion.

Mixed martial arts (MMA) is a full-contact combat sport that allows the use of both striking and grappling techniques, both standing and on the ground, from a variety of combat sports and martial arts.