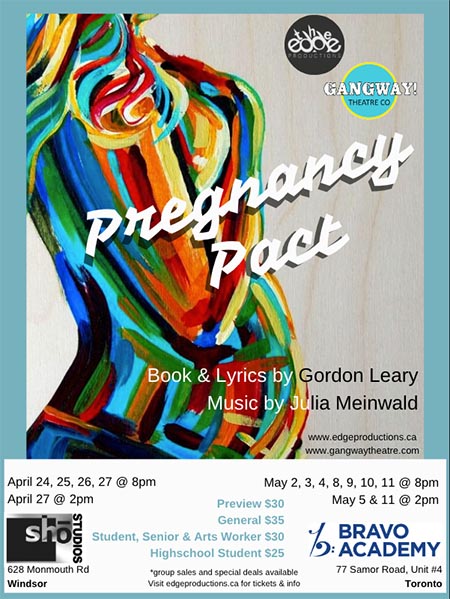 The Edge Productions presents the professional Canadian Premiere of the hard hitting musical The Pregnancy Pact at Sho Studios on April 24, 25, 26 & 27, 2019.

Pregnancy Pact is a pop-rock musical, with book & lyrics by Gordon Leary and music by Julia Meinwald, which tells the story of a group of teens who make a pact to become single mothers together. The 15-year-old Maddie is devoted to her three best friends and they are to her. So, when Brynn gets pregnant, the friends all plan to have children, raising them together and living a dream. Inspired by the 2008 news story of the Gloucester pregnancy pact that took the world by storm, Pregnancy Pact provides a unique chance to examine the intense journey this kind of decision creates.

Tickets are $35 each. Students, seniors, and arts workers $30 each. Highschool students $25 each.

For more information or to purchase tickets in advance online visit https://www.edgeproductions.ca 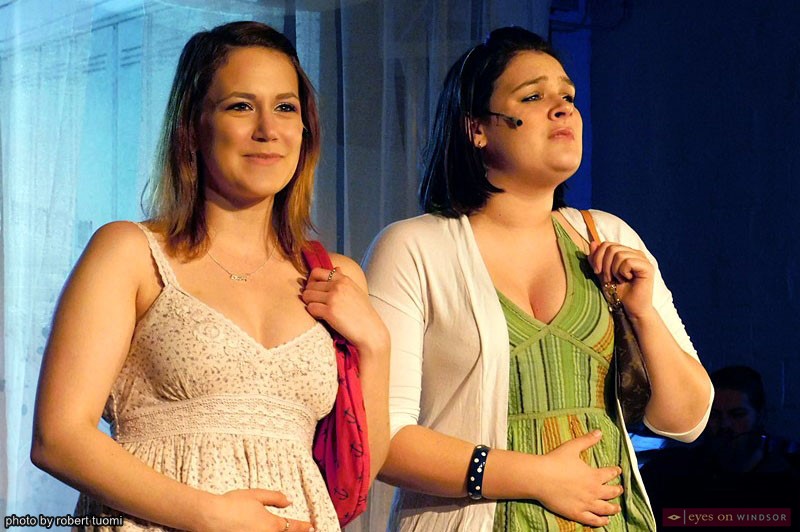