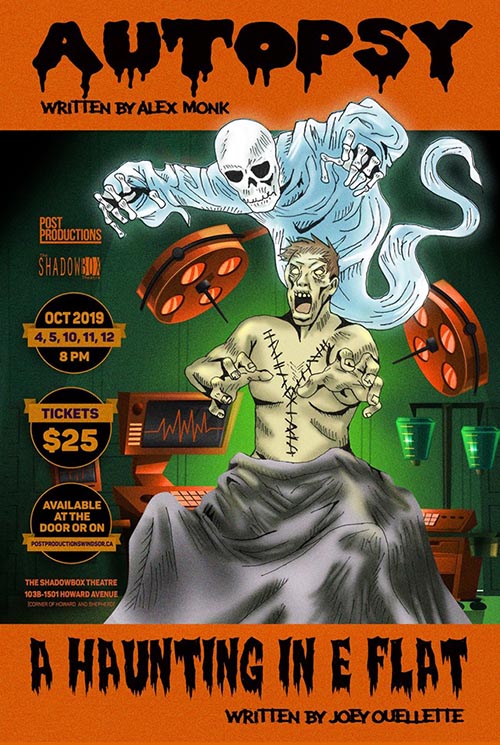 Post Productions presents a double bill of horror plays by local playwrights, featuring Autopsy by Alex Monk, and A Haunting in E Flat by Joey Ouellette at The Shadowbox Theatre on October 4, 5, 10, 11 and 12, 2019.

Post Productions is proud to present this uniquely spooktacular Halloween double-bill, featuring the winning scripts from the 2018 Windsor-Essex Playwriting Contest: AUTOPSY and A HAUNTING IN E FLAT! Expect a lot of laughs, a few spine-tingles and an all-around great time with some of Windsor’s finest actors as they breathe (un)life into two locally-written scripts. It’s the perfect way to start the Halloween season!

AUTOPSY
Burnt-out pathologist Gary, finds his life turned upside-down when a body — known only as John Doe — wakes up during an autopsy. How can Gary come to terms with this? Should he tell his assistant Michael, or his boss Marie-Louise? Should he . . . finish the autopsy?

A HAUNTING IN E FLAT
Paranormal investigator Thomas Nett has been at this game too long, aided by his niece Charmaine, an optimistic medium. One day he’s faced with two new cases – a woman haunted by a spirit in her apartment and a man haunted by his mother — that help him confront his own demons.

Showtimes are 8pm each night

Show Review: Autopsy & A Haunting in E Flat Brings Brilliant Back To Back Horror 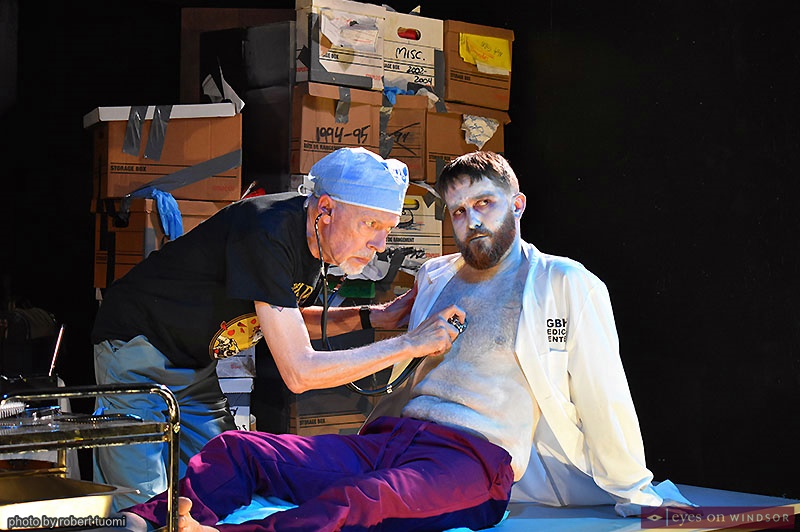 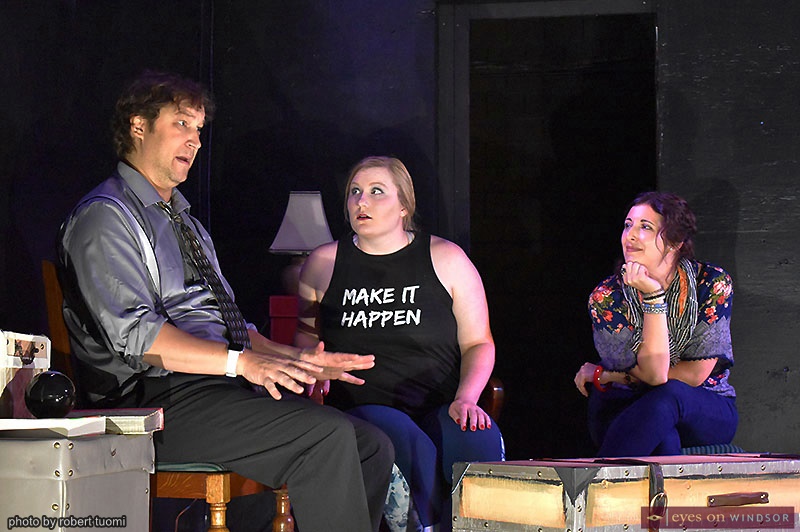 Actors James Stone as Thomas Nett, Carla Gyemi as Charmaine and Rebecca Mickle as Nancy performing during a dress rehearsal of Post Productions’ presentation of A Haunting in E Flat by local playwright Joey Ouellette at the Shadowbox Theatre in Windsor, Ontario, on Wednesday, October 2, 2019. Photo by Robert Tuomi / Eyes On Windsor.