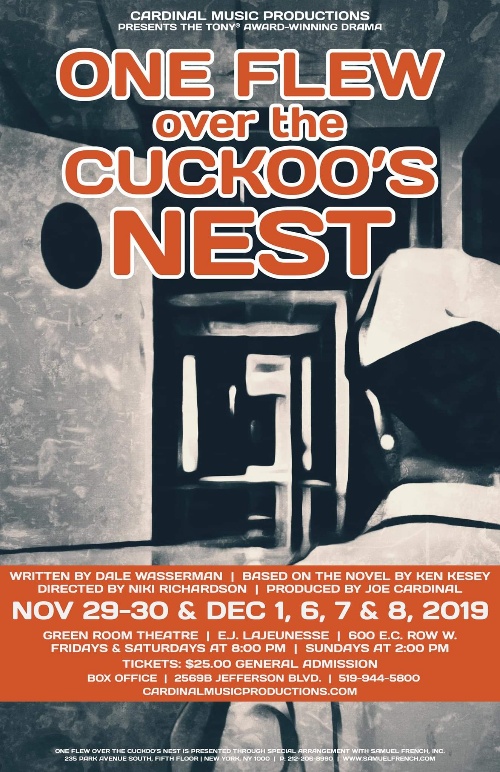 In 1964 Dale Wasserman’s stage adaptation of One Flew Over The Cuckoo’s Nest made its Broadway premiere and starred Kirk Douglas as Randle Patrick McMurphy, Gene Wilder as Billy Bibbit, William Daniels as Harding, Ed Ames as “Chief” Bromden, and Joan Tetzel as Nurse Ratched.

The play tells the story of charming rogue, Randle Patrick McMurphy, who contrives to serve a short sentence in an airy mental institution rather than in a prison. This, he learns, was a mistake. He clashes with the head nurse, a fierce martinet. He quickly takes over the yard and accomplishes what the medical profession has been unable to do for twelve years; he makes a presumed deaf and dumb Indian talk. He leads others out of introversion, stages a revolt so that they can see the World Series on television, and arranges a rollicking midnight party with liquor and chippies. For one offense, the head nurse has him submit to shock treatment. The party is too horrid for her and she forces him to submit to a final correction: a frontal lobotomy.

Review: Cardinal Music’s One Flew Over the Cuckoo’s Nest Is Exceptionally Quirky 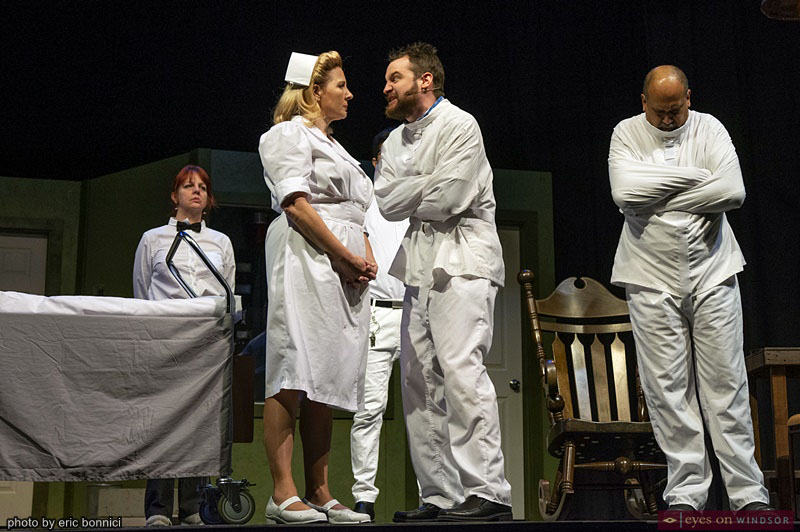 Actors Misty Habib as a nurses aide, Allison Still as Nurse Ratched, Kyle C. Haight as Randle P. McMurphy, and Khalid Baksh as Chief Bromden performing during Cardinal Music Productions presentation of One Flew Over The Cuckoo’s Nest at The Green Room Theatre inside E.J. Lajeunesse on December 1, 2019. Photo by Eric Bonnici / Eyes On Windsor.