Post Productions Presents Eve Lederman’s Nothing But The Truth 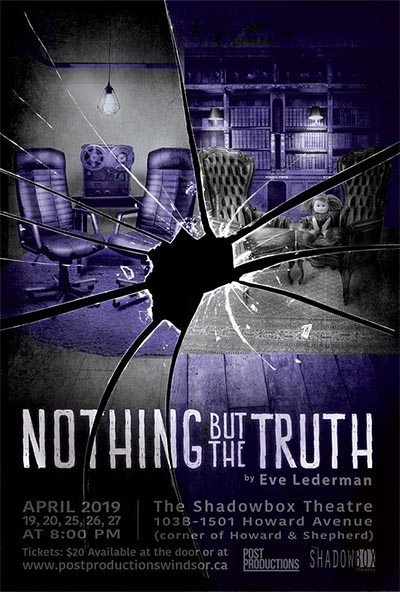 Post Productions presents Eve Lederman’s Nothing But The Truth, inspired by deposition transcripts from a malpractice case, at Shadowbox Theatre on April 19, 20, 25, 26, & 27, 2019.

Nothing But The Truth portrays the relationship between patient and therapist as a love more powerful and volatile than any romance. Rachel is a vivacious yet distraught young woman exploring her family secrets and fears about children with her maternal therapist Marilyn. But when Marilyn faces questions in a lawsuit for abruptly terminating Rachel’s treatment, she paints her as violent — and an explosive, life-altering battle ensues. Is Rachel dangerous, as her therapist claims? Or is the doctor hiding her own emotional and ethical violations?

The scenes alternate between the doctor’s office and the deposition room, toying with the timeline and challenging the audience to uncover the truth: Marilyn testifies to one version of events and then the clock turns back to the doctor’s office where the facts unfold. Like Mamet’s Oleanna, the viewers’ allegiance vacillates as the protagonists’ power struggle unfolds, similarly inciting and polarizing the audience.

Within this harrowing psychological ordeal is a treasure trove of deposition dialogue and complex characters, both caring and conniving, to expose. This story shares a tale of betrayal that ignites a heated dialogue about the dynamics of therapy and the blurry line between obsession and love.

Tickets are $20 each and available in advance online at Eventbrite.ca. Tickets will also be available at the door.

The show starts at 8pm each night.

Show Review: Post Productions’ Nothing But The Truth Presents an Evening of Conflicts 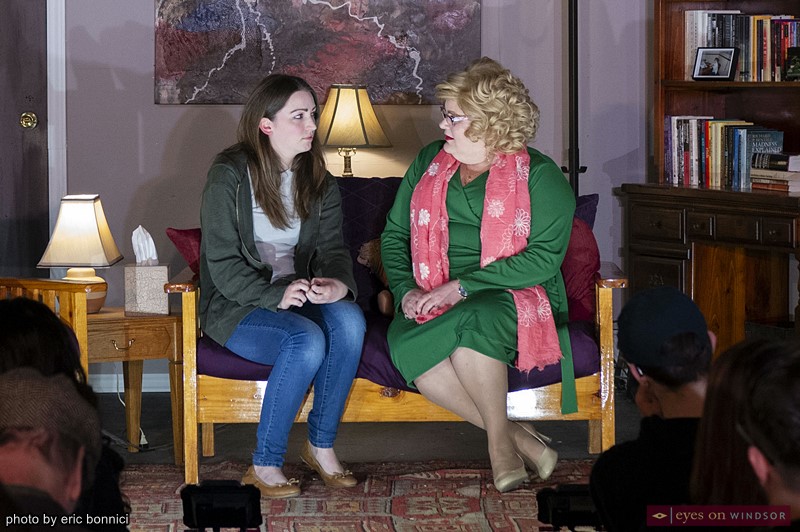 Jessie Gurniak as Rachel Klein (left) and Michele Legere as Marilyn Morganstern in the world premiere of Nothing But The Truth presented by Post Productions at The Shadowbox Theatre in Windsor, Ontario, on April 19, 2019. Photo by Eric Bonnici / Eyes On Windsor