Next To Normal by Cardinal Music Productions 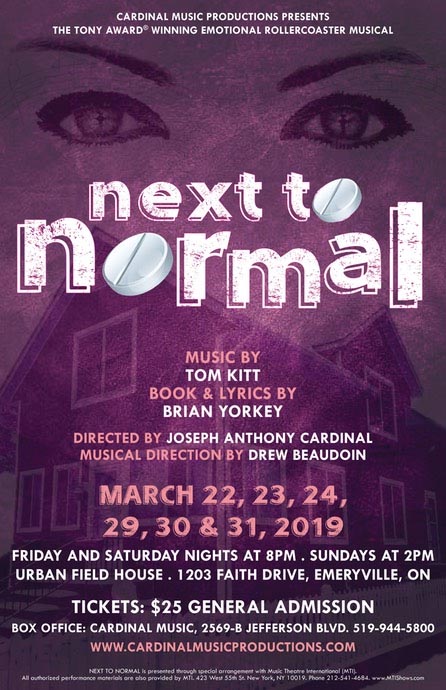 Next to Normal is an unflinching look at a suburban family struggling with the effects of mental illness.

The show explores how one suburban household copes with crisis and mental illness. Winner of three 2009 Tony Awards, including Best Musical Score and the 2010 Pulitzer Prize, Next to Normal was also chosen as “one of the year’s ten best shows” by critics around the country, including The Los Angeles Times, The Washington Post, Rolling Stone and The New York Times.

Dad’s an architect; Mom rushes to pack lunches and pour cereal; their daughter and son are bright, wise-cracking teens, appearing to be a typical American family. And yet their lives are anything but normal because the mother has been battling manic depression for 16 years. Next to Normal takes audiences into the minds and hearts of each character, presenting their family’s story with love, sympathy and heart.

This deeply moving piece of theatre is an emotional powerhouse that addresses such issues as grieving a loss, ethics in modern psychiatry, and suburban life.

Tickets are $25 for general seating and will be available at the door (if still available) or by purchasing them in advance from the Cardinal Music box office at 2569-B Jefferson Blvd. or by calling 519-944-5800. 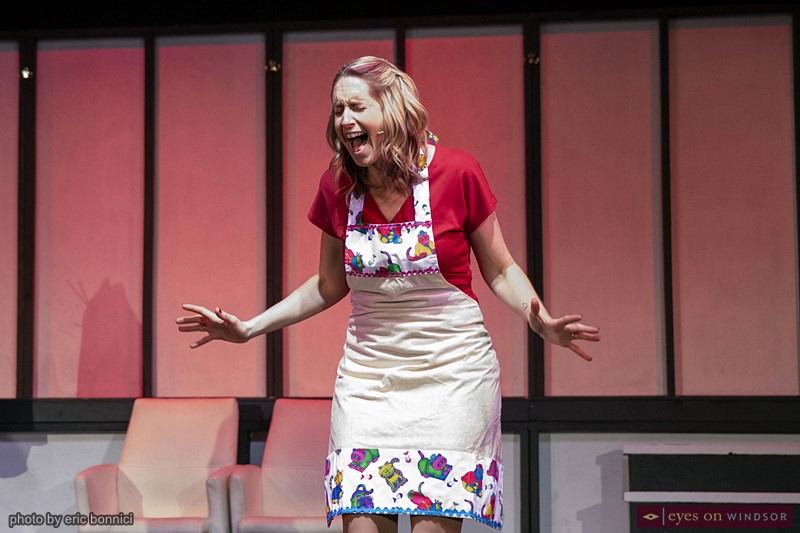 Lindsay Norris as Diana Goodman, performing in Cardinal Music Productions presentation of Next To Normal at the Urban Field House and Arts Centre in Emeryville, ON, on March 23, 2019. Photo by Eric Bonnici / Eyes On Windsor.