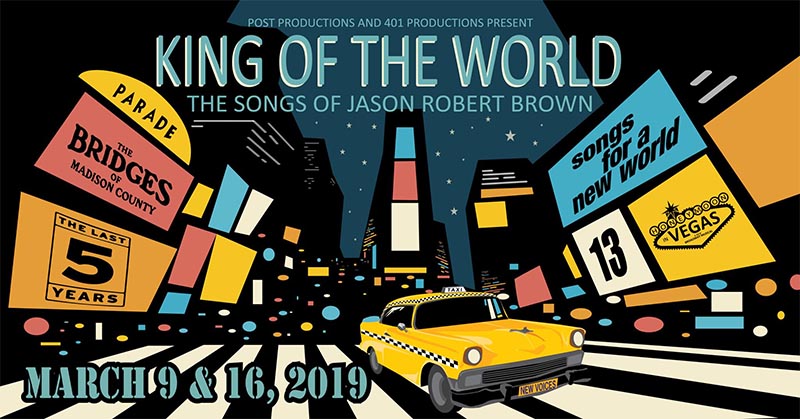 401 Productions, in partnership with Post Productions, presents King of the World – The Songs of Jason Robert Brown, the first event in their New Voices concert series, for two performances at Rockstar Music Hall on March 9 & 16, 2019.

A cast of five singers will perform songs from Broadway and off-Broadway shows like Songs for a New World, The Last Five Years, Parade, Honeymoon in Vegas and The Bridges of Madison County. The show will also include songs written for artists like Lauren Kennedy and Ariana Grande.

The multi-talented cast will include:

With a live band led by Music Director Nicholas Morvay, this is sure to be an evening of great musical performances you will not want to miss. 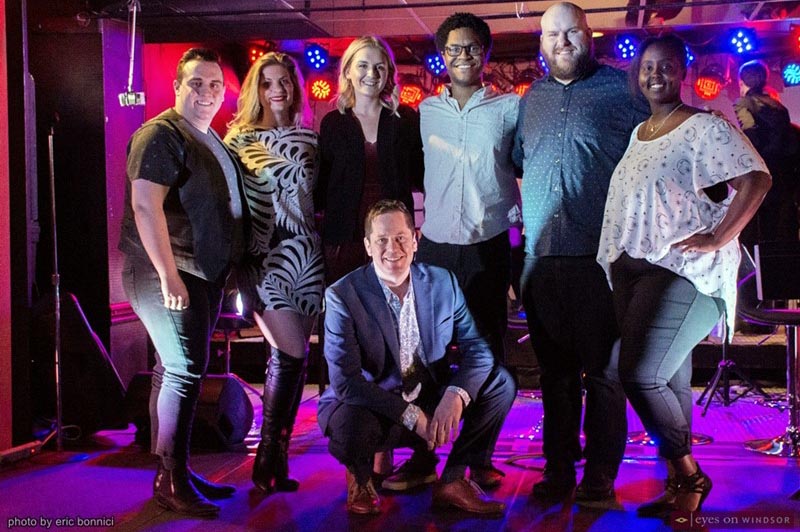 The cast and director of the inaugural New Voices Concert Series’ King Of The Word, a partnership between 401 Productions and Post Productions, at Rockstar Music Hall in Windsor, ON, on March 9, 2019. In front David Burrows, back from left Benjamin Doncom, Sara Fontaine, Kaitlyn Karns, Nathanael Judah, Michael Roy and Florine Ndimubandi. Photo by Eric Bonnici / Eyes On Windsor.