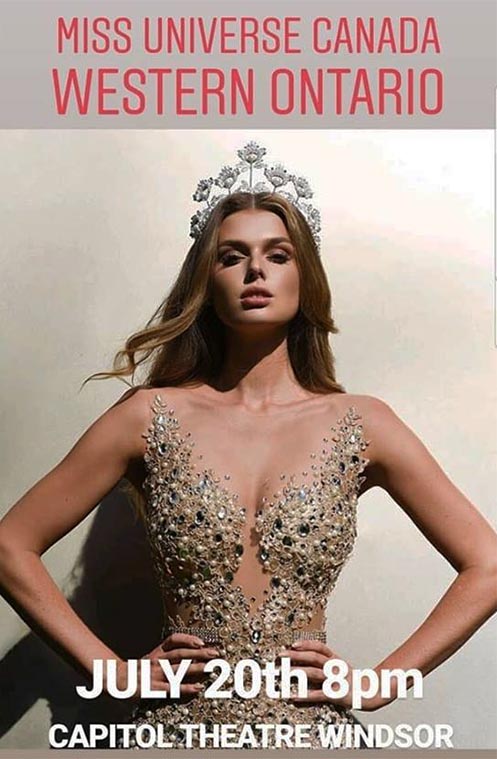 The 2019 Miss Universe Canada Western Ontario regional pageant will be held in Windsor at the Capitol Theatre on Saturday, July 20, 2019.

Nineteen young ladies from the region will compete with the top 5 + the People’s Choice Winner advancing to the 2019 Miss Universe Canada National Pageant participation in the show along with the other finalists from across Canada to be held in Toronto on August 17, 2019.

The winner will represent Canada in the Miss Universe 2019 pageant that will be held on December 19 in South Korea. This is one of the biggest pageants in the world and will be hosted by Steve Harvey on his fifth consecutive year of Miss Universe.

Many of the Western Ontario preliminary pageant competitors hail from Windsor Essex. So come on out and support these local young women as they compete to represent Canada. 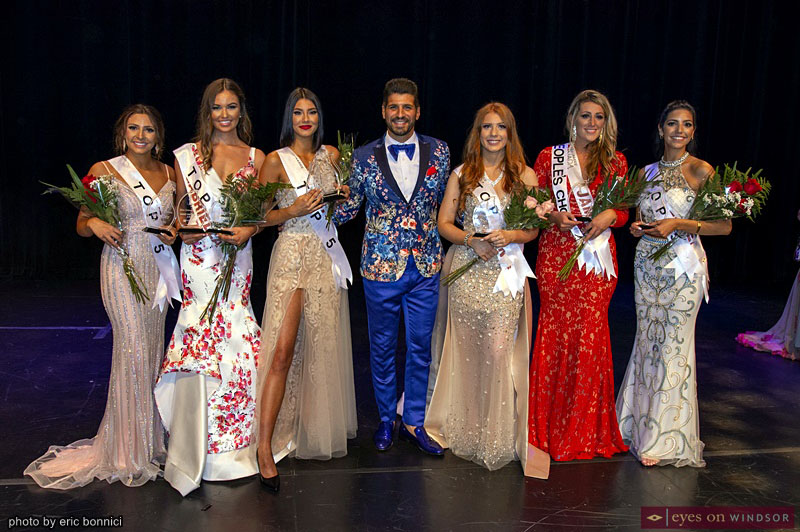