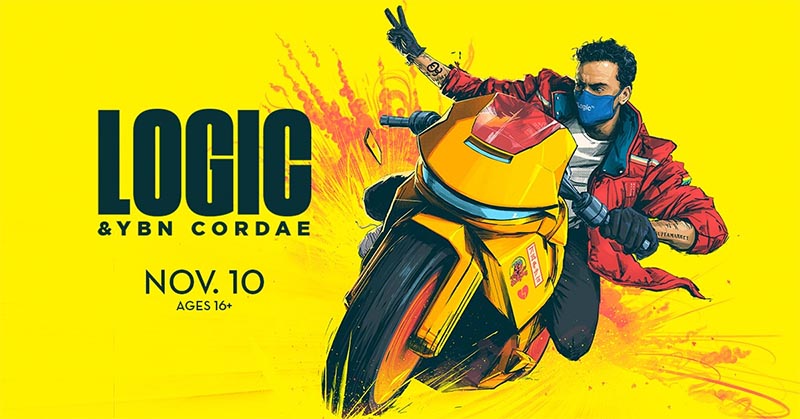 Grammy-nominated rapper, Logic and rising hip hop star YBN Cordae on the Confessions of a Dangerous Minds Tour will perform and Age 16+ show on The Colosseum stage at Caesars Windsor on Sunday, November 10, 2019.

Rapper, lyricist, record producer and author Logic burst onto the music scene through a series of mixtapes that led to a crazed underground fan base with millions of downloads, all before signing a record deal with Def Jam Records in 2014. His debut album, Under Pressure, peaked at number four on the U.S. Billboard 200, obtaining gold certification.

His career breakthrough came on the release of his third album, Everybody, as it became the first to peak at #1 on the Billboard 200 and was his first platinum designation. The album also contained the Grammy nominated single “1-800-273-8255” which reached number three on the U.S. Billboard Hot 100 and was a Top Ten hit internationally. Logic’s next two releases, Bobby Tarantino II and YSIV, both debuted within the top two of the U.S. Billboard 200. In 2019, he released his fifth album, Confessions of a Dangerous Mind, which features guest spots with Eminem, G-Eazy, Will Smith, Gucci Mane, Wiz Khalifa and tour mate YBN Cordae.

YBN Cordae recognizes, respects, and reveres the verbal potential for unity. Acrobatic raps, cinematic wordplay, and nimble rhymes cement the Maryland-raised and Los Angeles-based MC as a consummate 21st century storyteller. This status is affirmed by 200 million streams a year and with a place at the forefront of hip-hop’s modern vanguard as the 2019 XXL “Freshman Class” cover star. YBN Cordae employs the full power of language on his full-length debut, The Lost Boy.