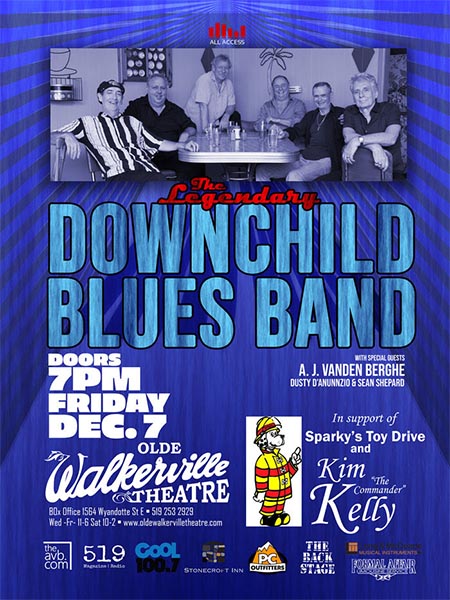 The Legendary Downchild Blues Band will return to perform live in Windsor with special guests A.J. Vanden Berghe, Dusty D’Anunnzio and Sean Shepard, for benefit concert in support of Sparky’s Toy Drive and Kim “The Commander” Kelly at the Olde Walkerville Theatre on Friday, December 7, 2018.

With their signature jump-blues style and sweet, infectious sound, Juno Award winners The Legendary Downchild Blues Band deliver a live performance that is second to none and is a sure bet to get your toes tapping and your hips swinging.

Celebrating their 49th year in show business, Downchild marked the occasion with the release of their new 2018 Juno-nominated album, Something I’ve Done. A tribute to the classic, gritty-driven sound that inspired the iconic Toronto-based group, Something I’ve Done , features personal selection of timeless songs and new soon-to-be classics.

Downchild are perhaps best known as the inspiration for Dan Aykroyd and the late John Belushi’s hit film, The Blues Brothers. In fact two Downchild songs, “Shotgun Blues” and “I Got Everything I Need (Almost)” were recorded on The Blues Brothers smash 1978 album Briefcase Full of Blues.

Catch the Legendary Downchild Blues Band when they make their highly anticipated return to Windsor, after many years, during their “Something I’ve Done Tour” for this very special benefit in support of their old friend Kim Kelly and The Windsor Firefighters’ / Sparky’s Toy Drive . 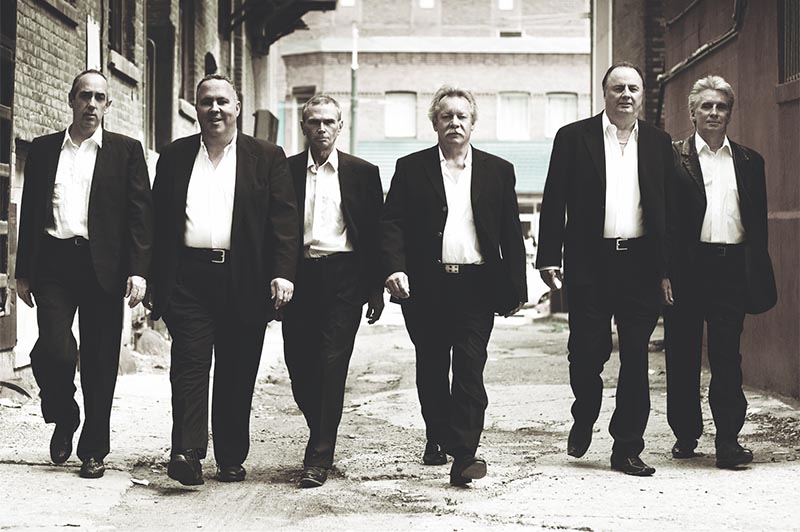