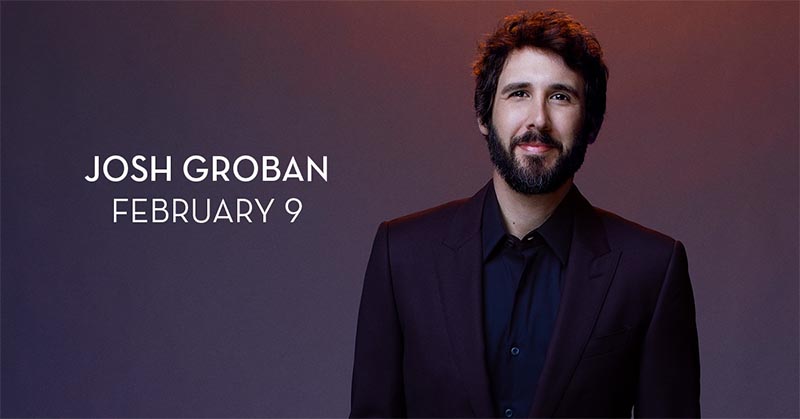 As an internationally renowned singer, songwriter, and actor, Josh Groban’s baritone voice is instantly recognizable and unparalleled among his peers. He has entertained fans across the globe with his multiplatinum albums and DVDs, electrifying live performances, and comedic film and television appearances. Groban is the only artist who has had two albums land on Billboard’s list of 20 best-sellers of the last 10 years.

Since the 2001 release of his debut album, Josh Groban has been hailed by fans and critics as a leading player in the world of operatic pop. The Los Angeles native has earned a host of multi-Platinum certifications, in addition to several No. 1 releases on the Billboard 200 albums chart, and his spirited renditions of “You Raise Me Up” and “To Where You Are” have become international hits.

As an actor, Groban has also appeared on Glee, The Simpsons, The Office, CSI: NY, It’s Always Sunny in Philadelphia, The Crazy Ones, as well as in the feature films Crazy, Stupid, Love, Coffee Town, and Muppets Most Wanted. Groban is also a popular television talk-show guest, appearing in various late-night comedic sketches with Jimmy Kimmel and co-hosting Live With Regis and Kelly with Kelly Ripa. In 2016, Josh Groban received a Tony Award nomination for his role in the Broadway musical, “Natasha, Pierre & The Great Comet of 1812.”