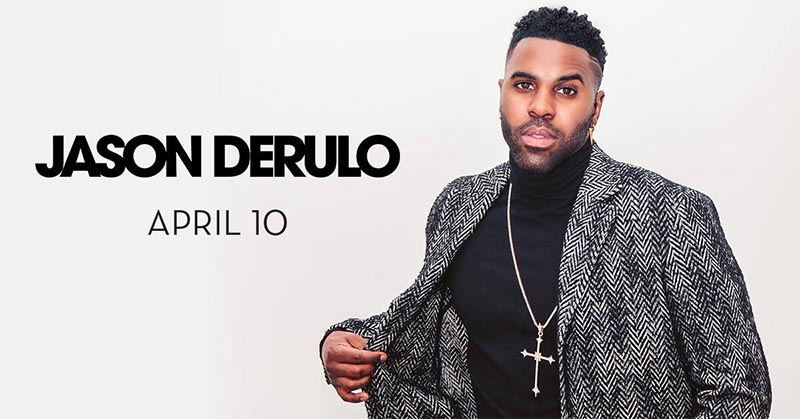 With more than 190 million records sold worldwide, Jason Derulo is a powerhouse singer, songwriter and entertainer. His debut single “Whatcha Say” has now earned 5x platinum status while “Talk Dirty”, “Want To Want Me”, “In My Head” and “Ridin’ Solo” have reached quadruple-platinum status. “Wiggle” went triple-platinum and “Trumpets” earned a double-platinum certification. Platinum singles include “Marry Me”, “The Other Side”, “It Girl” and “I Don’t Wanna Go Home”.

Cumulative streams continue to soar for Derulo, exceeding nine billion overall and over five billion YouTube views. Derulo’s single “Colors” served as the Coca-Cola Anthem for the 2018 FIFA World Cup reaching over 272 million streams across all platforms. On radio, his music has impacted a total audience of 20 billion-plus listeners with a staggering 3.5 billion spins.

Derulo was a featured performer for the Monday Night Football theme, is an investor in many enterprises, including Catch L.A. and Rumble Boxing with Sylvester Stallone and Ashton Kutcher, and he has a partnership with Warner Chappell Music. And now, Jason Derulo recently launched his much-anticipated project “2Sides (Side 1)”, the prequel release, complete with six all new singles, sets the stage for the full length project “2Sides (Side 2)” coming in early 2020.

Don’t miss your chance to see the contagious energy of Jason Derulo live!

Tickets start at $38 Canadian and go on sale at noon on Friday January 17.