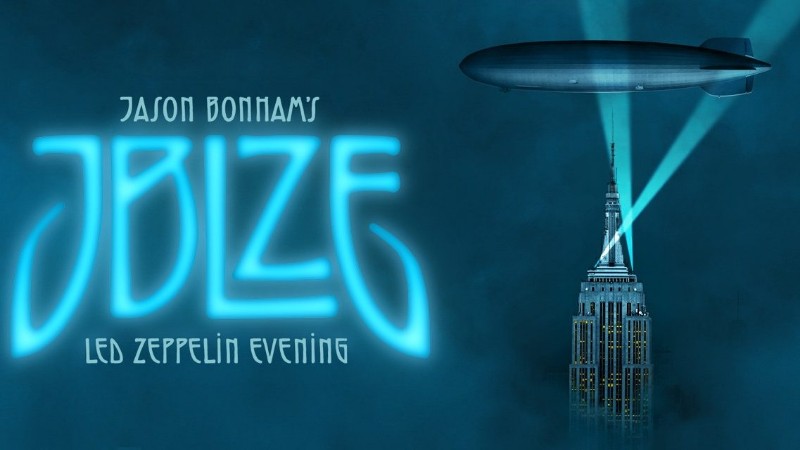 Jason Bonham’s Led Zeppelin Evening will perform as part of his Ten Years Gone tour at The Colosseum at Caesars Windsor on Friday, June 12, 2020.

Please Note: This show has been postponed. More information about the reschedule date to come at a later date.

Jason Bonham has been around legendary rock music his whole life, which can be expected when you are the son of renowned drummer and founding member of the iconic rock band Led Zeppelin, John Bonham. Jason Bonham spent much of his childhood playing the drums for family friends like Jimmy Page and band members from Bad Company. At the age of five Jason Bonham was skilled on the drums and at 17 he signed a recording contract with his band Air Race and went on to open for Queen, Meat Loaf and AC/DC. When John Bonham died in 1980 Jason stepped in from time to time to help keep his father’s memory alive.

After Led Zeppelin’s induction to the Rock & Roll Hall of Fame, Jason recorded a tribute album to his father, “In the Name of My Father—The Zepest”, which featured the songs of Led Zeppelin. Jason Bonham has dedicated his life to honouring the memory of his father and his contributions to rock music by touring with the Led Zeppelin Evening, the ultimate tribute show to one of the greatest rock bands of all time.

The band’s powerful live performance of Led Zeppelin’s classics is best described as a band that perfectly recreates the music of Robert Plant, Jimmy Page, John Paul Jones and John Bonham. Jason Bonham’s Led Zeppelin Evening not only celebrates one of music’s most iconic bands, but also the life of Bonham’s late father. Included in this show is visual imagery, which incorporates rare photographs and videos from Led Zeppelin’s past and Bonham’s personal collection.

For more information or to purchase tickets when they become available visit: https://www.caesars.com/caesars-windsor/shows