Into The Woods Presented by St. Clair College Students 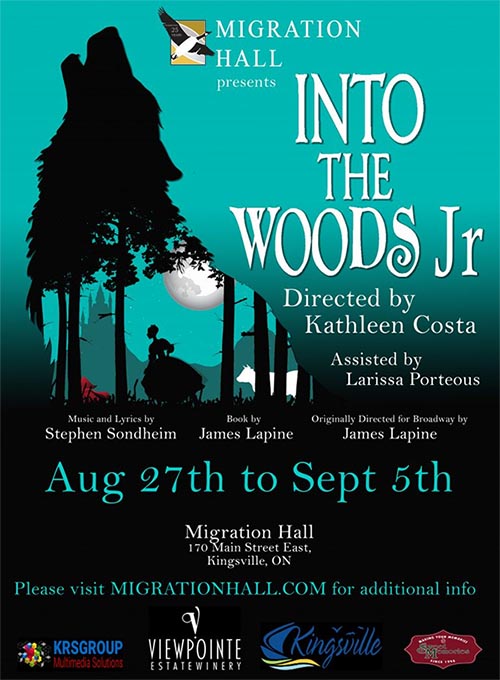 The St. Clair College Music Performance & Entertainment Technology Students present Stephen Sondheim’s Into the Woods, The Brothers Grimm epic fairy tale about wishes, family and the choices we make, at the Chrysler Theatre on April 20, 24, 25, 26, & 27, 2019.

James Lapine and Stephen Sondheim take everyone’s favorite storybook characters and bring them together for a timeless, yet relevant, piece… and a rare modern classic. The Tony Award-winning book and score are both enchanting and touching.

The story follows a Baker and his wife, who wish to have a child; Cinderella, who wishes to attend the King’s Festival; and Jack, who wishes his cow would give milk. When the Baker and his wife learn that they cannot have a child because of a Witch’s curse, the two set off on a journey to break the curse. Everyone’s wish is granted, but the consequences of their actions return to haunt them later with disastrous results.

This beautiful retelling of the Grimm Brother’s fairy tales features comedy, drama and thought-provoking commentary about what it means to grow up, both for children and adults alike.

“The material of ‘Into the Woods’ is potent stuff – as old as time, or at least as old as fairy tales… Mr. Sondheim’s lyrics and Mr. Lapine’s book tap into the psychological mother lode from which so much of life and literature spring… the conception is brilliant.” – The New York Times.

Show Preview: St. Clair College’s Into The Woods Kills Myth of Happily Ever After

Review: St. Clair Students Shine In the Woods At the Chrysler Theatre 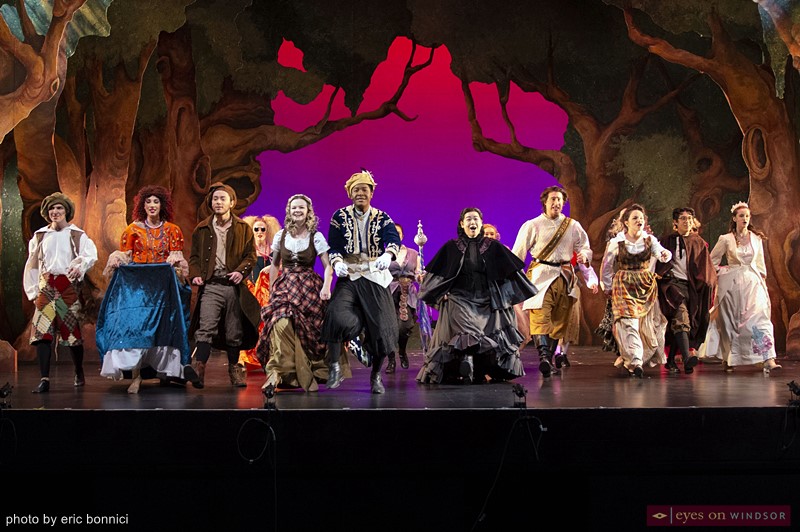 A scene from the St. Clair College Music Theatre Performance and Entertainment Technology programs’ production of Into The Woods during a show preview event at The Chrysler Theatre on Thursday, April 18, 2019. Photo by Eric Bonnici / Eyes On Windsor.