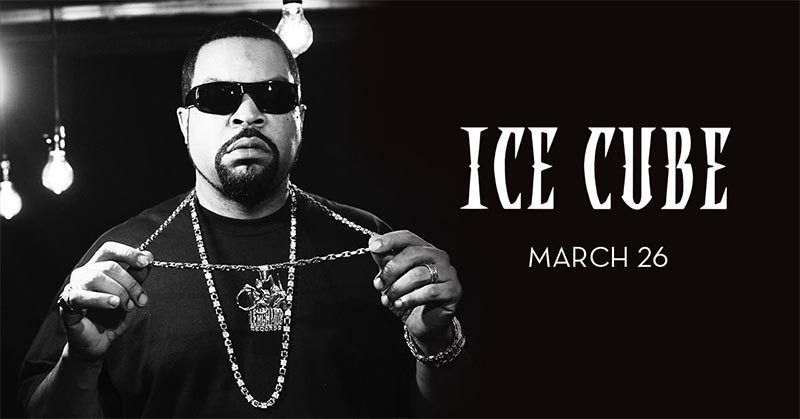 Keeping it cool, world-famous rapper and actor Ice Cube will hit The Colosseum stage at Caesars Windsor on Thursday March 26, 2020.

Widely regarded as one of the most important figures in rap history, Ice Cube rose to prominence in the ’80s as a member of N.W.A. The Los Angeles group is credited with bringing the gangsta rap genre to the mainstream, was the subject of the 2015 film “Straight Outta Compton,” named after the group’s debut album.

After leaving N.W.A. in 1989, Ice Cube – whose real name is O’Shea Jackson – achieved success as a solo artist, with albums such as 1990’s Amerikkka’s Most Wanted, selling more than a million copies. His impressive music career also includes the multi-platinum success of his two-part album War & Peace, as well as the hit albums Lethal Injection, Bootlegs & B-Sides, The Predator, the gold-certified and independently released Laugh Now, Cry Later, Raw Footage, and I Am The West.

Also known for his acting, Ice Cube starred in 1991’s “Boyz in the Hood” and had roles in “21 Jump Street,” “Ride Along” and “Are We There Yet?” Many of his films have been made by his production company, Cube Vision.

Inducted into the Rock & Roll Hall of Fame as part of N.W.A in 2016, Ice Cube was honoured with his own star on the Hollywood Walk of Fame in 2017. To date, he has sold over 10 million solo albums.