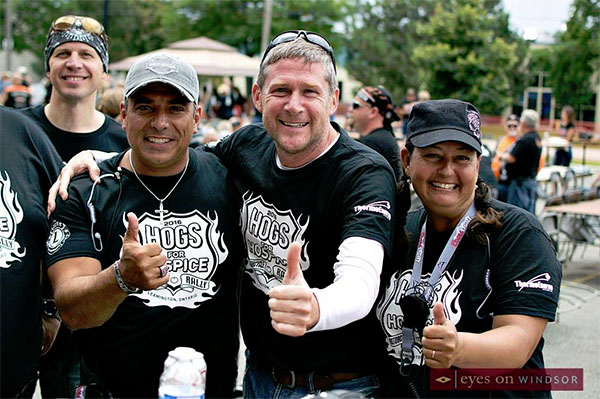 The 4th Annual Hogs For Hospice motor cycle rally and ride takes place around Essex County and in Leamington, Ontario at Seacliff Park on August 2-4, 2019.

The weekend is packed full of fun and activities for everyone to enjoy. Epic concerts, the best organized registered ride in Ontario, Freestyle Motocross Show, Custom Bike Show, Bike Games, Vendors, Beer Garden and much more.

The signature ‘Tour the Tip’ motorcycle ride, led by over 30 ride captains, takes place Saturday featuring a cruise through the countryside, along Lake Erie’s North Shore, and through the most southern point of mainland Canada Point Pelee National Park. Lunch and entertainment for the riders will be provided. 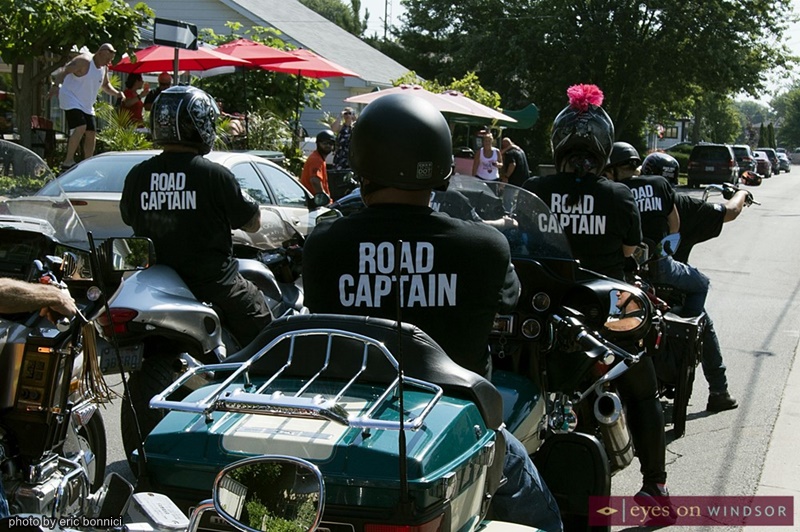 Motorcycle rally ride captains setting out on the Hogs For Hospice Ride in Leamington, Ontario, on Saturday, August 4, 2018. Photo by Eric Bonnici / Eyes On Windsor.

Friday night kicks off the festivities at Seacliff Park, stroll through the vendors and stay for an epic concert featuring the Motley Crue’s legendary Vince Neil, and opening the show is Grammy Award nominated rockers Buckcherry. 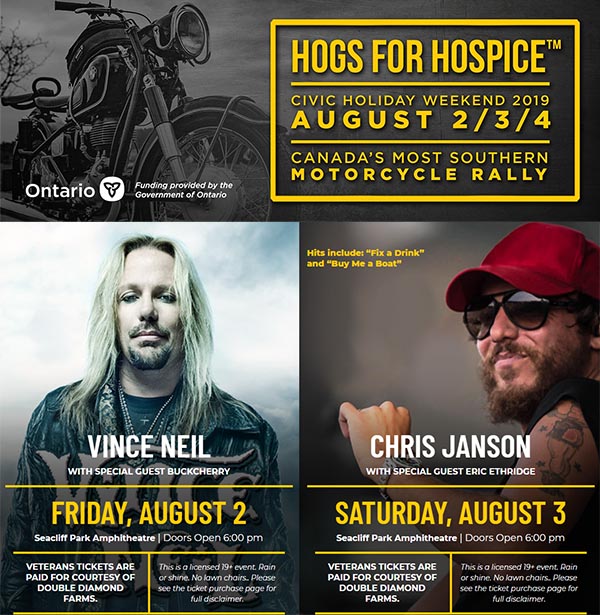 Vince Neil’s unmistakable voice leads some of the greatest rock songs of a generation including “Wild Side”, “Shout at the Devil,” “Home Sweet Home,” “Girls, Girls, Girls,” “Dr. Feelgood,” “Kickstart My Heart,” “Same Ol’ Situation,” and many others.

Buckcherry is a Grammy Award-nominated band responsible for smashes including “Lit Up”, “Crazy Bitch” and “Sorry”. They staunchly uphold the commandments of rock music with an arsenal of anthems primed to explode on impact and teeming with riotous energy, sexy swagger, and primal chops intact.

Janson’s sophomore album, Everybody, produced his second No. 1 hit single, “Fix A Drink”, the chart topping follow up to his No. 1 debut smash and summer anthem “Buy Me A Boat”. His current single “Drunk Girl”, is Top 10 on the country airplay charts and won Song of the Year at the Music Row awards. 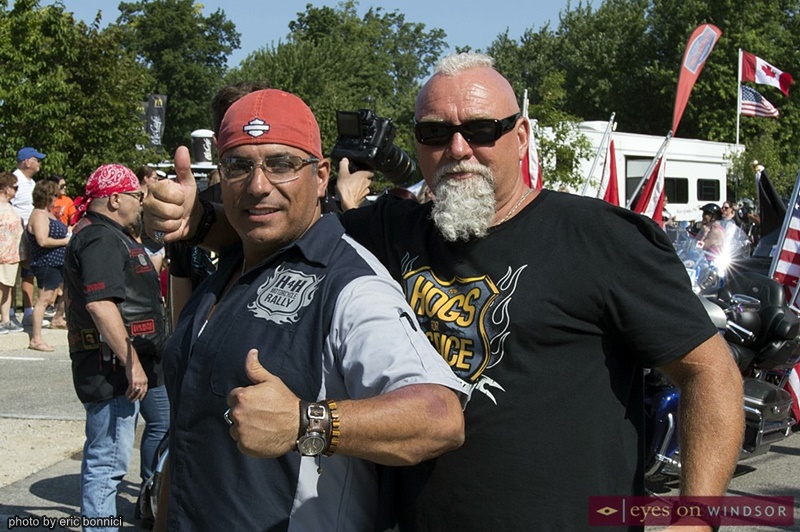 Hogs For Hospice organizer gives a thumbs up just before the motorcycle ride set off in Leamington, Ontario, on Saturday, August 4, 2018. Photo by Eric Bonnici / Eyes On Windsor.

Sunday will round out the weekend with a Pancake Breakfast followed by a church service and fun including Bob’s Bike Games and the Pro Rider Freestyle Motocross Show.

Proceeds from the event will help The Leamington District Memorial Hospital Foundation support The Hospice of Windsor and Essex County Erie Shores.

Proceeds from the event will help The Leamington District Memorial Hospital Foundation support The Hospice of Windsor and Essex County Erie Shores. 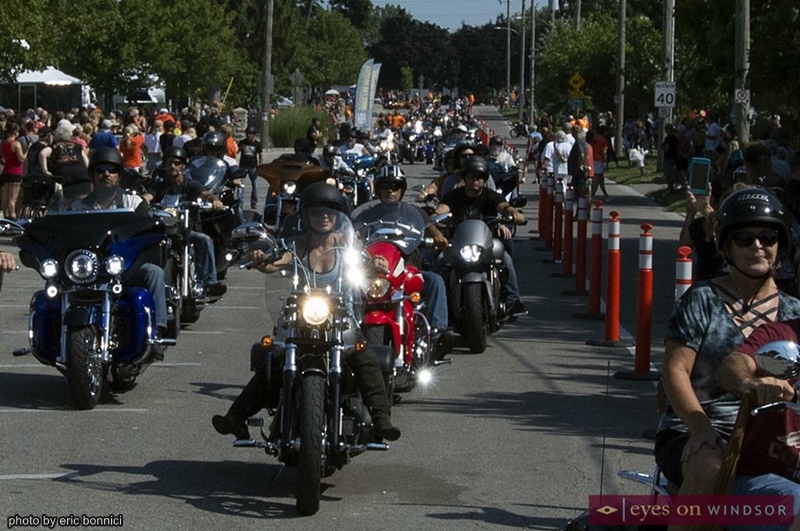 Hogs For Hospice participants leaving the starting line as they set off for the motorcycle ride in Leamington, Ontario, on Saturday, August 4, 2018. Photo by Eric Bonnici / Eyes On Windsor.