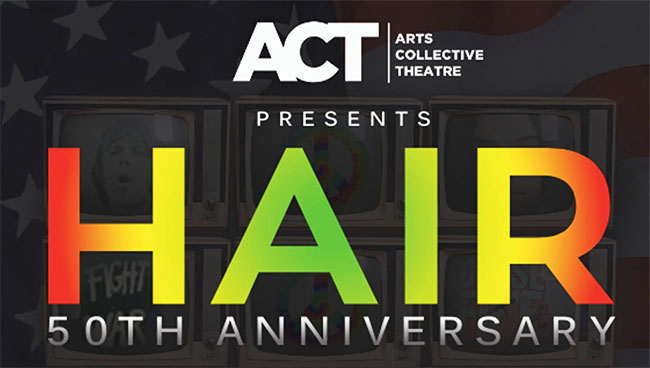 Hair, a show that celebrates its 50th anniversary this year, tells the story of the “tribe”, a group of politically active, long-haired hippies of the “Age of Aquarius” living a bohemian life in New York City and fighting against conscription into the Vietnam War. Claude, his good friend Berger, their roommate Sheila and their friends struggle to balance their young lives, loves, and the sexual revolution with their rebellion against the war and their conservative parents and society. Ultimately, Claude must decide whether to resist the draft as his friends have done, or to succumb to the pressures of his parents (and conservative America) to serve in Vietnam, compromising his pacifist principles and risking his life. 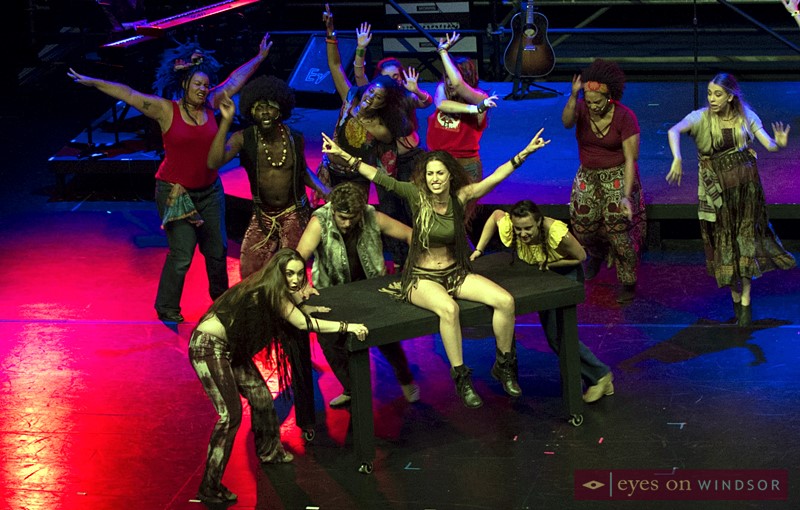 The cast of Arts Collective Theatre’s production of Hair performing during a dress rehearsal at The Capitol Theatre in Windsor, Ontario, on Wednesday, September 5, 2018. Photo by Eric Bonnici / Eyes On Windsor.

From its off-Broadway debut in 1967 at The Public Theater to its stunning Broadway premiere in 1968, HAIR changed everything: Theater. Broadway. Politics. Film. Music. HAIR’s famous tribe brought anti-war politics, rock ‘n roll music, and even the audience members onto the stage for the first time.

HAIR defined the “rock musical,” exuberantly celebrating the hippie counterculture, anti-war movement and sexual revolution of the 1960s with a rainbow score of hits – including “Aquarius,” “Hair,” “Easy to be Hard,” “Be In,” “Where Do I Go?” “Good Morning Starshine,” and “Let the Sunshine In” – that have become ingrained in pop culture. Billboard said that HAIR’s score is “the most successful score in history as well as the most performed score ever written for the Broadway stage.” Music from HAIR is still heard or performed daily all over the world.

ACT Windsor’s new 30 Under 30 summer program brings together youth 18 to 30 years old to develop theatre skills, be mentored by local artists, and produce a show. It is dedicated to celebrating Windsor-Essex County’s artistic talent under the age of 30. This program serves to bring together young artists as they look for ways to continue to showcase their talent both during and post education.

Tickets can be purchased online or at the Capitol Theatre box office during the business hours:
Wednesday – Friday 10:00am – 6:00pm
Saturday 10:00am – 2:00pm 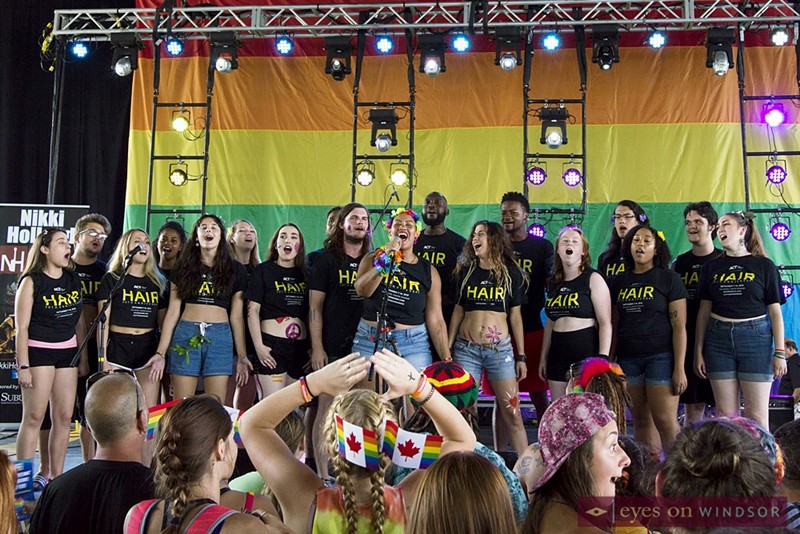 The cast of HAIR presented by ACT Windsor performing during the Windsor Essex Pride Festival on Sunday, August 12, 2018. Photo by Eric Bonnici / Eyes On Windsor.