Girl In The Goldfish Bowl Presented by Korda Artistic Productions 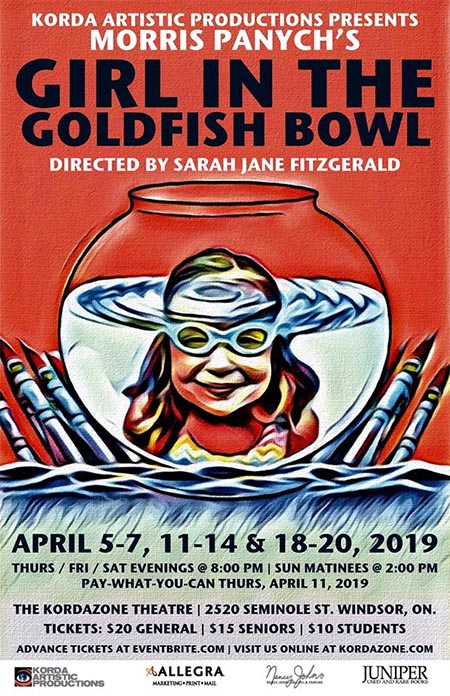 Set in Steveston, British Columbia near Vancouver in the 1960s, Morris Panych’s Canadian Comedy-Drama, Girl In The Fish Bowl tells the story of a young girl who is preoccupied with the events leading up to what she describes as “the last few days of my childhood.” After the death of her goldfish, Amahl, she finds a man washed up on the beach and thinks he is the reincarnation of her beloved pet. She brings the stranger back to her home thinking he can bring her divided family together again. It is into the goldfish bowl of this dysfunctional family of lethargic piranhas, existential bottom-feeders, and aggressive guppies that the audience peers with incredulity, acute recognition, hysterical laughter, and an overwhelming sense of the creative healing power of the imagination.

Cast (in order of appearance)

“Emotionally waterlogged… We soak up Iris’s story as seen through her eyes – the distorted, confused, yet extremely perceptive eyes of a child desperate to keep her broken family together… a memory play where reality and fantasy swim and churn together in a theatre-of-the-absurd style that examines the existential themes but, at its heart, is a child’s recollection of a traumatic experience through dysfunction and abandonment.” – The Sault Star.

The April 11th show is pay what you can night. 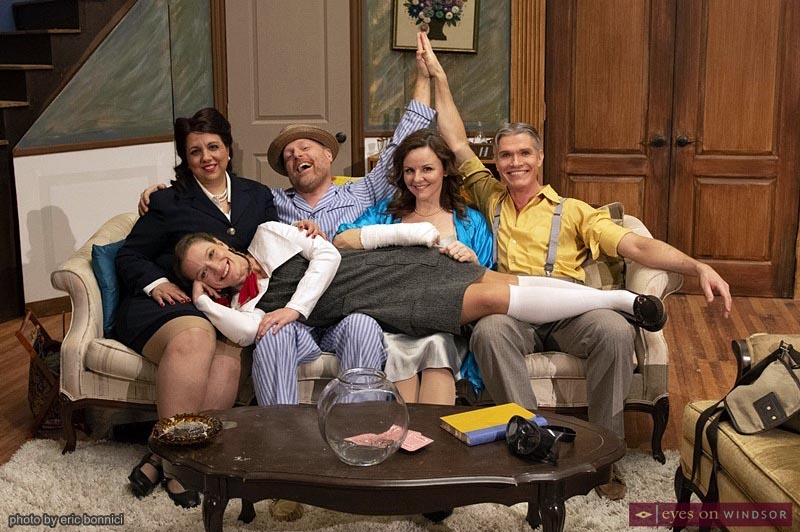 The cast from Korda Artistic Productions presentation of Girl In The Goldfish Bowl at Kordazone Theatre in Windsor, Ontario, on April 3, 2019. From left, Cindy Pastorius (as Miss Rose), Clinton Hammond (as Owen), Kristy Loewen (as Sylvia), Greg Girty (as Mr. Lawrence) and laying across them Paige Panella (as Iris). Photo by Eric Bonnici / Eyes On Windsor.