Footloose The Musical presented by ACT Windsor’s 30 Under 30 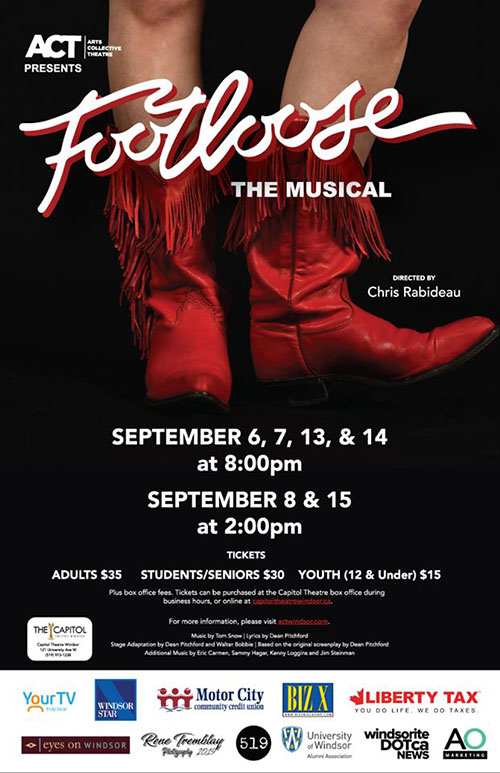 Everybody get ready to cut loose, as this explosive rock ‘n’ roll musical bursts to the stage with amazing local talent under the age of 30.

Based on the 1980s hit film that took the world by storm, Footloose the musical sizzles with the same spirit of youth, rebellion and romance.

Footloose is the story of city boy Ren who thinks his life is over when he is forced to move to Bomont, an American rural backwater. But things are far worse than he could have ever imagined, as the town bans dancing. It isn’t long before Ren can’t resist breaking the rules, and he’s not alone.

Memorable musical numbers such as “Holding Out for a Hero”, “Almost Paradise”, “Let’s Hear it for the Boy” and of course, the unforgettable title track “Footloose”, will be sure to get your toes tapping and your head bobbing to their infectious beats.

THIS IS A SHOW YOU DON’T WANT TO MISS!

ACT’s 30 Under 30 is a summer program that brings together youth 30 and under to develop theatre skills, be mentored by local artists, and produce a show. It is dedicated to celebrating Windsor-Essex County’s artistic talent under the age of 30. This program helps young artists as they look for ways to continue to showcase their talent both during and post education. 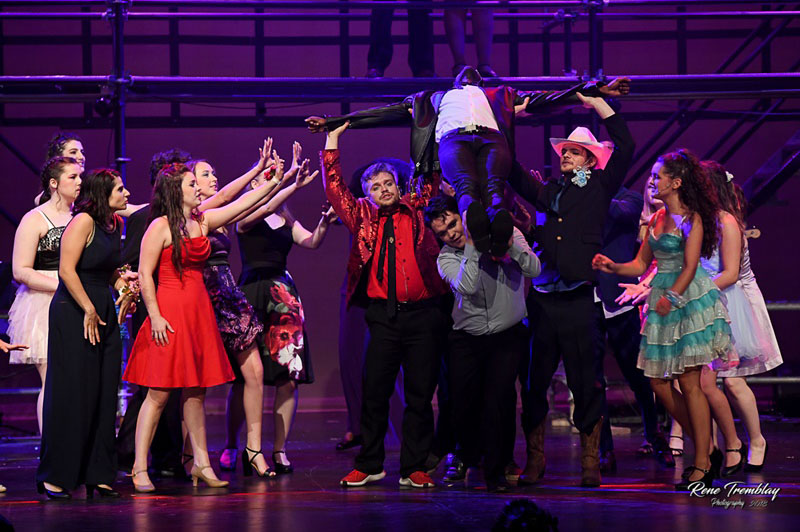 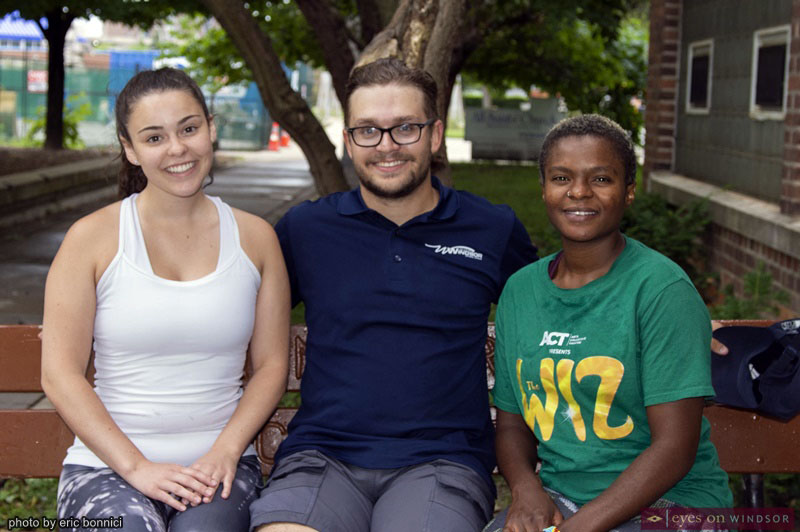 Actors Gillian Marshall cast as Ariel Moore, Flyod Nolan-Ducedre cast as Ren McCormack, and Jolie Katembo cast as Aunt Lulu Warnicker and taking on the production role of choreographer in Footloose The Musical presented by Arts Collective Theatre sitting outside the theatre group’s office at All Saints Church in downtown Windsor on July 23, 2019. Photo by Eric Bonnici / Eyes On Windsor.