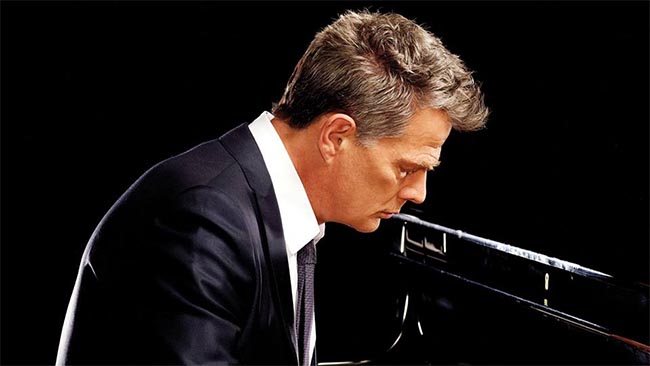 Back by popular demand, Grammy award winning producer David Foster returns on The Hitman Tour to perform live on The Colosseum Stage at Caesars Windsor on Sunday, June 9, 2019.

Foster who launched his first US tour in over eight years in 2018 with limited Canadian dates, is set to launch his first tour of his beloved Homeland, Canada, including a show right here in Windsor, Ontario, at Caesars Windsor.

An Intimate Evening with David Foster on The HITMAN Tour: is just that – an intimate evening with one of the biggest musical forces of our time. The 16-time Grammy award winning writer and producer performs songs he wrote or produced from his four decades of hits. His performance will include fascinating storytelling about the songs, artists and moments of his life. Some of the music man’s hits include Celine Dion’s “Because You Loved Me,” Whitney Houston’s “The Bodyguard”, Earth Wind and Fire’s “After The Love Is Gone,” Chicago’s ”You’re The Inspiration”, Josh Groban’s “You Raised Me Up,” Michael Bublé’s “Home,” Natalie Cole’s “Unforgettable” and many, many more.

At Foster’s last appearance on The Colosseum stage in 2018, the Caesars Windsor audience echoed the rave reviews of thousands of US Tour concert goers! Promising another incredible night to remember, Foster brings an amazingly talented group of singers with him on this tour: Pia Toscano, (American Idol), Shelea Frazier (Stevie Wonder) and Fernando Varela (America’s Got Talent). They all bring their own uniqueness to his show.

In the four decades of his impressive career, Foster has established himself as one of the most successful songwriters, composers, and record producers in history. For his groundbreaking work in music and composing, Foster has won six JUNO awards, 16 Grammy Awards, an Emmy, a Golden Globe and has received three Oscar nominations for best Original song. In 1998, Foster was inducted into the Canadian Music Hall of Fame; in 2002, the Canadian Walk of Fame; and in 2010, he was honored by both the Canadian and the American Songwriters Hall of Fame. In 2013, Foster received a star on the Hollywood Walk of Fame, located notably next to his icons – John, Paul, George and Ringo – of the Beatles.

In March, The Canadian Academy of Recording Arts and Sciences (CARAS) will honor David with the 2019 Humanitarian award at the JUNO awards.

Apart from returning as a Celebrity Judge on Asia’s biggest talent competition show, Asia’s Got Talent, Foster is gearing up to take on Broadway with several projects including writing the music for a new musical about the iconic animated character Betty Boop. He is also writing the music for a musical based on the Amy Bloom novel and New York Times bestseller Lucky Us. His studio album Love that he produced with fellow Canadian Michael Buble was released November 2018 to rave reviews and entered The Billboard Top 200 Chart at #3.

Don’t miss out seeing David Foster on The Hitman Tour! Tickets start at $28 Canadian and go on sale at noon EST on Friday, March 1st.

David Foster An Intimate Canadian Through & Through Thrills in Windsor 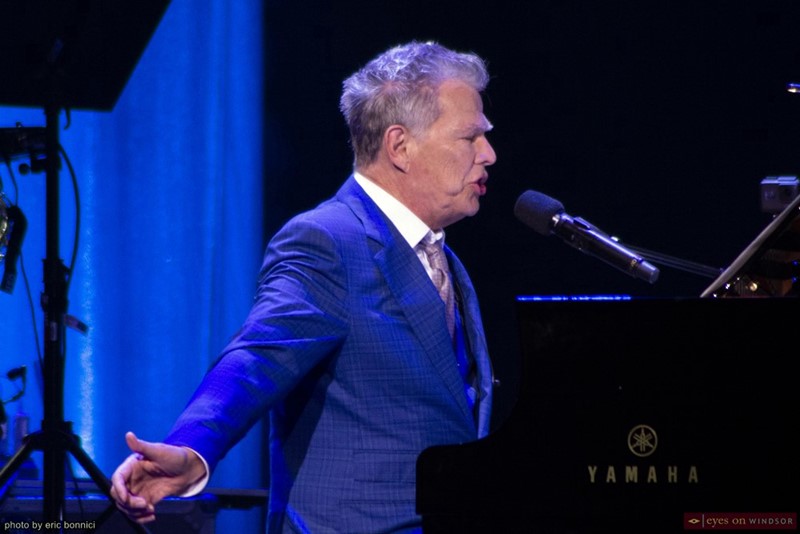 David Foster performing during his first ever Canadian Tour, An Intimate Evening With David Foster – The Hitman Tour, at Caesars Windsor, on Sunday, June 9, 2019. Photo by Eric Bonnici / Eyes On Windsor.