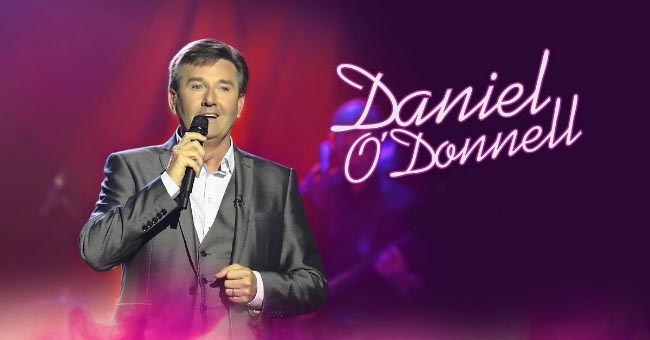 O’Donnell burst into superstardom in the U.S. in 2002 with his first ever PBS special – The Daniel O’Donnell Show. That began a special relationship between Daniel and PBS and since then, he has recorded a further twelve specials, with ‘Stand Beside Me’ being his 13th one in 2013. A consummate entertainer and one of the most fan-friendly artist on tour, O’Donnell not only performers Irish favourites, his playlist is eclectic. His comedy and story-telling have endeared fans the world over.

The Irish singer made record-breaking chart history by becoming the first recording artist in the history of the UK Artist Album Chart to have charted at least one new album every year since 1988, an unprecedented and unbroken 29 year span. Along with this, O’Donnell makes regular appearances in the Billboard World Music Chart.

In total, O’Donnell has now reached the UK Artist Albums Chart with more than 35 albums and has now amassed 30 Top 30 albums over the course of his career. Over his long and continuingly successful career Daniel has received many accolades including an honorary MBE from Queen Elizabeth, an appearance on Top of the Pops, his life celebrated on This Is Your Life and multiple Entertainer of the Year/Person of the Year Awards in Ireland and the UK to add to his record breaking chart appearances.

Don’t miss out on seeing Daniel O’Donnell on stage at The Colosseum!