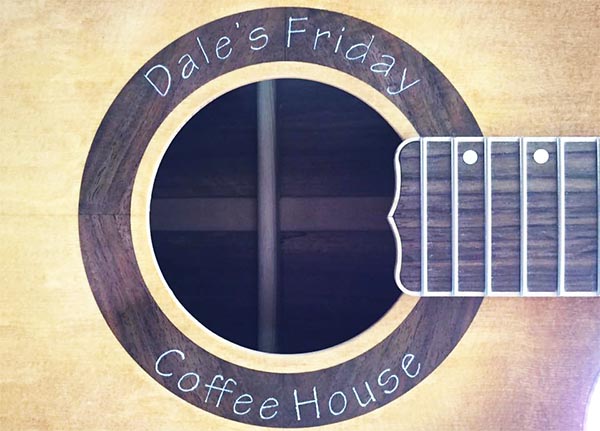 Join folk music singer songwriter Dale Butler every month for a local line up of live musical entertainment during Dale’s Friday Coffee House at The Bank Theatre in Leamington.

Please Note: This Show Has Been Cancelled / Postponed Due

The evening will be hosted by Dale Butler and radio personality Jan Hall from Folk Roots Radio. Presented by The Bank Theatre and Meeting Place.

Come out for a great night of Acoustic Music, Refreshments, and Community!

No Cover but a suggested donation of $10 per person is encouraged (Pass The Hat). 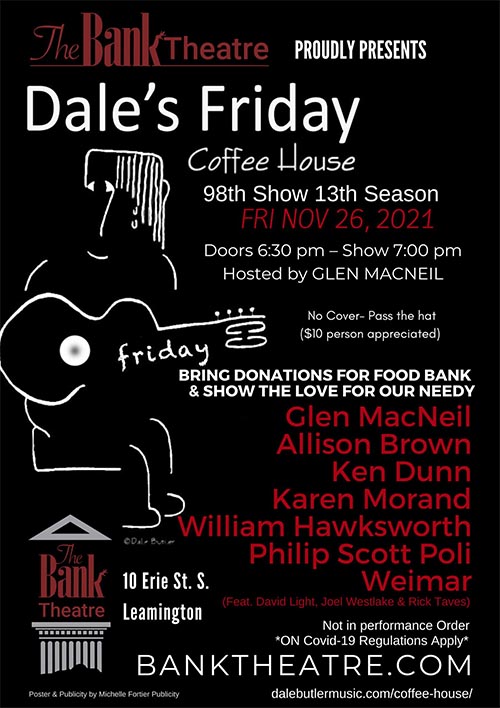