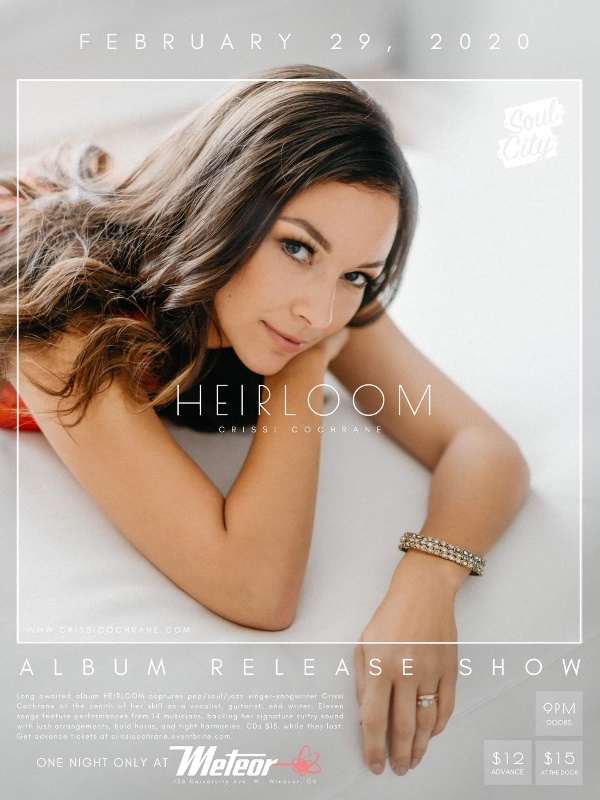 After six years, Crissi Cochrane returns with the full-length album Heirloom – her longest yet, clocking in at 11 tracks, and her largest production ever, with the talents of 14 musicians, backing her songs with a solid rhythm section and a small orchestra.

Heirloom is the first original album to come out of the Soul City Music Co-op, a musicians’ co-op based in Windsor, Ontario, and co-founded by Crissi Cochrane and her husband/producer, Soul Brother Mike. Second to starting a family together, Heirloom is Crissi and Mike’s greatest collaboration, combining Crissi’s next-level songwriting and performance with Mike’s brilliant mind for arrangements that build and complement, a harmonious balance of mood, music, and meaning.

Heirloom is Crissi at the zenith of her skill as a vocalist, guitarist, and writer, fully matured and immaculately presented, poised to indelibly imprint the sound of Canadian music on a global scale.

Advance tickets are $12 exclusively on Eventbrite , and tickets at the door will be $15. Space is limited, so please reserve your ticket to guarantee your spot. CDs will be available for $15 each, while supplies last.

This campaign, run through Qrates and requires her to reach a target of at least 100 pre-orders for the vinyl to be manufactured.

She still has several copies left to move.

If you think you might like to own this on vinyl, your window of opportunity is closing fast. Copies are only $21 USD plus shipping, and come with a digital download. Crissi set the price as low as she could, because, as Crissi says, to her, “this is not about making money, it’s about getting her music to exist on this lovely format, at last!”

Grab a copy of Heirloom on Vinyl at https://qrates.com/projects/19510 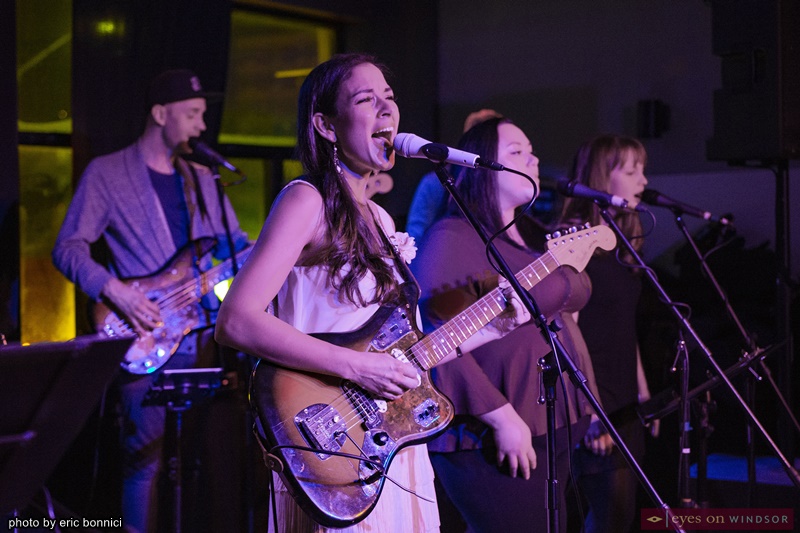