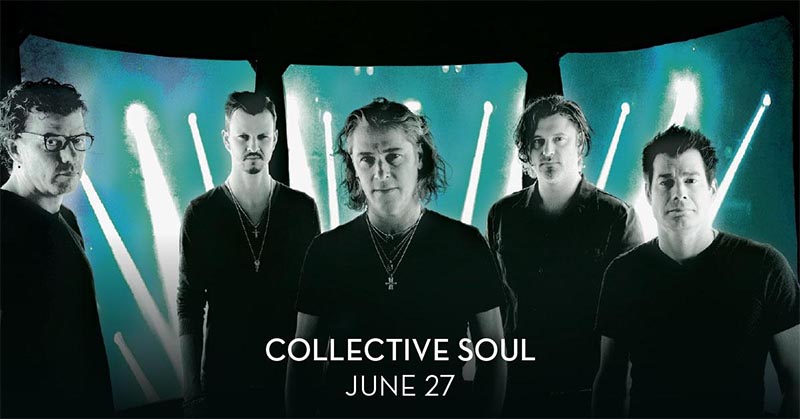 Born during the rise of grunge and alternative rock, Collective Soul helped shape and define alternative rock in the early 1990’s. They burst onto the national scene with the runaway success of their debut album Hints Allegations and Things Left Unsaid and its mega smash hits “Shine” and “Breathe.”

With insightful songwriting and impeccable band chemistry this quintet has produced an impressive catalog of #1 hits such as “December”, “The World I Know” and “Gel”. Collective Soul has sold over 20 million records worldwide and continues to average over one million Spotify streams per month. They were inducted into the Georgia Music Hall of Fame in 2009 and play to sold-out audiences across the globe.