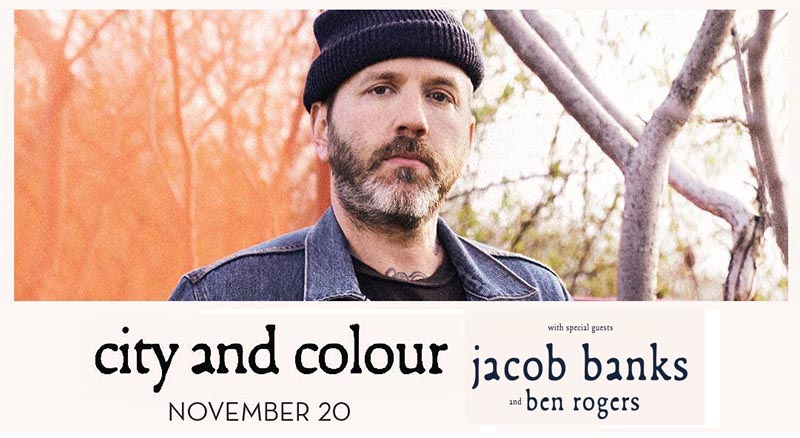 City and Colour is undeniably one of the biggest groundswell stories to emerge from Canada with popular hits such as “The Girl”, “Sleeping Sickness” and “Save Your Scissors”. Over the course of five studio albums, Green has compiled a canon ripe with songs born of adoration and devotion garnering him three JUNOs, including two Songwriter of the Year awards plus three Double Platinum, one Platinum and one Gold certification in Canada. City and Colour’s last studio album If I Should Go Before You debuted at #1, his third consecutive chart-topper in Canada.

Green also released four records as part of Alexisonfire, which have all received Gold and Platinum certification in Canada. In collaboration with P!nk as folk music duo You+Me, Green released 2014’s rose ave. which made its entrance at #1 on the Canadian Albums Chart and #4 in the USA.

City and Colour has partnered with PLUS1 for all North American tour dates and will contribute $1 from every ticket sold in Canada to MusiCounts and Indspire. For more information please visit http://plus1.org