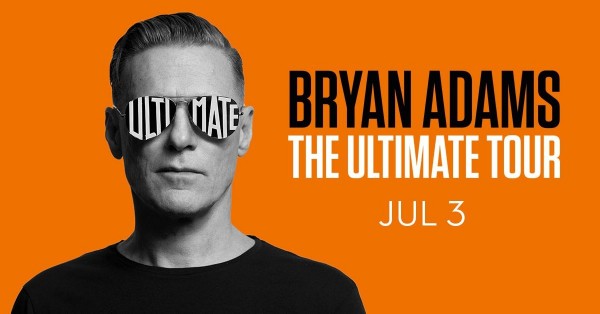 This June, Caesars Windsor is thrilled to celebrate a decade of world-class entertainment at the award-winning Colosseum. As part of the exciting Anniversary celebrations planned throughout 2018, The Colosseum will host a stellar calendar of A-list concerts across a variety of genres throughout the year.

Tim Trombley, Director of Entertainment, Caesars Windsor, said, “We are thrilled to welcome the talents of Bryan Adams for the first time to the Colosseum stage. He is an international superstar and the perfect artist to kick off what will be another incredible year of shows and 10 years of headline entertainment.”

Known the world over for his signature brand of feel-good rock and roll and big ballads, Bryan Adams is an icon of epic proportions. Throughout his celebrated career, Adams’ music has achieved #1 status in over 40 countries and sold over 75 million records worldwide! He has earned a Canada’s Walk of Fame induction, 18 Juno Awards, three Academy Awards, five Golden Globe nominations, a Grammy Award and several American Music Awards for his hits “Everything I Do (I Do It For You),” “Summer of ’69,” “Cuts Like a Knife,” “Run to You” and so many more.

The Ultimate tour is in support of his latest album release of the same name. It’s a reflection of Adams’ extensive back catalogue of studio, live and compilation albums as well as 75 singles – Ultimate condenses all his fan favourites and chart-topping hits into an incredible 21-track collection.

Don’t miss out on seeing the legendary Bryan Adams, live! Tickets start at $55 Canadian and go on sale on Friday, March 2, 2018.