Brian Wilson Of The Beach Boys Live At Caesars Windsor 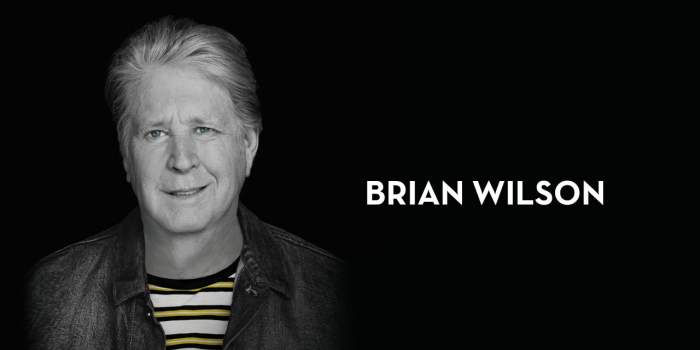 Brian Wilson is embarking on his 2018 Pet Sounds – The Final Performances tour with special guests Al Jardine and Blondie Chaplin.

The main creative force behind some of the most cherished recordings in rock history, it is no exaggeration to call Brian Wilson one of the most influential composers of the last century. Wilson was barely out of his teens when he began to create some of the most beloved records ever- nine consecutive “gold” albums that featured such classics as “Surfer Girl,” “In My Room,” “I Get Around,” “Don’t Worry Baby,” “Fun, Fun, Fun,” “Help Me Rhonda” and “California Girls”. These are just a handful of the more than two dozen Top 40 hits Brian co-wrote, arranged, produced and performed with his family band, the Beach Boys.

By 1966, though, glorious harmonies, ingenious hooks and four years of virtually uninterrupted creative growth and commercial success was no longer enough to satisfy Wilson, and as his artistic horizons expanded dramatically, he produced three records in that landmark year that forever changed the course of popular music including the iconic Beach Boy albums Pet Sounds, Good Vibrations and the unfinished, unreleased SMiLE. The first two albums hit the top of the charts and produced several Top 10 hit singles including “Wouldn’t It Be Nice,” “God Only Knows” and “I Get Around”.

Many years later, Wilson would release his first solo album Love and Mercy in the late 80s. The 90s re-release of Pet Sounds and Good Vibrations on CD, earned the albums Gold Platinum status as well as a Grammy nomination for Wilson. It also created a new generation of fans worldwide.

Don’t miss out on seeing the legendary Brian Wilson, live!