Comedian Bill Burr, Creator of F is For Family, Live at Caesars Windsor 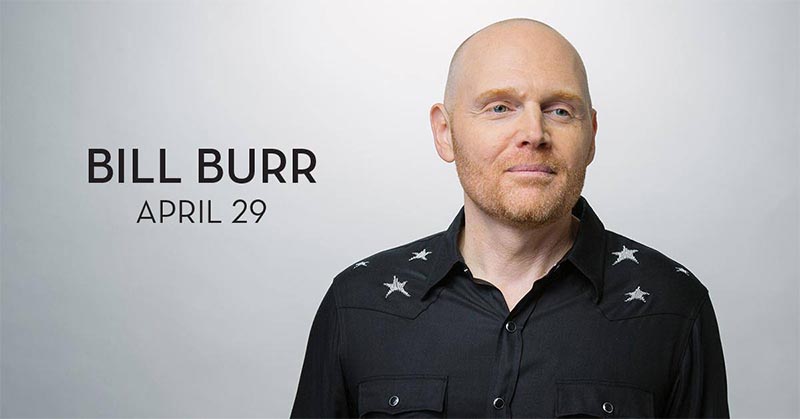 American comedian, writer, actor and podcaster, Bill Burr, will bring his stand-up routine to The Colosseum stage at Caesars Windsor on Wednesday, April 29, 2020.

Bill Burr is one of the top comedic voices of his generation achieving success in TV and film as well as the live stage. Known for his no-punches-pulled stand-up routines, Burr is one of the most popular comedians working today, regularly selling out theatres across the globe with his anger-filled anecdotes.

Having first gained notoriety for his recurring role on the second season of Chappelle’s Show, Bill Burr developed a comedic style of uninformed logic that has made him a regular with Conan O’Brien, Jimmy Fallon and Jimmy Kimmel.

The Boston born comic is also the brains behind the hit Netflix show F Is for Family and his latest stand-up special, Bill Burr: Paper Tiger is also available on Netflix. Alongside F Is for Family, Burr has also appeared on TV shows such as New Girl, The Simpsons, Crashing and Breaking Bad. The comedian has starred on the big screen in films such as Stand Up Guys, Walk Of Shame, Daddy’s Home 1&2 and The Frontrunner.

In 2007, Burr launched the Monday Morning Podcast. The weekly podcast sees Burr discussing current affairs, sports and events in his life without a filter. As one of the most downloaded comedy podcasts on iTunes, it has quickly become a fan favourite.

Tickets start at $50 Canadian and go on sale on Friday, January 24.

For more information or to purchase tickets visit: https://www.caesars.com/caesars-windsor/shows/