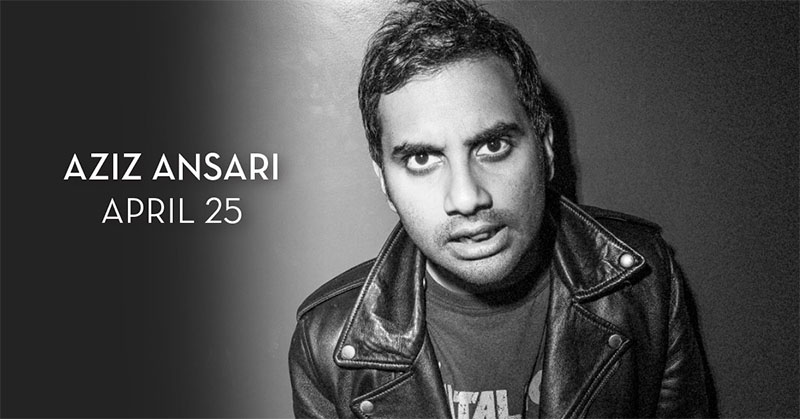 Hilarious actor, producer, comedian and star of the Emmy award-winning Netflix series Master of None, Aziz Ansari, brings his Road to Nowhere Tour to The Colosseum inside Caesars Windsor on April 25, 2019.

Aziz continues to perform stand-up for tens of thousands of people all around the world. He became one of the only headlining comedians ever to sell out two performances at Madison Square Garden in New York in 2015. He has had multiple Netflix stand-up specials including Aziz Ansari: Live at Madison Square Garden, Buried Alive, Dangerously Delicious and Intimate Moments for a Sensual Evening.

On television, Aziz co-starred opposite Amy Poehler in the beloved NBC series Parks and Recreation for the show’s entire seven season run. Aziz’s portrayal of government employee ‘Tom Haverford’ earned him critical praise as one of the show’s breakout stars and garnered him nominations for an American Comedy Award for “Best Comedy Supporting Actor – TV” and a NAACP Image Award for “Outstanding Supporting Actor in a Comedy Series” in 2014.

On the big screen, Aziz has appeared in This Is The End, Funny People, 30 Minutes or Less, Get Him To The Greek, I Love You, Man and more. He has lent his voice to animated projects including Bob’s Burgers, Epic and Ice Age: Continental Drift.