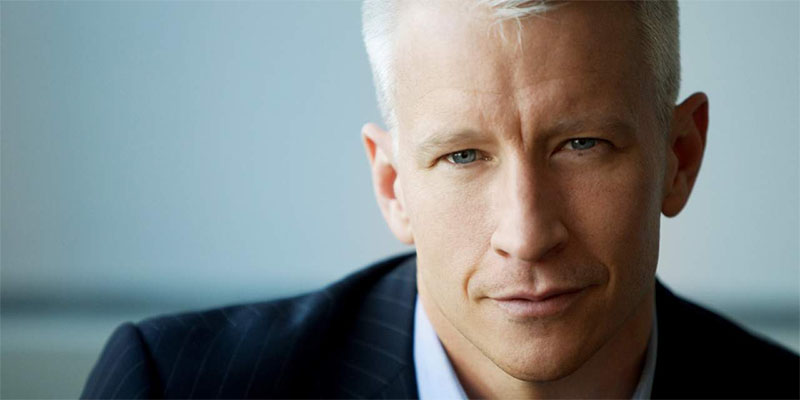 Anderson Cooper, a renowned journalist, television personality and author, will speak on The Colosseum Stage inside Caesars Windsor as part of the of the WFCU Credit Union Speaker Series on Friday, March 29, 2019. This is an all ages show!

Launching in Spring 2019, the Speaker Series, part of WFCU’s Inspire program which was announced in October of last year, provides opportunities for WFCU Members and the community to attend a variety of shows featuring appearances by renowned personalities who will share unique experiences and perspectives on a variety of topics including entertainment, politics, environment, business and the arts.

WFCU Credit Union will welcome Cooper, anchor of CNN’s Anderson Cooper 360°, a global newscast that goes beyond the headlines with in-depth reporting and investigations, and correspondent for CBS’s 60 Minutes, to the Colosseum at Caesars Windsor.

“In introducing our Speaker Series and bringing renowned, high caliber speakers and personalities to our area we hope to provide our Members and the community with unique opportunities that may otherwise not have been available to them,” stated Eddie Francis, President and CEO of WFCU Credit Union. “Our goal with not only our Speaker Series, but our entire Inspire Program, is to bring the community together through engaging, entertaining and educational opportunities the whole family can enjoy.”

Since the start of his career in 1992, Cooper has worked in more than forty countries and has covered nearly all-major news events around the world, often reporting from the scene. Cooper has also played a pivotal role in CNN’s political and election coverage. He has anchored from conventions and moderated several Presidential primary debates and Town Halls. In 2016, Cooper was selected by the Committee On Presidential Debates to co-moderate on the three debates between Donald Trump and Hillary Clinton. In 2016, Cooper wrote…”The Rainbow Comes and Goes: A Mother and Son on Life, Love and Loss” – a collection of correspondence between Anderson and his mother, Gloria Vanderbilt. It debuted at the top of the New York Times Best-Sellers list and remained on the list for three months. Cooper’s first book, “Dispatches from the Edge: A Memoir of Wars, Disaster, and Survival”, was published in 2006 and also topped the New York Times Best-Seller list.

Engage with Anderson Cooper as he offers his unique take on some of the world’s most important news stories. Don’t miss this chance to see this CNN star in a setting like you’ve never seen him before.

For more information or to purchase tickets visit the visit Caesars Windsor website.