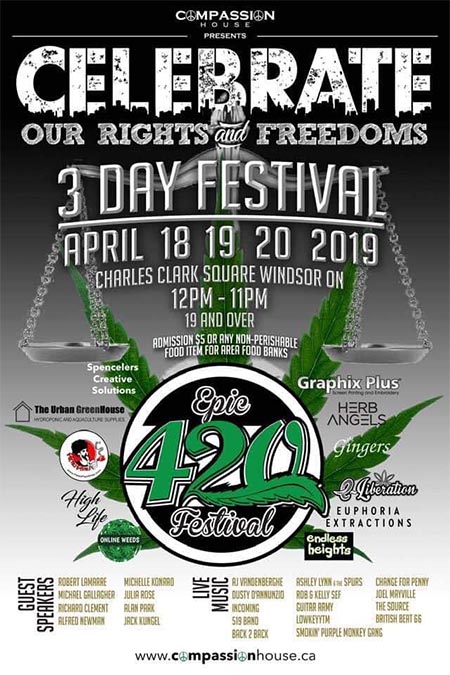 The 3rd Annual 420 Fest, now a three festival in Windsor, is a pro cannabis rally held annually in cities around the world, and locally takes place at Charles Clark Square on April 18, 19, & 20, 2019.

420 Fest seeks to promote public awareness and support for medical marijuana and the legalization of cannabis in Canada.

Guest speakers will take the stage to talk about how Medical Cannabis has helped them.

The event will also feature music, vendor booths, displays and a jumbo tron showing other 420 Fest rallies taking place around the world.

Admission is restricted to participants 19 years old and up with a $5 admission or donation of canned or dry goods in support of Windsor’s local food banks.

The event is organized by local cannabis activist Leo Lucier of Compassion House. 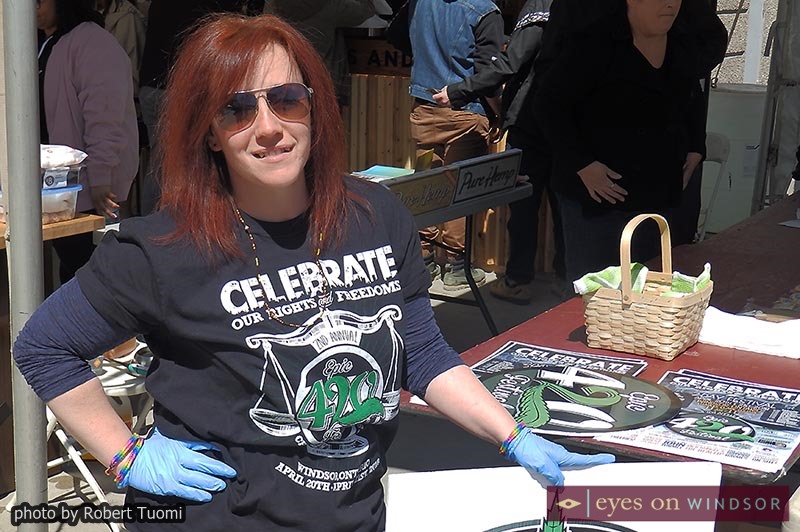 One of the 420 Festival Windsor organizers, Tiffany Hebert sports a t-shirt being sold at the event on April 20, 2018, at Charles Clark Square. Photo by Robert Tuomi / Eyes On Windsor.