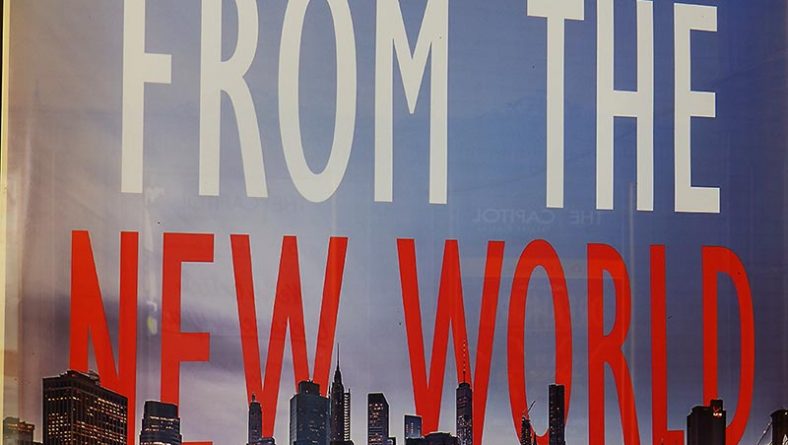 The composition “From The New World” landed with the first man on the moon forty-nine years ago. Now the Windsor Symphony Orchestra is set to perform this moon music from America’s past.

On May 5, Rose City symphonic music lovers get their chance to hear the first symphony ever played on the moon. It is reputed that when American Astronaut Neil Armstrong landed on the moon in 1969 he was accompanied by his own personal recording of Antonín Dvořák’s Symphony Number 9 in E minor.

Although identified by a number, in more popular terms the composition has been known as “From the New World” and is one of the most popular late 19th Century works of any composer.

At the time he wrote it, in 1893, Dvořák was the director of New York’s National Conservatory of Music of America. He arrived at the school with an offer by its founder, Jeannette Thurber, a New York impresario of sorts, of $15,000 a year. In a report on the composer, the New York Times explained such patronage was more than 25 times Dvořák’s earnings in his native Prague.

Initially the famed composer was not about to pack up his family and relocate to a brave new world. As the Times noted, one of his six children, “Otakar Dvořák, wrote decades later that it was his mother, Anna, who most wanted to go, to improve the large family’s finances. In his book ‘Antonin Dvořák, My Father,’ Otakar Dvořák described how his mother forced a family vote at lunch one day – and how his mother acted swiftly after those in favor of the composer’s going to New York carried the day.”

To say it was a bit of a coup for Thurber is an understatement. Dvořák was no ordinary European composer. In fact he was the greatest composer of the day.

Once in America he was taken with the new world’s wide open spaces and, in particular, the music of its Indigenous peoples. He found the rhythms of traditional spirituals most intriguing. Because of this, musicologists talk of Native American music as his inspiration for Number 9.

New York was good to the Austro-Hungarian composer. Those same musicologists calculate that his three year stay in the employ of Thurber had him producing some of the best music of his career with Number 9 inarguably the best of his best.

On Saturday May 5, at 8:00pm in the Pentastar hall in downtown’s Capitol Theatre, Windsor Symphony Orchestra, under Conductor Robert Franz, will perform Number 9. It will be part of the Tepperman Masterworks Series.