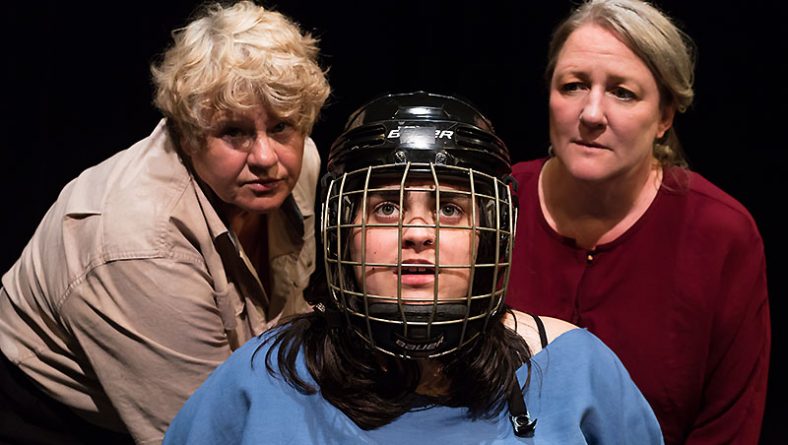 Most often playwrights see their role as explaining things. Watching Glory Die, which premiered Tuesday night in the Hatch Studio, at the University of Windsor’s Jackman Dramatic Art Centre, is no exception, although the explanation itself is somewhat of a tragedy.

Canadian playwright, Judith Thompson, in a pre-show panel discussion, outlined the prime reason for her work. Like many in the country she was shattered when news reports put a spotlight on imprisoned young offender Ashley Smith’s death by her own hands. Thompson, so moved by the tragic turn of events, and convinced the story deserved more than news of the day coverage, set about to document the inauspicious life of a mostly solitary confined, or as it is now called, therapeutic quieted, young girl in the Canadian prison system.

Her play is, in essence, one of three solitudes, played with considerable impact by three outstanding actors. These solitudes never converge, and possibly, that is one of the problems, or challenges, of Canada’s penal institutions.

It all starts with prison guard Gail, played by Kathryn Haggis with the logic of someone from the outside who honestly believes her charges are criminals. Then there is Ashley Smith, or Glory as she is known in the play.

She enters the system for a six month stay after lobbing a crab apple at a postman. Due to her chalking up charges for inside infractions, the six months double and triple with the months becoming years. University of Windsor graduate, Nathanya Barnett, as protagonist Glory, gives a performance loaded with clues of how the tale will end, but which mostly seem to go unnoticed by correctional officers and her loving foster mother.

Kelli Fox, as Glory’s mother Rosellen, builds an immediate rapport with the audience as she reminisces about her joyous time raising Glory. Unlike Gail, she is not about to suggest her girl is anything close to being a criminal. In one scene she earnestly plots out what the pair will do once Glory is released, at this point in 29 days, just in time for spring. The itinerary includes walking together among the morning glories. Fox is a master at painting pleasant scenes but maybe that is the problem. 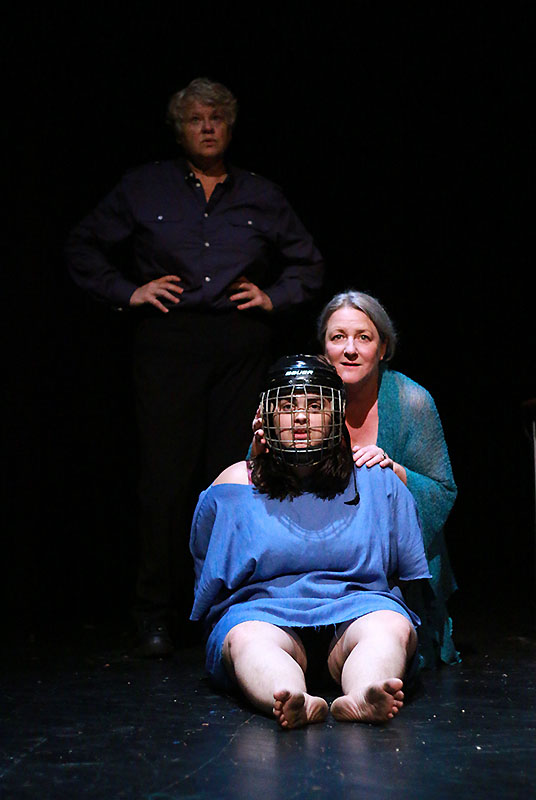 Lady Laforet, executive director of the Windsor Welcome Centre Shelter For Women & Families, speaking as part of the panel, read the play at work and knew there were girls just like Glory outside her office door. And that in a nutshell is the issue. Those girls at her Shelter are possibly suffering borderline personality disorder. The fact is, reported fellow panelist Canadian Senator Kim Pate, prisoners like Glory are rarely properly diagnosed or provided with the assistance they need.

This is quite evident when Glory, so close to release, manages another chargeable misdeed. Ironically, she is somewhat proud of her charges. As a sense of perverse accomplishment, she brags about her 300 being a record. Another glimpse of her real life is her finding comfort in her incarceration simply because she is among her “crew,” the only real friends she has.

Senator Pate was one of the last outsiders to see her alive. She reasons Canada’s Parliamentarians have no idea what is happening in the prison system. Very few, she says, have visited one of the nation’s institutions.

Thomson has built a totally poignant story with outstanding storytellers to continue the country’s knowledge of one very sad, and afflicted, young lady who just happens to represent the stories of many more. It is not only being told in Canada, but also will appear later this summer at the Edinburgh Fringe Festival starting August 1.

Locally, the play will run from July 24 to 27 at the Hatch Studio Theatre, University of Windsor. General Admission is $20.

Tickets can be purchased online at https://www.eventbrite.com/e/watching-glory-die-tickets-60317341793

This production, presented by Windsor Feminist Theatre (WFT) and Kelly Daniels, is recommended for ages 12+ with mature subject matter and coarse language.