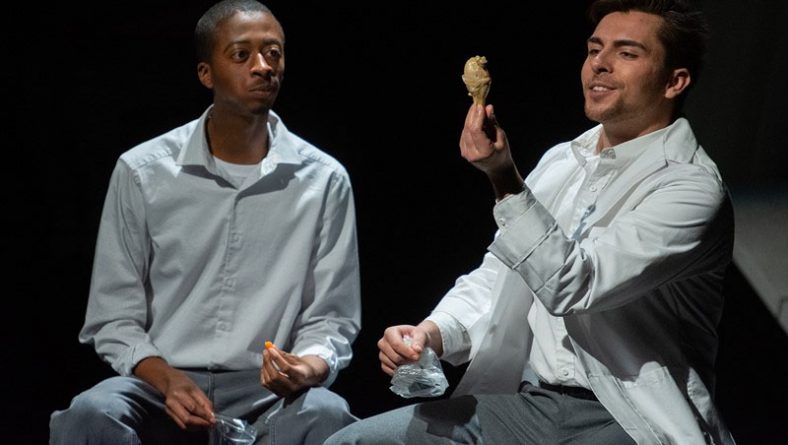 For 60 years, the University Players have played out love, romance, drama and just about everything in-between so it was no surprise to see the Players honour this long history with a play that has just about everything. Love and Information, now playing at the University of Windsor’s Essex Hall Theatre, is one of the most eclectic plays of the 21st Century. It is largely absent a particular beginning and is equally non-committed to a particular ending. In between it offers humour, pathos and love. So novel, its actors continue to act straight through the intermission. 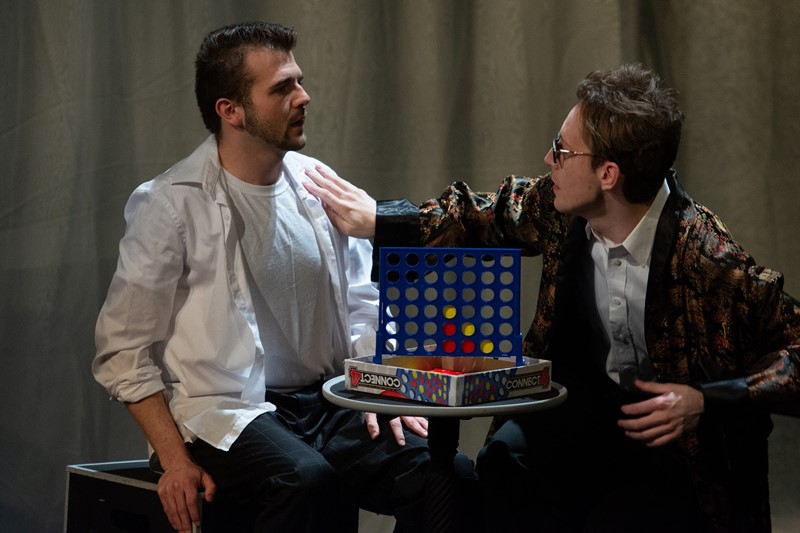 In between its start and finish lives live large with few boundaries. While segments, or vignettes as Director Marc Bondy calls them, are acted out there is no clue as to the gender of the actor’s characters, aside from one less than abstract vignette focusing on a bride and groom’s discussion of the groom’s impotence and the luck his former wife has had bearing progeny for her new beau, a Spaniard.

Much of what is said could be what passengers say on commuter trains. In such situations, only fragments of information are exchanged between riders who know a lot more than those listening in on the conversations. With Love and Information, this lack of copious detail gives the play its well-deserved edginess. And while it is edgy, many of its vignettes touch nerves, situations very relevant to various members of the audience which makes it not only entertaining, but personal. 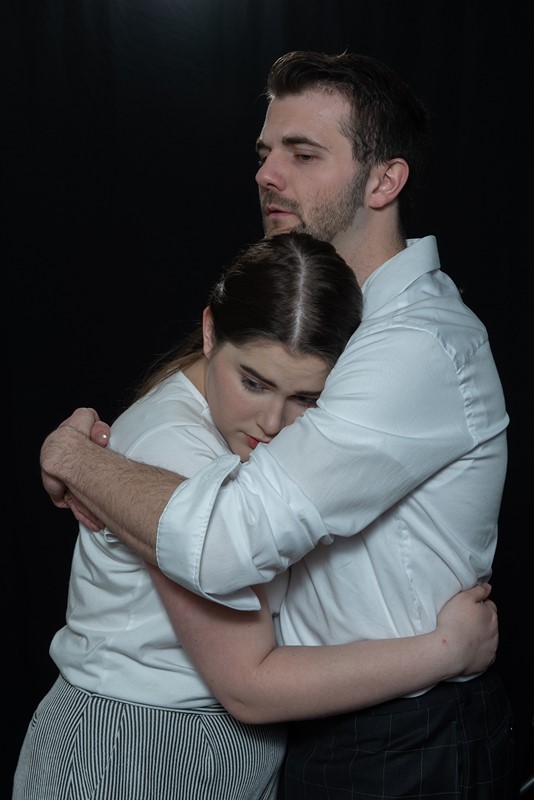 At the core of this coy but delightful initiative, written by Caryl Churchill and first performed in London, England at the Royal Court Theatre, is the interactions of humans looking for a love connection, or hoping to be in such a state. A by-product is humour, of which there is much in the play. There is also tragedy. Sometimes through rejection and sometimes the to-the-bone sadness of those who lose their life’s loves through what is assumed are the vagaries of Alzheimer’s disease. 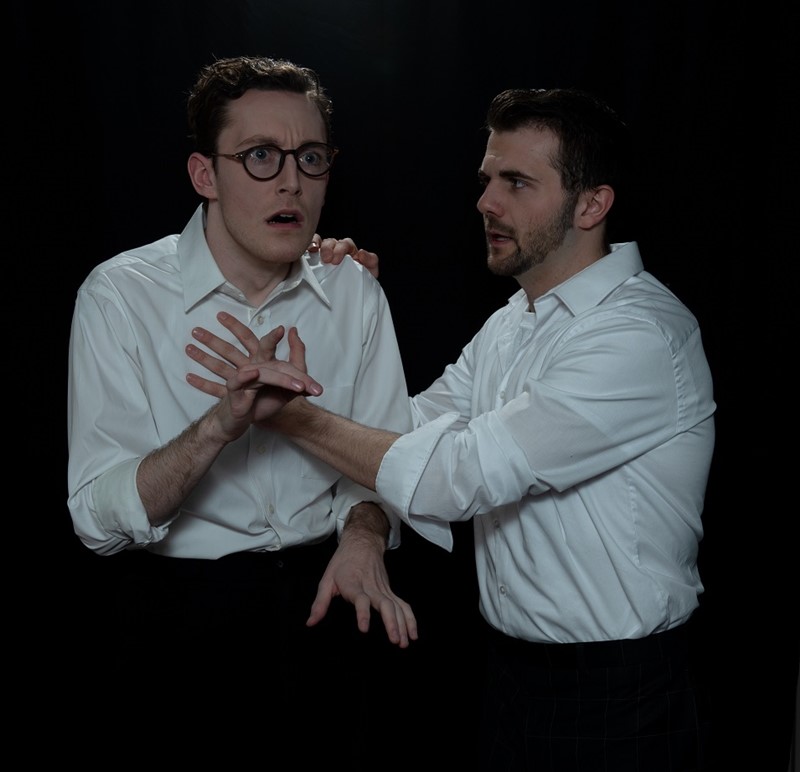 Bringing to life the eccentricities of Churchill are thirteen actors. All have spent four years learning their craft at the University, and it shows it was time well spent. Collectively they play the roles of over a hundred different characters in fifty unique and separate scenes. It is up to the audience to find the clues in each scene and the connections, if any, between them. The exercise is somewhat equivalent to working with a Rubik’s Cube except there are no wrong or right answers. Messages, usually one word or two, are projected on a large screen at the back of the stage to provide a rather sparse introduction of the content of each segment.

In one, under the word “silence,” a girl stands behind a microphone, almost ready to speak, decides instead to drink water, and then decides to leave. That scene alone presents considerable fodder for post-play discussion. Another clever scene provides inaccurate guidance on how to deal with the media when they knock on your door, to wit, tell them you were abducted by aliens but have been returned safely to earth. Possibly it might work. 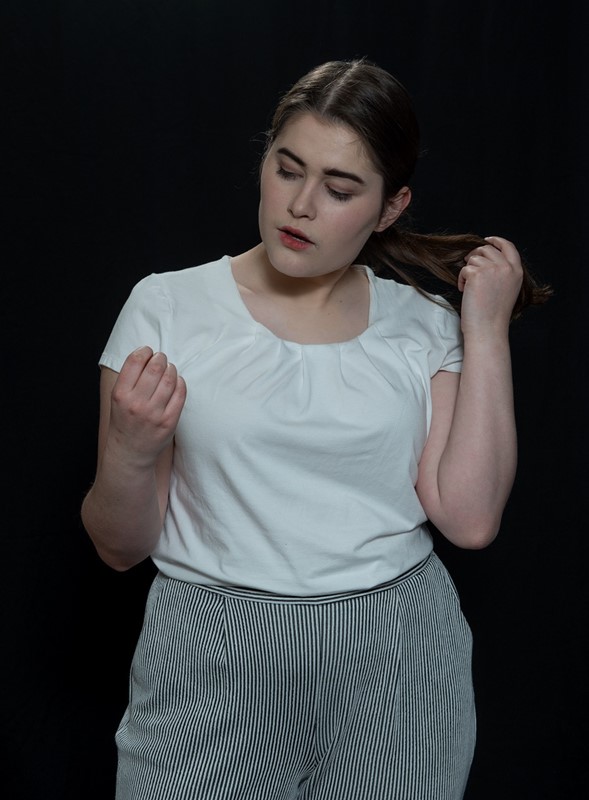 In the first act, of two, the actors use minor costume alterations to change into different characters, such as adding or subtracting a scarf or a sweater. In act two, these costume changes are intensified with the aforementioned bride and groom slipping into highly formal wedding wear.

Sex, or the talk of it, also intensifies in Act 2 which also includes, possibly, the whole meaning of the play, “what are you if you are not information,” posits one of the actors.

Love and Information is the final performance for the University Player’s 60th season. For some in the audience, it caps 6 decades of attendance. One is Jens Hanson. His first play was in 1958. At the time, he tells Eyes On Windsor, he had joined a club. Its members attended a number of plays. Although the club didn’t last long, he kept on coming to the University student’s plays. 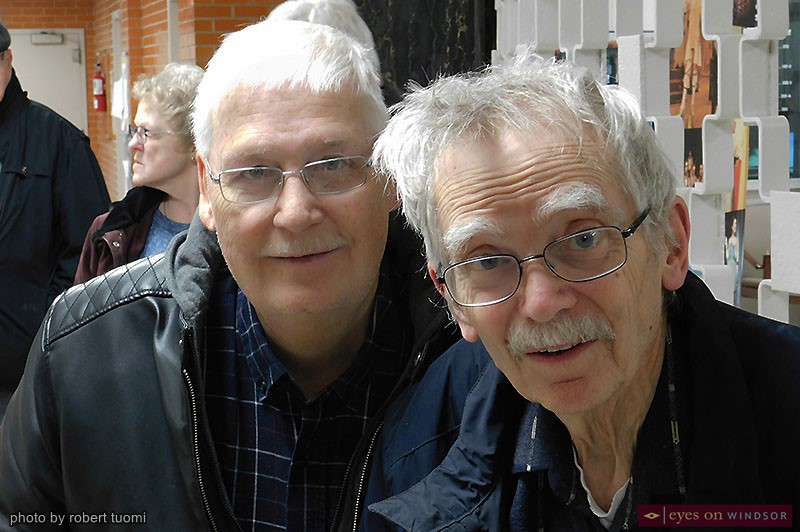 Hal West (right) accompanies his former neighbour Jens Hanson to see University Players’ Love and Information performance at the University of Windsor’s Essex Hall Theatre on Friday, March 22, 2019. Hanson has been attending the University plays since 1958. West, since 2001. Photo by Robert Tuomi / Eyes On Windsor.

The play runs from March 22 to 31. Performances from Wednesday to Saturday start at 8 p.m. and Saturday and Sunday matinee performances start at 2 p.m. On Sunday, March 24th, a “Talk Back” discussion with the actors will follow the performance. Essex Hall Theatre is located on the University of Windsor campus near the corner of Wyandotte and Patricia.

For more information visit http://www.uwindsor.ca/universityplayers/ or the Eyes On Windsor Events Calendar listing for Love & Information.