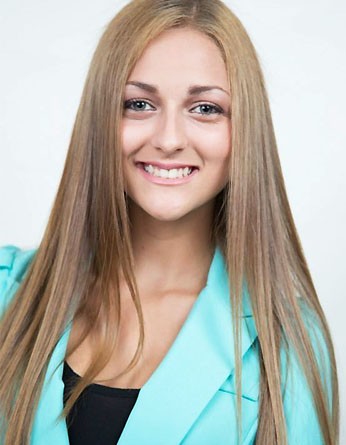 Four passionate young ladies from Windsor Essex will compete for the title of Miss Canada and Miss Teen Canada 2014 in Montreal the first weekend of March. 15% of their total score is based on online votes placed at the Miss Canada website and they’re counting on Windsor Essex for their support.

Stephanie Kirst and Bianca Corio of Windsor, and Nicole Roberts of Amherstburg will compete for the title of Miss Teen Canada 2014. The Miss Teen division is made up of 9 competitors total from across Canada.

Priya Madaan of Windsor will compete for the Miss Canada 2014 title. Madaan is the only local finalist representing Windsor Essex in the Miss division and will compete against 20 competitors from across the nation.

Each young lady is passionate about telling their story and supporting a community cause near and dear to their hearts. Winning the title of Miss and Miss Teen Canada will provide them with the tools, resources, and support to spread their message and make a positive impact on society.

While these pretty ladies are tuning heads, their looks are not essential to win this beauty pageant. In fact, the Miss Canada pageant is a progressive event that focuses on the inner beauty of the competitors. On Feb. 24, during a mentoring session for the local finalists at The Knights of Columbus in Amherstburg, Miss Canada 2012 Jaclyn Miles explains…

“The Miss Canada Pageant, a focus on who we are as women on the inside, is about picking an ambassador who is driven to make positive local and global change using their skills, experiences, and inner strengths. It’s one of the only pageants in the world that judges on personality only and 0% is allotted to external beauty. This is one of only very few pageants worldwide without a bikini category.”

After winning the Miss Canada title in 2012 Jaclyn was able to take her “Break The Silence” campaign across Canada to educate the country about domestic abuse, dating violence, and abusive relationships.

From experience Miles understands the pain of controlling partners, name calling, physical abuse (including being stabbed with scissors), and sexual assault. Today Miles is an advocate for those suffering the same abuse and a beacon of hope demonstrating that they are are not alone and there is help. Miles’ message received a lot of reach and visibility thanks to her reign as Miss Canada.

With a focus on more than appearance, the true beauty of the Miss Canada finalists shines through.

Windsor Essex is lucky to be heavily represented at the Miss Canada Pageant by four finalists and true beauties from our community. 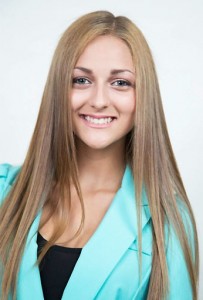 Stephanie Kirst, an 18 year old advertising and marketing communications student at St. Clair College, is new to the pageant scene and Miss Teen Canada will be her first pageant. Kirst became interested in competing while shopping for her prom dress at a shop where Jaclyn Miles worked. The encouter with Miles inspired Kirst to sign up for the pageant. Kirst plans to share her experience with personal and family mental health issues. Her mission is to break the stigma society views mental health issues with and help others who feel alinated, alone, and hopeless understand there is hope and help. Kirst feels mental health issues, like anxiety and depression, are more common than people think and suffering alone in silence by hiding your feelings inside is not necessary.

For years Kirst, with a family history of depression, kept her feelings bottled up inside as she suffered from anxiety and depression. She felt isolated and alone with no idea where to turn for help. Kirst’s grandmother also suffered from depression and eventually took her own life. The loss of her grandmother had a traumatic effect on Stephanie. Today she understands there is hope and help. Kirst says, “It’s ok to cry and talk about your feelings, it is a sign of strength and passion that will help you cope and move forward.”

Should Stephanie become Miss Teen Canada 2014 she plans to raise awareness about mental illness and hopes to break the stigma society places on those suffering. Kirst plans to let people know they are not alone and guide them towards resources that can help and support them.

“I know what it’s like to struggle with mental health issues, to do it silently, and being afraid to speak out and ask for help. I want to be that help.” says Stephanie. 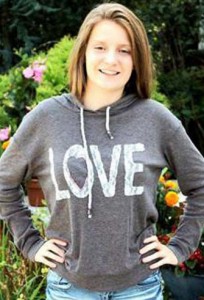 18 year old General Amherst high school student Nicole Roberts is also new to participating in pageants. 2013 was a challenging year for her because her mother was diagnosed with breast cancer and a sibling was bullied to the point of several suicide attempts.

Roberts says, “when teachers were informed of the bullying her sister was told she was lying. My younger sister was extremely depressed.”

The suicide attempts caused emotional turmoil for the entire family. To make matters worse people actual joked about the suicide attempts. Roberts wants people to understand suicide is not a joke. Fortunately, the family was able to pull together and become closer than ever.

Should Roberts become Miss Teen Canada 2013 she plans to raise awareness about the negative effects everyone around the person attempting or committing suicide struggles with. She wants to encourage people to seek the proper resources that can help and to emphasize it isn’t a joke. 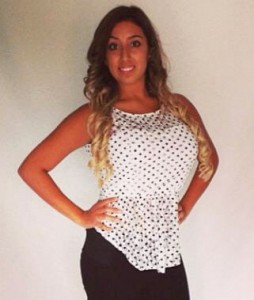 Bianca Corio of Windsor is a 17 year old University Of Windsor student studying Dramatic Arts and Modern Languages. She has participated in two pageants, The Miss Teen Windsor and Miss Tecumseh. Corio is passionate about several causes and an active volunteer in the community. She has raised over $500 for the Canadian Cancer Society (her mother, currently in remission, was diagnosed with stage 4 Hodgkins Lymphoma) and she wants to honor young Kevin Siddal who recently lost his battle with cancer. Corio loves animals and volunteers time at the Humane Society playing with animals.

Corio’s biggest passion is to put an end to bullying. Bianca suffered bullying in high school for years and understands first hand how it can tear down your self esteem and feelings of self worth. Anti-bullying presentations in high school helped her regain her life and self worth. Corio hopes to help others do the same. Corio states, “I am currently working with the Children’s Safety village to develop an anti bullying and confidence building presentation that will be shared with high schools across Ontario.”

Should Bianca take the title of Miss Teen Canada 2014 she plans to share her personal experiences and expand the reach of her anti-bullying and confidence boosting campaign. Priya Madaan of Windsor is an 18 year old nursing student at the University of Windsor. The only local finalist for the Miss Canada division is passionate about improving society.

Madaan has dedicated her time to working with disable children at the John McGivney Children’s Centre. For years she has volunteered with the Heart and Stroke Foundation and the Canadian World Education Foundation (CWEF). CWEF is a non-profit charitable organization that aims to provide financial assistance to underprivileged children, ensuring they receive proper education.

Madaan feels privileged and grateful to be able to access higher education and that everyone, including the underprivileged, should have it too. Madaan has worked with CWEF to raise funds to help children around the world in countries like Kenya, Tanzania, and India access education. Because of her cultural heritage she is particularly aware of the help youth in India require. Madaan states, “there are many poor widowed mothers in India unable to provide an education of their children. There is a need to support education not only in India but all over the world including Canada.”

Clearly, each of these Miss Canada and Miss Teen Canada 2014 finalists from Windsor Essex are not only beautiful on the outside but even more so on the inside. They have and will continue to support our community, country, and the world working to make it a better place for us all. They are inspirational and positive role models for everyone.

Now Stephanie, Nicole, Bianca, and Priya are counting on the community’s support to vote for them online at the Miss Canada website. 15% of their total score is based on online votes. Voting is open through the first weekend of March 2014.