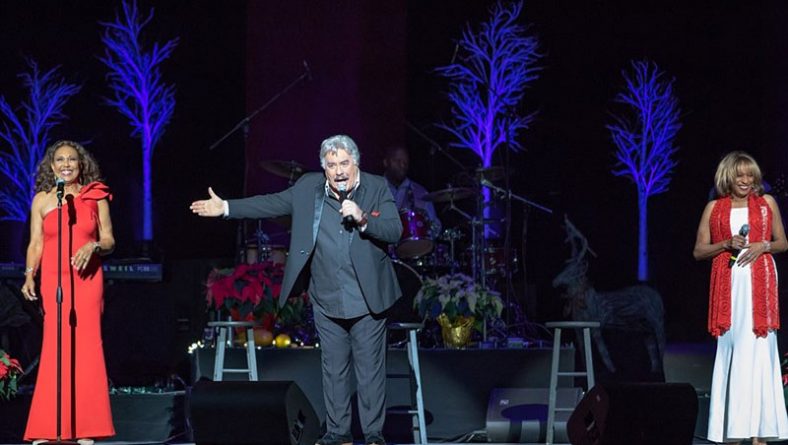 The Tony Orlando and Dawn, A Christmas Reunion show at The Colosseum inside Caesar Windsor Thursday night (Dec. 6), was not just a reunion for the wildly successful 70’s pop group, it was a reunion for fans as well. The mostly older crowd was there to see the group they remember from primetime variety TV decades ago and they weren’t disappointed! Still intact is the chemistry and family friendly humour that made them a hit in the heyday of variety TV. Orlando asked the audience, “don’t Telma (Hopkins) and Joyce (Vincent) still look the same? Me? I’ve changed!” 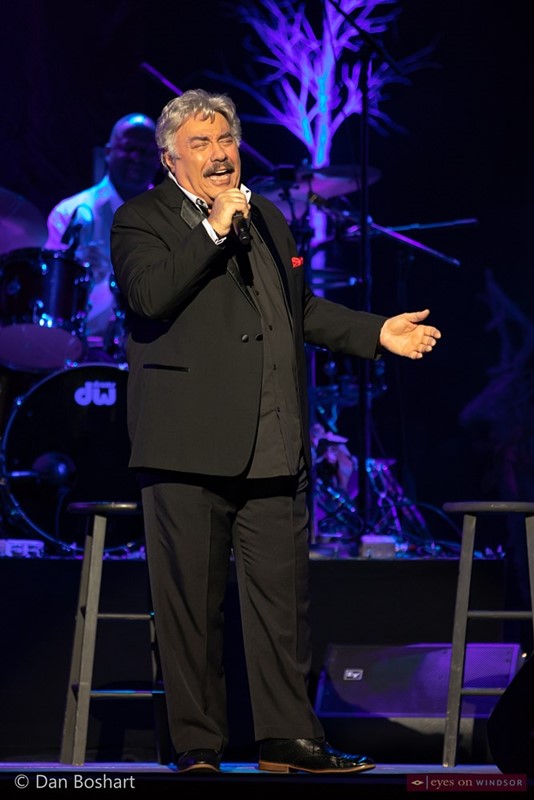 Tony Orlando performing during A Christmas Reunion at Caesars Windsor on Dec. 6, 2018. Photo by Dan Boshart / Eyes On Windsor.

The show began with some traditional Christmas songs and Orlando espousing the true meaning of Christmas. It wasn’t all serious of course, this was the Tony Orlando and Dawn we remember, and when he noticed an older gentleman in the audience with white hair and a beard, wearing a red satin jacket, we knew something was up. He asked the old fellow to stand up and come up to the stage, and when he remarked that he reminded him of someone (ZZ Top), we knew the joke was on. Later in the show Santa came back dressed in his suit and sang duet on a version of Feliz Navidad. 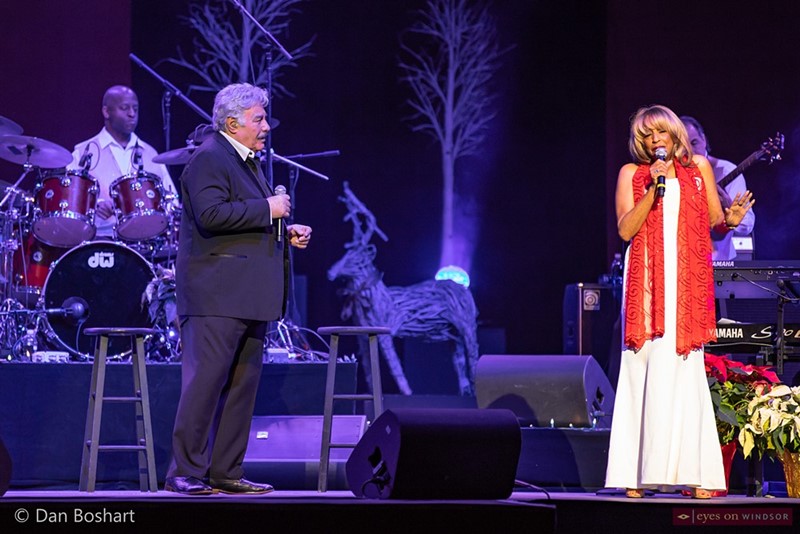 As good as the group performed the Christmas classics, the show didn’t really hit its stride until late in the set when they launched into a five song run of their greatests hits. It started with Tony introducing his long time friend and collaborator on keyboards, Toni Wine. He told the audience that he and Wine had met in 1961 at the iconic Brill building in Manhattan, famous for housing music industry offices and studios where some of the greatest composers in American popular history like Leiber and Stoller, Gerry Goffin and Carole King among many others had worked. He explained that Wine had co-written his first big hit, Candida back in 1970 and had been one of the backing vocalists on that recording as well as his next hit, Knock Three Times, before Hopkins and Vincent were added as the dawn we know today. Along with the two aforementioned songs they performed Sweet Gypsy Rose, He Don’t Love You, and finished with their biggest hit, Tie A Yellow Ribbon which according to Orlando has helped raise 250 million dollars for veterans charities. 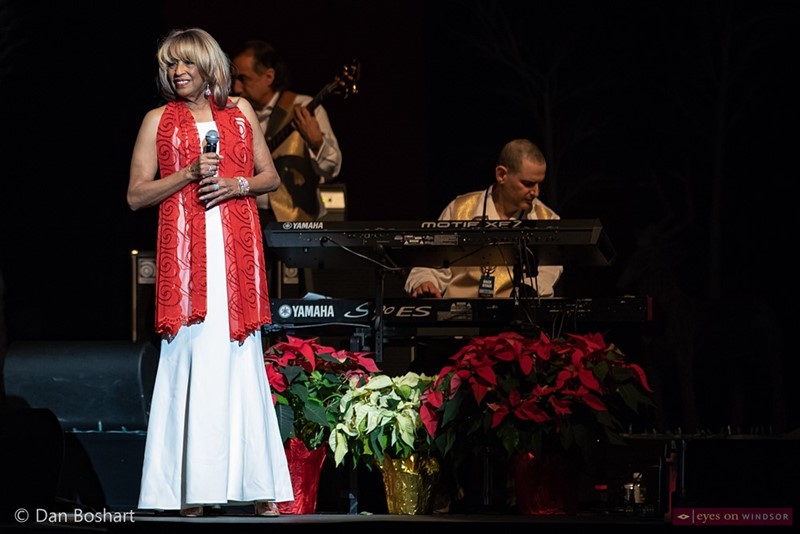 Telma Hopkins has had a long and very successful acting career since her first role in the TV mini series Roots: The Next Generation and later in popular TV series such as Bosom Buddies, Gimme a Break and maybe most famously as the character Rachel Crawford in Family Matters. Joyce Vincent has continued to enjoy a singing career and most recently has been a part of the touring act “Former Supremes” featuring former members of The Supremes, Scherrie Payne and Susaye Greene. 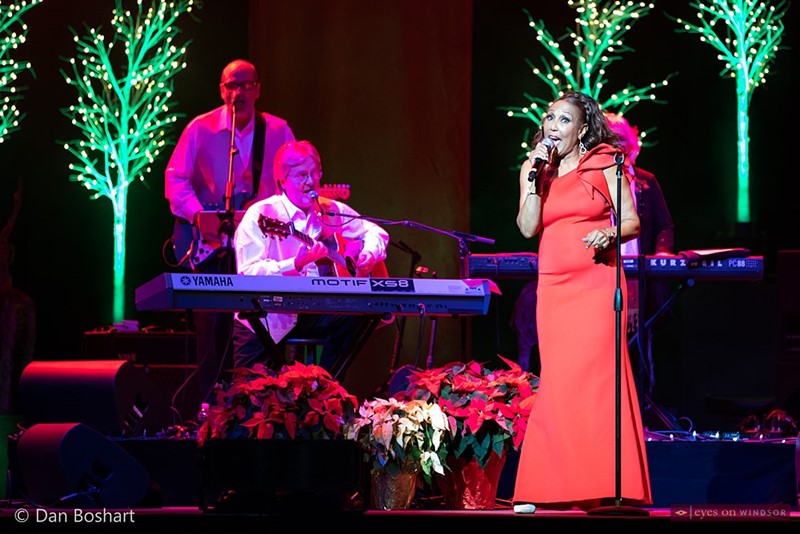 The Tony Orlando & Dawn “A Christmas Reunion” tour continues with a limited run and finishes with a private event at Mohegan Sun Arena December 15th. 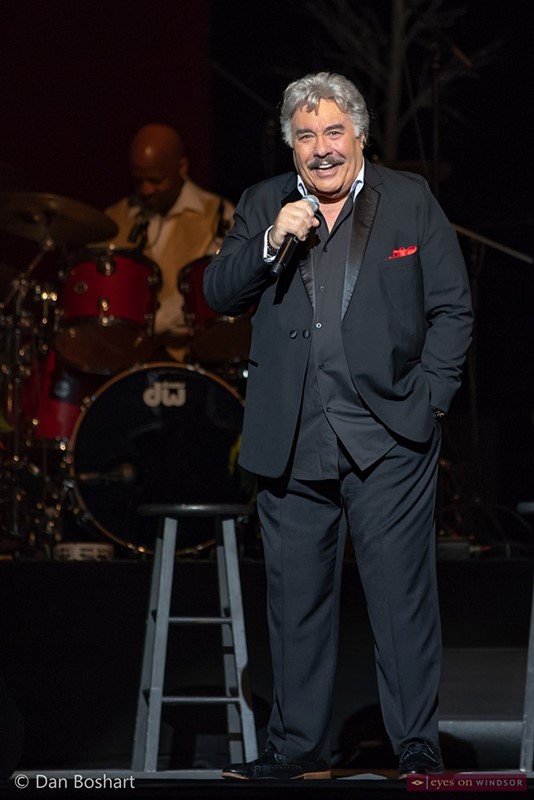 Tony Orlando performing during A Christmas Reunion at Caesars Windsor on Dec. 6, 2018. Photo by Dan Boshart / Eyes On Windsor. 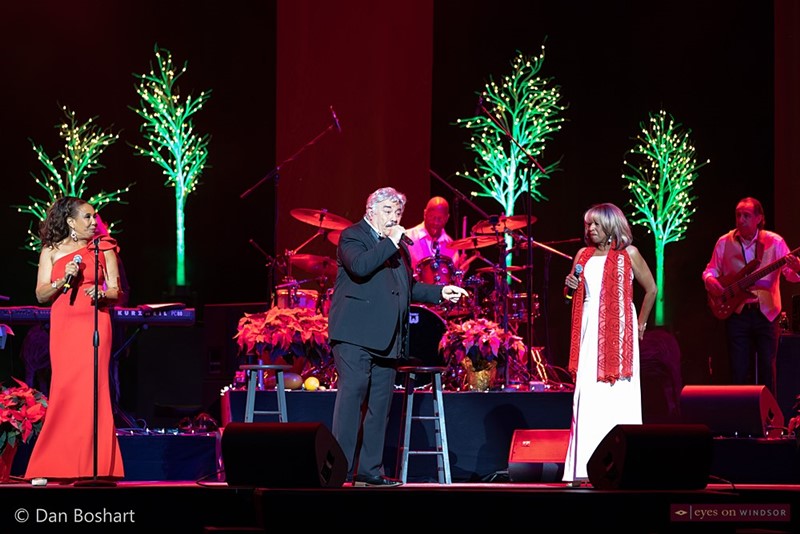