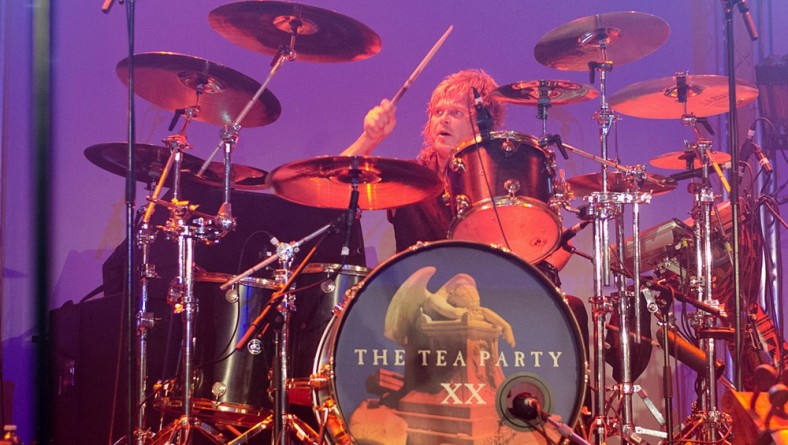 The Tea Party rocked the Olde Walkerville Theatre where the band kicked off their North American Concert Tour in their hometown of Windsor, Ontario on Friday, September 4, 2015. 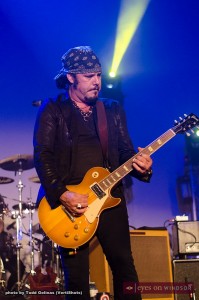 This is no ordinary concert tour because it celebrates the 20th Anniversary of the bands release of their break through album Edges of Twilight back in 1995. In addition, to this North American concert tour the Tea Party have commemorated the 20th anniversary of The Edges of Twilight by releasing a deluxe remastered CD and remastered LP. It has been 20 years since the group released the iconic album featuring such singles as Sister Awake and The Bazaar.

The band split up over creative differences but the three founding members, Jeff Martin, Jeff Burrows and Stuart Chatwood reunited and released The Ocean At The End in 2014 featuring their first fresh material in a decade. Over 8,000 excited fans in the bands hometown cheered wildly for the re-united trio as they headlined Fork & Cork Festival at Riverfront Festival Plaza in Windsor, Ontario, on July 5, 2014. “Windsor we are your Tea Party, we are your Tea Party, and we are back baby, we are back!” proclaimed Jeff Martin (see video). 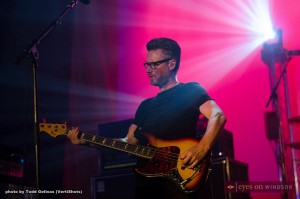 The Tea Party’s hometown fans packed the Olde Walkerville Theatre to enjoy the band peforming The Edges of Twilight in it’s entirity as they kicked off their concert tour celebrating the iconic album. The tour will wrap up in Vancouver, BC October 2, 2015.

The Windsor kickoff concert was presented by Detroit’s Crofoot and Windsor’s Phog Lounge.

For more information about purchasing Tea Party concert tickets, The Edges of Twilight Remastered, or to find out more about the band visit TeaParty.com

Photos by Todd Gelinas of VertiShots