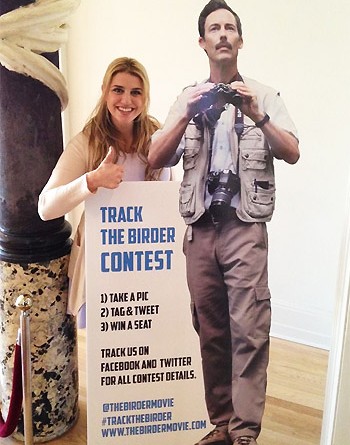 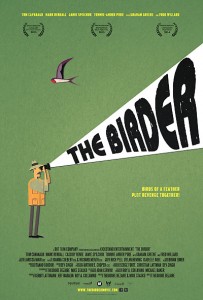 The producers of The Birder Movie to give away weekly prize packs and a grand prize of a pair of tickets to the sold out Red Carpet Birder Movie Premiere for a chance to mingle with Hollywood stars.

The SOLD OUT Red Carpet Birder Movie Premiere takes place on April 3, 2014 at the Capitol Theatre and Arts Centre with a portion of proceeds to benefit Transition to Betterness. Then on April 4, 2014, a limited theatrical run of the film will screen at Lakeshore Cinemas.

Although the Red Carpet Birder Movie Premiere is sold out, movie goers still have a chance to get into the event and mingle with local actors, producers, directors, and Hollywood stars. Organizers of the event anticipate some people who purchased tickets may cancel resulting in a few spots opening up. Anyone interested in grabbing these spots can place themselves on a waiting list and be notified if they become available. 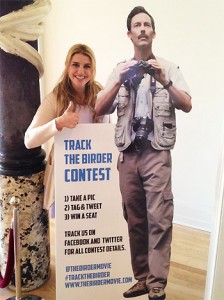 In addition, a fun contest launches on Friday March, 7, giving entrants the chance to win Birder Movie prize packages including tickets to the theatrical screening and Red Carpet Movie Premiere. The Dot Film Company in association with Windsor based Kickstand Entertainment have unveiled the official theatrical movie poster in conjunction with the “Track The Birder” Twitter based contest to promote the upcoming theatrical release of the locally made feature film.

The “TRACK THE BIRDER” contest is intended to boost awareness of the film, its new poster and the theatrical release on April 4th at Lakeshore Cinemas. The TRACK THE BIRDER Contest asks would be fans to photograph themselves with the life size cut-out of THE BIRDER Ron Spencer, played by star Tom Cavanagh, then post that photo on Twitter using the hash tag #TrackTheBirder.

Each week the Producers will randomly select one lucky Tweeter to receive the weekly prize pack, including two tickets to a screening of the film at Lakeshore Cinemas during the films limited theatrical run, THE BIRDER official limited edition t-shirt and 11X17 poster autographed by Director of the film. At the end of the four-week contest on April 2nd the Producers will announce the winner of the Grand Prize, which is one weekly prize pack, plus two tickets to The Birder Red Carpet Premiere at the historic Capitol Theatre on April 3rd, 2014.

The contest begins on Friday, March 7th when the Producers will place THE BIRDER cut out of Ron Spencer at the first mystery filming location until Thursday, March 13th. Throughout the week contestants can visit the location to snap their best photo with THE BIRDER. Each week the Producers will move their life-size Birder cut-out to a new location, but not before announcing a weekly winner via Twitter. Four actual filming locations will be used over the four-week contest. The first location will be announced via twitter (@TheBirderMovie) on the morning of March 7th.

“The social media based contest is the perfect way to launch the film theatrically and promote the official poster for the film, while also bringing appreciation and recognition to the locations that made the film possible, plus we get to give away some cool movie swag” says Producer Gerry Lattmann. The poster is a retro influenced design put together by Co-Writer and Director Theodore Bezaire with artwork created by Colin Hesterly from The Academy Creative a creative design firm based in Seattle, Washington. The filmmakers were influenced by the work of Saul Bass in deciding to go with a subtler, more retro-influenced poster for their release campaign.

For more information on the Theatrical Release, the “Track The Birder” Contest and the Red Carpet Premiere visit www.thebirdermovie.com.