In the 1970s, Sweden, the small Scandinavian country between Finland and Norway, becomes a superpower on a number of fronts. Safety-conscious accountants love its Volvos. Air forces delight in its SAAB jet fighters. Its iconic furniture store, Ikea, introduces the globe to new words to describe its ever increasingly popular products.

Surprisingly one of its most beloved exports had disco dancers around the world singing songs with a Swedish accent. And that’s really what set of a night of outstanding, high-energy entertainment Tuesday inside a packed Chrysler Theatre at downtown’s St. Clair Centre for the Arts.

Out of a dark centre stage, Australia’s The ABBA Show tribute band’s Hannah Pocock as Agnetha Fältskog and Jenna Ball as Anni-Frid Lytngstad (Frida), the two female singers in the acclaimed singing group ABBA, introduce the audience to the opening lines of Slipping Through My Fingers. A poignant song, it talks of a mother realizing her daughter is growing. With decided Swedish accents, Pocock and Ball, both from Britain, start the show off with: “Schoolbag in hand, she leaves home in the early morning.” 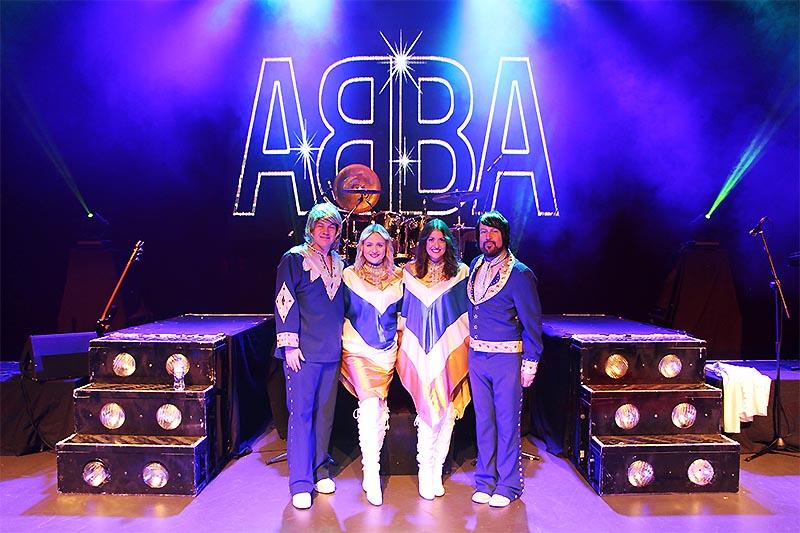 They never look back, putting their unbridled chemistry together to unhinge the audience who spend the night alternatively standing with their arms in the air or swaying in their seats. ABBA is in the house, or as close to in the house as possible with four highly talented tribute musicians and singers taking Windsorites on a journey through every popular song ever published by the Swedish dynamic quartet. Those who missed it missed one of the best Tribute shows to reach the city in quite some time.

Slipping, was written by ABBA’s guitarist Björn Ulvaeus about his observations of his wife Agnetah and their growing daughter Linda. The two other group members Frida and keyboardist Benny Andersson were also married.

Playing the roles of ABBA’s lads are Australian Zac Coombs as Bjorn and South African Andre Behnke as Benny. Produced by Showtime Australia, the cast is backed up by a four-piece multi-instrument band including its newest member, Johannesburg, South Africa’s Philippa Higgins. She tells Eyes on Windsor about her excitement to be traveling across Canada for dates in 24 cities. Windsor is the first stop and her first full night of performing with the cast. 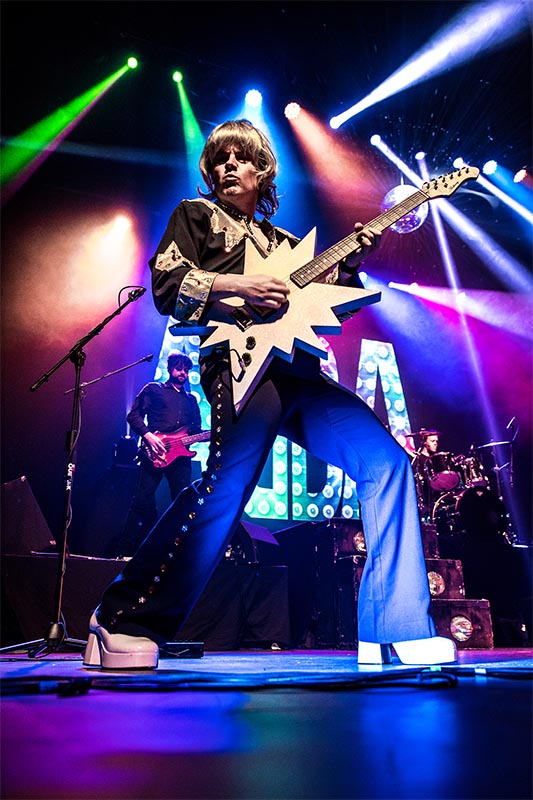 Without question, disco reigns supreme with ABBA and its most popular song of the night is nothing less than its disco era number one hit, Dancing Queen.

Other memorable songs include, but are not limited to, Winner Takes All, Super Trouper, Fernando and Thank You for the Music, a tribute to ABBA’s members sung under a slide show of actual group photos during their heyday.

When the band starts with the recognizable notes of Knowing Me Knowing You, Pocock playing Fältskog, throws it all into an even higher gear, if that was even possible. She brings the audience into the song. And why not, judging by the abundance of grey hair, the lyrics are no mystery. Later Ball, as Lytngstad, pulls a man named Darcy out of the audience to participate on stage. He surprises all and seems one step ahead of Pocock and Ball in the dance moves department.

Some of the audience members dress like it is still disco time and seem to be having a lot more fun than they should. Those who were without ABBA type clothing kept Lee Middleton busy at the souvenir stand. The resident of South Pool, England tells Eyes on Windsor his most popular item are the t-shirts he has on offer. Other items include fancy hats, trinkets and posters. 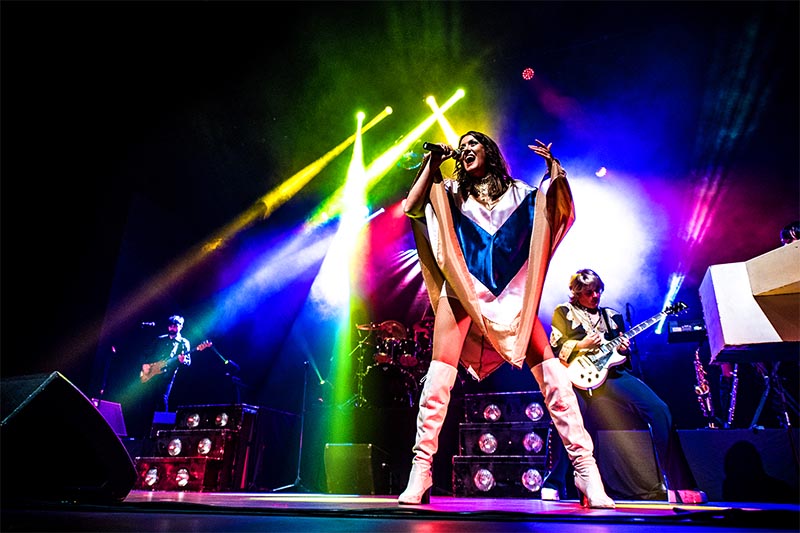 After the concert the four artists sign the merchandise for their new fans and, as Middleton says, hopefully will be in a Windsor hotel by midnight to catch some shut-eye before doing it all again on Wednesday in Kitchener.

This is Showtime Australia’s The ABBA Show’s second performance in Windsor after an initial outing in 2015. Johnny Van Grinsven, company chief executive and The ABBA Show director, sums up the popularity of the Swedish group’s music as, “a true phenomenon. It’s just something that never seems to die down, people just never tire of this show wherever it goes.”

No where could this be truer than Windsor on a Tuesday night.

For more information or a complete list of upcoming events visit http://www.chryslertheatre.com