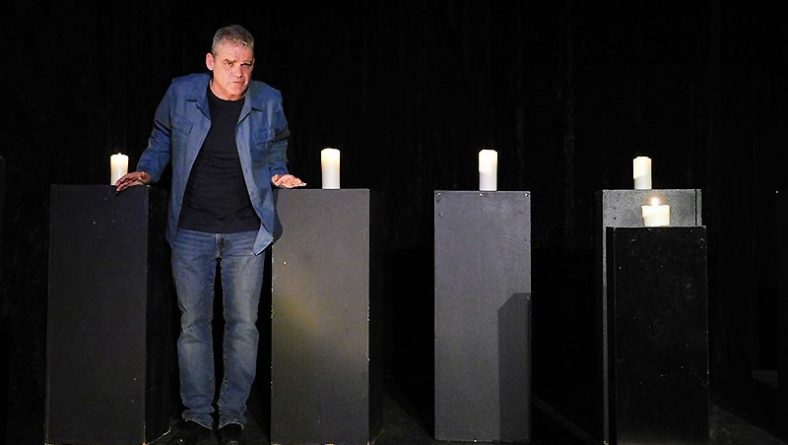 (Actor Shawn Wright tells a story of his departed relatives and lights a candle during his performance of Ghost Light at Sho Art, Spirit & Performance in Walkerville, Ontario, on Sat. Feb. 23, 2019. Photo above by Robert Tuomi / Eyes On Windsor.)

For Shawn Wright, acclaimed Canadian actor of many stages around the world, the art of storytelling was learned where it should have been, at the foot of his well-accomplished mother Regina Wright. She of the St. Rose Parish Players in an unnamed small town in New Brunswick.

If nothing else, Regina proves early on that all the world is a stage and it can be as humble as acting in front of an assembly of dolls. Unlike her peers, she didn’t play with the dolls her grandfather would bring from his job in the town’s dump. She’d line them up in front of her as she acted up a storm. 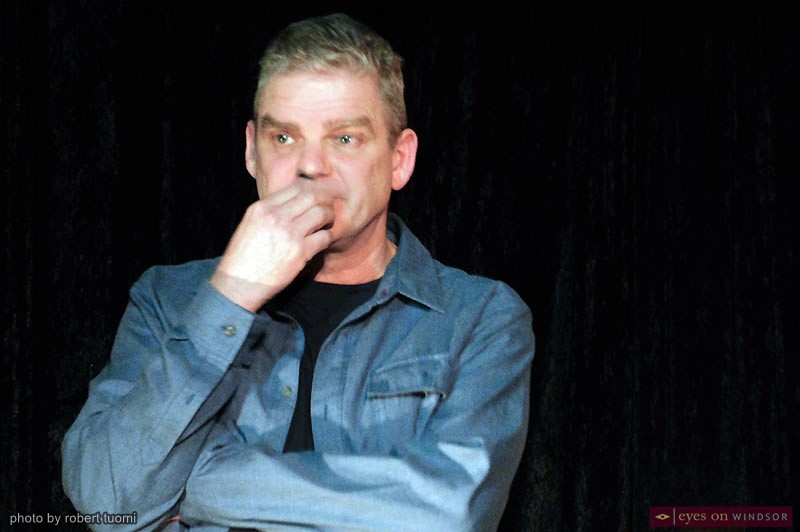 Listening to Wright tell his tales is akin to an evening with Garrison Keillor reciting details of life in Lake Wobegon on PBS or a Saturday morning listen to the late Arthur Black on CBC radio’s Basic Black. Much of the life in Wobegon surrounds Lutherans, home church to most of its residents. In Wright’s town, it is the Catholic Church to which his mother is devoted and to which his own brothers depart, joining the Pentecostals.

Although Keillor, and to some extent Black, talk of fictional characters, Wright is writing his family’s history right in front of his audience. There are tender moments and wonderful expressions. Regina commenting on one of her early loves characterized herself as being, “smitten right down to her basement.” Her mother was not a cookie cutter actor but more of an improviser. In one play, she acted her role on roller skates. Wright is not sure why.

Regina, it turns out, is fascinated by Tammy Wynette and is quick to sing her songs. Rest assured there is little doubt she would ever be called in as the understudy in a play with Wynette or a character playing the famed country singer.

At the age of five, Wright, with a lazy left eye is given a patch, but for his right eye. It eliminates his vision precision. Those who see him reckon he is drunk. He also held an affliction that would prevent him from walking on anything but pavement, so as not to scuff his shoes. 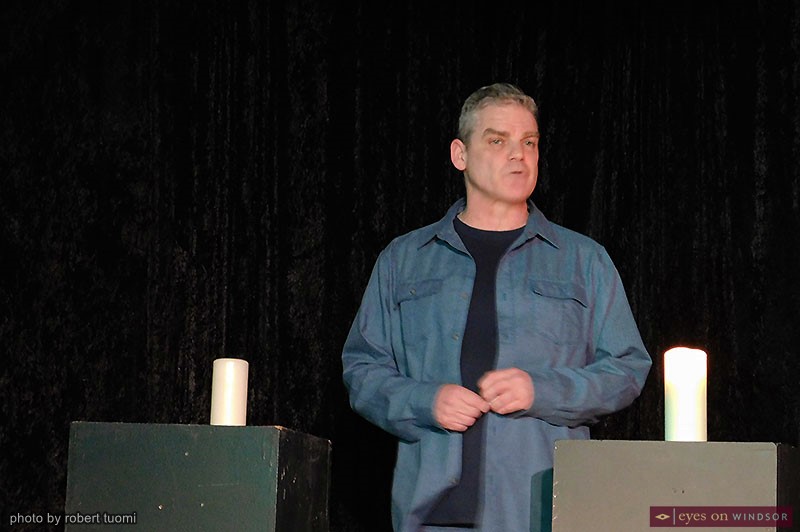 Any of these recollections would not be out of place for a Lake Wobegon resident, but as the one act play moves along, Wright turns two different corners. First, he rounds a bend and reflects on the human condition and then around another bend lays out highly personal and emotional reflections, mostly of his mother. His father, Lefty Wright, dies while he is young.

As to his mother, she holds nothing back in teaching her son about the theatre. She admires the opening scene of the 1960s Dick Van Dyke television comedy. Wright reminisces about Van Dyke wrestling with an ottoman. His mother has him re-enact the theatrics over and over.

One of the most poignant pieces of wisdom his mother departs is an observation. Actors never really present themselves, they never really live as who they are.

Wright has been doing just that. It is, he admits, a fact of life for a gay man who lives in a world secret to his relatives, although some figure it out. One of the hardest episodes in his life, is telling his mother, as she lies in her casket, that he is gay. He spends an hour with her before her funeral and can barely release the one fact he hid his whole life. 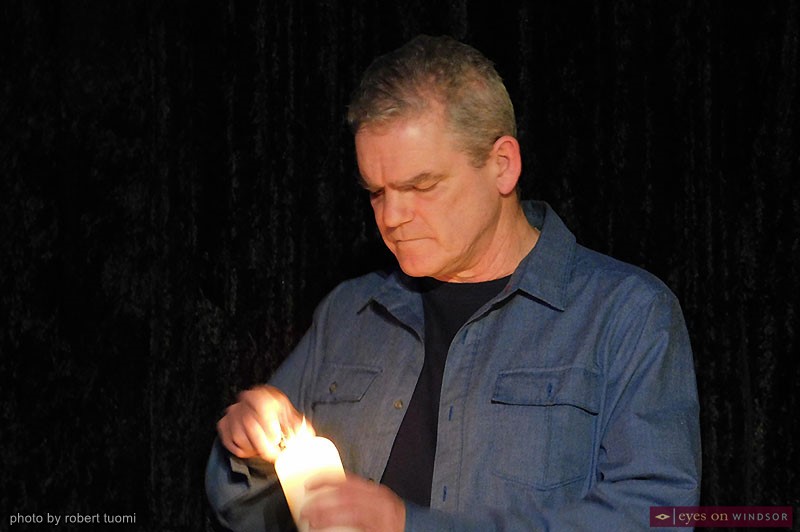 Shawn Wright, in his one act play Ghost Light, lights a remembrance candle for his departed mother Regina on stage at Sho Art, Spirit & Performance in Walkerville, Ontario, on Sat. Feb. 23, 2019. Photo by Robert Tuomi / Eyes On Windsor.

Death is a fact of life. There has been much of it in his life. The stage is decorated with pillars. Wright lights a candle on each one to remember a departed family member. Such a simple backdrop has a dramatic impact on those in the audience. They, like him, question their own mortality. In the funeral home, the welcoming board has three names. In the end, he reasons, all you are is one name on a board. Although, his mother does get the biggest room with a lovely view of the Atlantic Ocean.

As to the play’s name, he remembers driving with his mother and passing the local playhouse. There is a light on. Regina assumes someone is rehearsing. Not so, in the world of the theatre, the last person to leave, turns on a light on the stage, to make it brighter for the ghost. All stages have such ghosts.

Wright could have easily simply kept on telling tales. But by adding his highly personal and dramatic thoughts, he creates a masterpiece, resonating on a number of levels and brilliantly performed with just the right emotion.