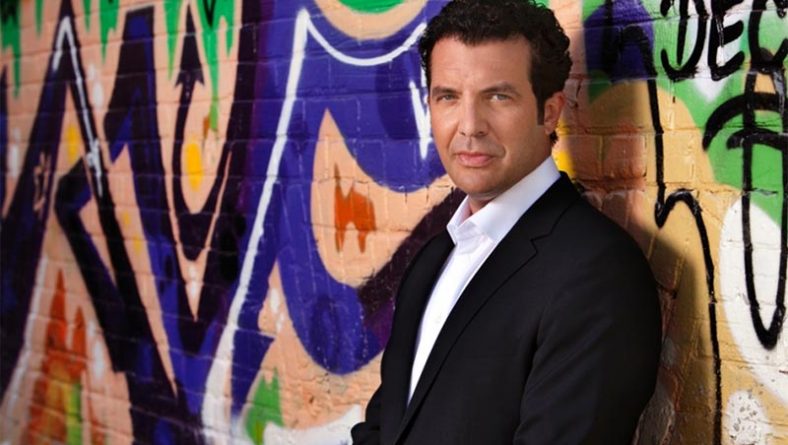 “We are so thrilled to have Rick Mercer back on our stage and to have partnered with our presenting
sponsor, WFCU Credit Union as part of their Inspire Speaker Series”, said Chrysler Theatre Manager,
Veronica Mancini. “The Chrysler Theatre is the perfect, intimate venue for Mercer’s comedy and we are grateful to WFCU Credit Union for their support.”

In this new keynote, Canada Coast to Coast to Coast, Mercer will make you appreciate, as never before, this unique Nation we all call home. It’s a heart-soaring and laugh-out-loud funny affair, and a perfect way to celebrate what our great Country has to offer. Few people know Canada like Rick Mercer knows Canada. Whether prodding at our institutions, celebrating our unsung heroes, or illuminating everything wonderful and weird about our Country.

Rick Mercer’s top-rated, award-winning CBC show, The Rick Mercer Report, routinely trampled even its American competitors in the ratings. The show featured Mercer’s trademark rants, satirical newscasts, commercial parodies, and comic encounters with famous Canadians, talking about Canada. More than any other comedian (or journalist for that matter), he talks to Canadian newsmakers with a refreshing candour, and is uniquely able to spin topical hilarity from the people and the things deeply embedded in the national consciousness.

His newest book, Rick Mercer Final Report, a #1 Toronto Star and Globe and Mail bestseller, brings together never-before-published rants from the last five seasons of the show, plus a selection of the very best rants from earlier years. Throughout the book, in a series of brilliant new essays, Mercer shares his hilarious, moving and at times hair-raising memories from the past fifteen years.

Born in St. John’s, Newfoundland, Mercer has won over 25 Gemini Awards for his top-rated CBC series’ The Rick Mercer Report, Made in Canada, and This Hour has 22 Minutes. Mercer also starred in Rick Mercer’s Talking to Americans, which was watched by millions, attracted attention across North America, and remains the highest-rated comedy special in Canadian history. In 2014, he was made an Officer of the Order of Canada.