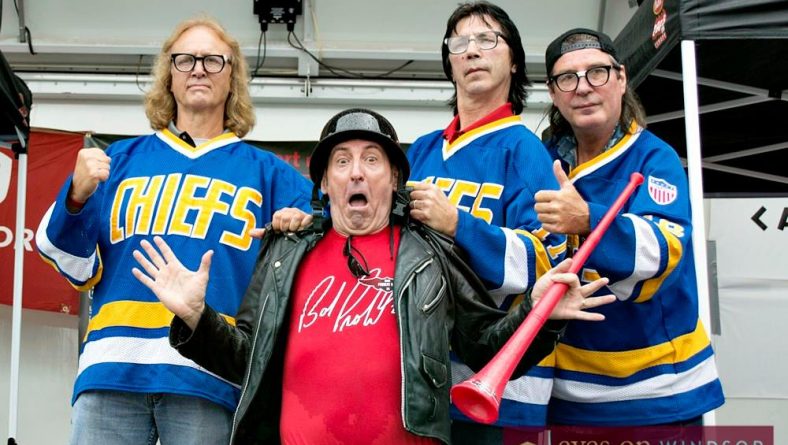 This year the Bob Probert Ride’s 7th anniversary is June 25th and the cult classic hockey comedy Slap Shot turned forty on February 25th. If you remember the 5th Annual Bob Probert Ride then you’ll recall the Hanson Brothers from the movie thrilling riders when they made a guest appearance. 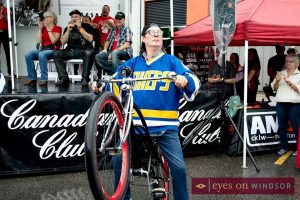 In the movie The Hansons were newly acquired enforcers cheaply obtained by the Charlestown Chiefs. The few fans that attended games booed and heckled players. The team’s failure to win games and the town’s major employer of 10,000 people, a steel mill, shutting down resulted in financial ruins for the Chiefs. Team owners planned to fold the team at the end of the season.. 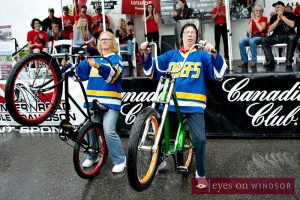 Initially, Coach Reggie ‘Reg’ Dunlop (played by Paul Newman), refused to play the Hanson Brothers. Eventually Dunlop, plagued with injured players, reluctantly gave the Hansons the green light to play. Immediately the Hanson Brothers roughed up the opposition, checking and slamming them into the boards, slashing them with their sticks and even tripping the goalie and referee. All three Hansons even crushed one player into the boards at the same time. In Three Stooges or perhaps Looney Tunes style Steve Hanson skates by the opposition’s bench hitting each player in the face with the blade of his stick.

Every game featured fights including sucker punching opponents during pre-game warm ups and players jumping into the stands to brawl with fans. The violence and various scenes in the movie are as outrageous as the thick pop bottle glasses wearing Hanson Brothers. 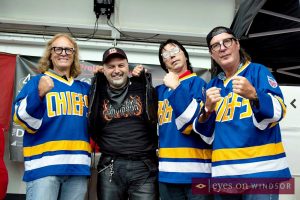 For the first time in a long time fans enthusiastically cheered for the misfit pro minor Charlestown Chiefs.

When the Hanson brothers showed up to help kickoff the 5th Annual Bob Probert Memorial Ride the crowd cheered once again for the iconic trio. The Hansons rode their vintage style bicycles through the crowd while popping wheelies. They even took the time to rough up several individuals including Unifor Local 444 President Dino Chiodo and Eyes On Windsor’s Eric Bonnici. Afterward, Ride Captain Darren McCarty began leading over 1000 riders across Windsor Essex when The Hanson’s gave the kickstands up signal.

The Hanson Brothers run a very active Facebook page so be sure to check it out and congratulate them of 40 years since their debut in Slap Shot on February 25, 1977.

In addition, save the date because the 7th Annual Bob Probert Memorial Ride has been set for June 26, 2017. Organizers and the Probert family will be naming this year’s ride captain and more details in mid May. Find out more on the Bob Probert Ride Facebook page. 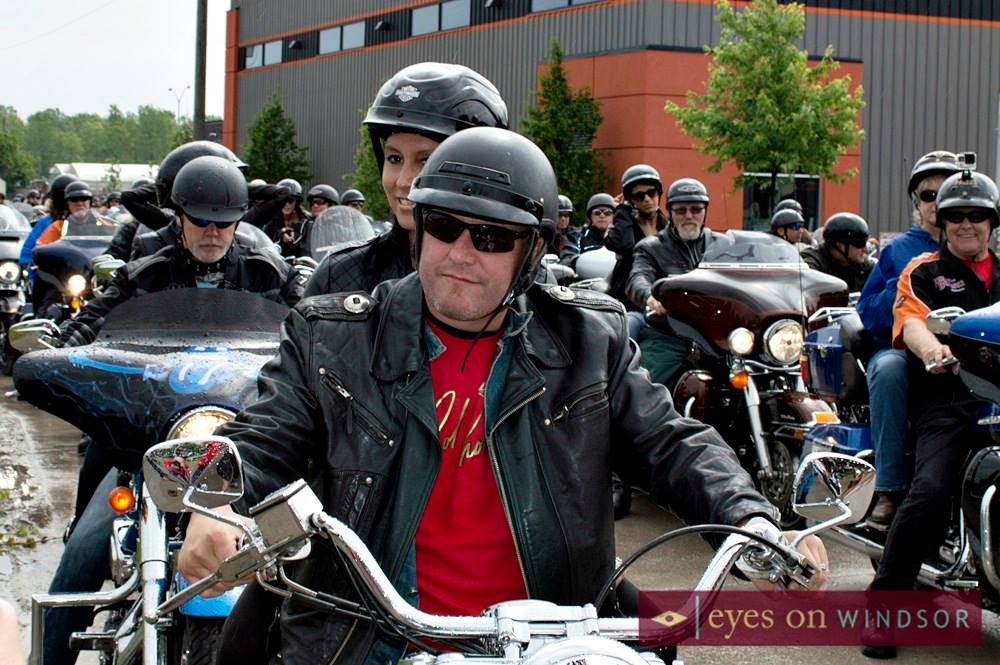 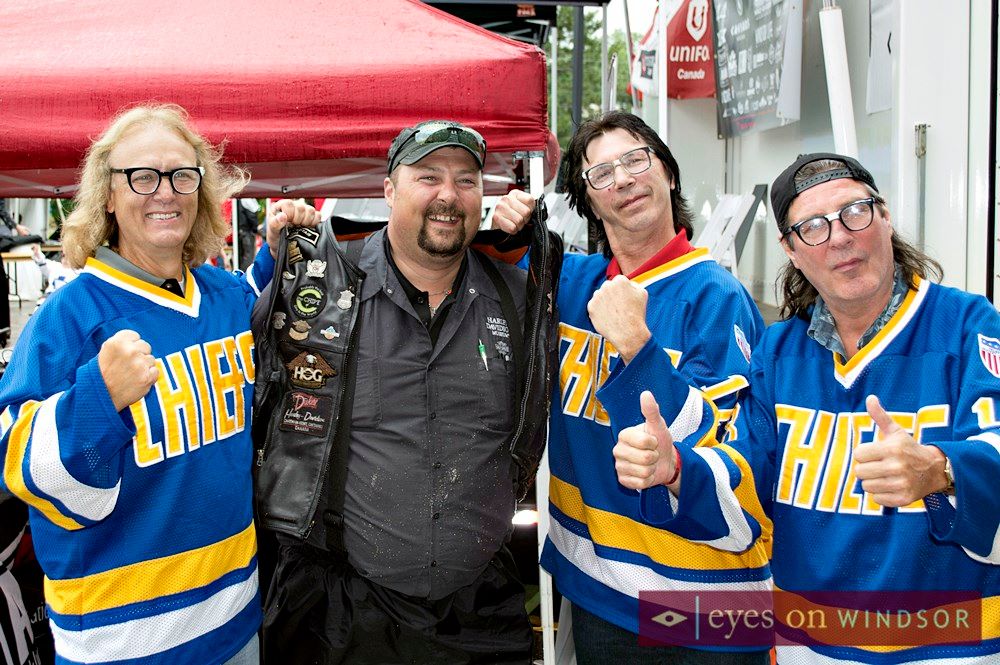 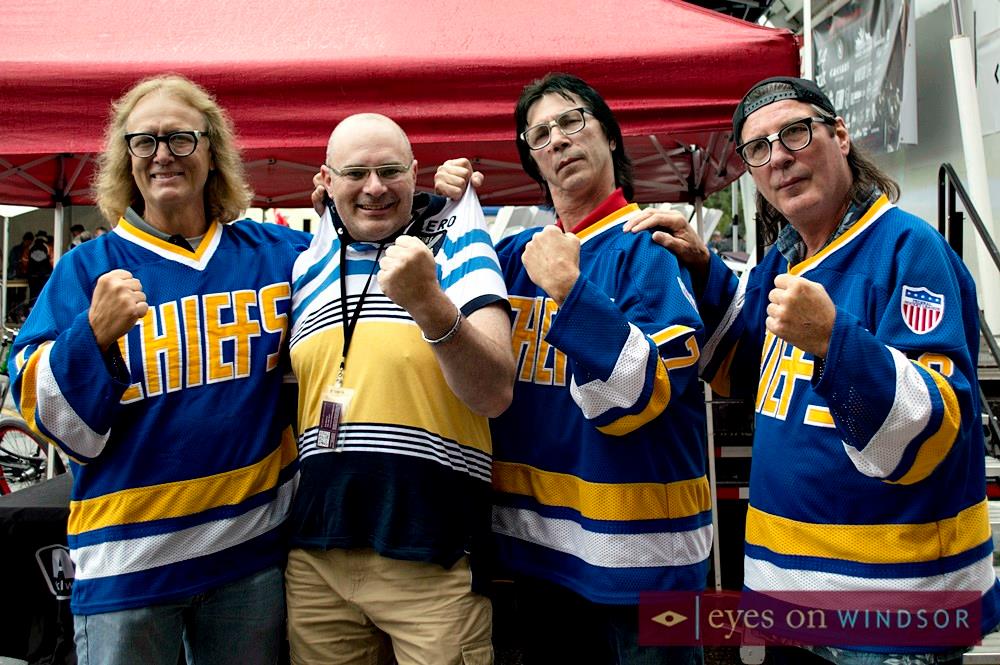 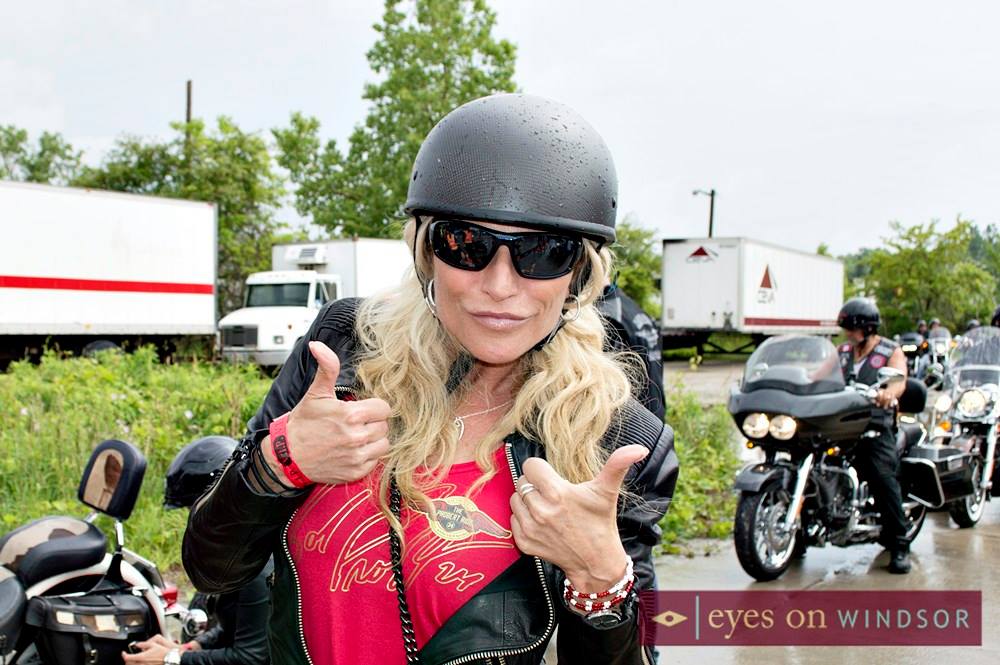