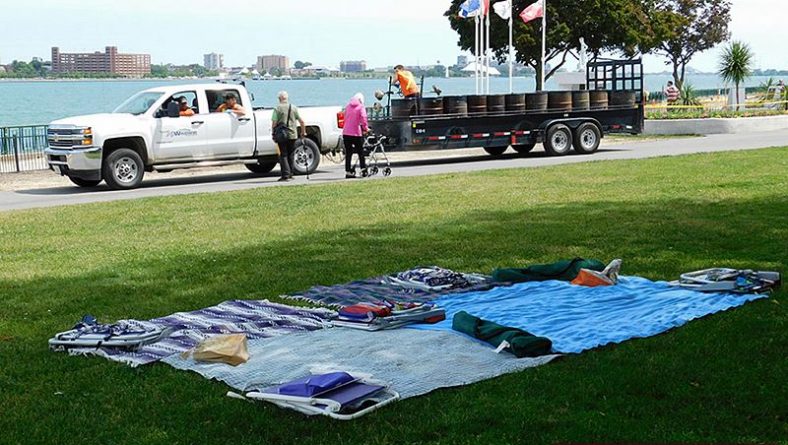 (Riverfront flower gardens at Dieppe Park have been taped off in preparation for the annual Ford Fireworks while in the background a city crew adds more refuse barrels. Photo above by Robert Tuomi / Eyes On Windsor.)

Although his new Steak & Shawarma on Chatham Street West is quiet early Monday morning, proprietor Alex is more than busy setting up for an unusual afternoon rush. Within hours, thousands of spectators, drawn downtown to watch the 60th running of the Ford Fireworks show, are expected to pour into his new restaurant at the site of the former Chatham Street Delicatessen. 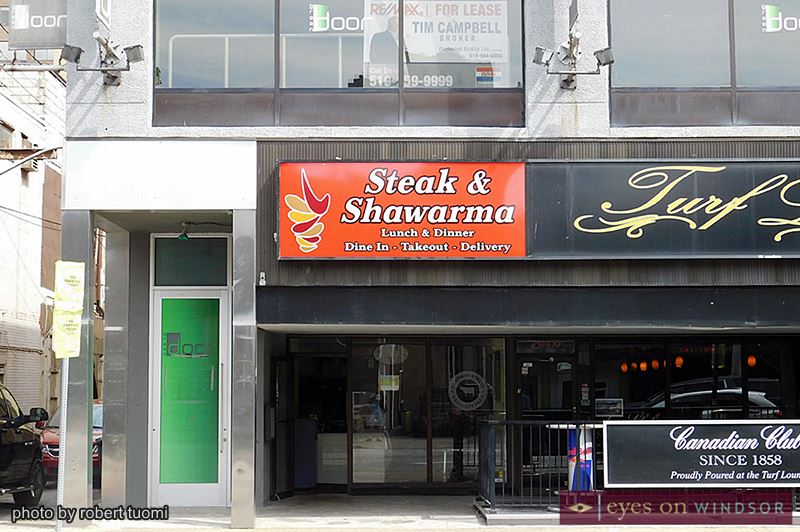 The Steak and Shawarma restaurant has replaced the closed Chatham Street Delicatessen east of Ouellette Avenue in downtown Windsor. Photo by Robert Tuomi / Eyes On Windsor.

Once they taste his homemade secret sauce, his key weapon in the competitive downtown eatery arena, he expects many will be back.

A block away at a new operation next to Starbucks, on University Avenue West, franchise owner Jagruti Paben was making sure everything at her new Subway restaurant is ready for the afternoon’s onslaught of hungry customers. The place has that new smell with everything glossy and shiny. 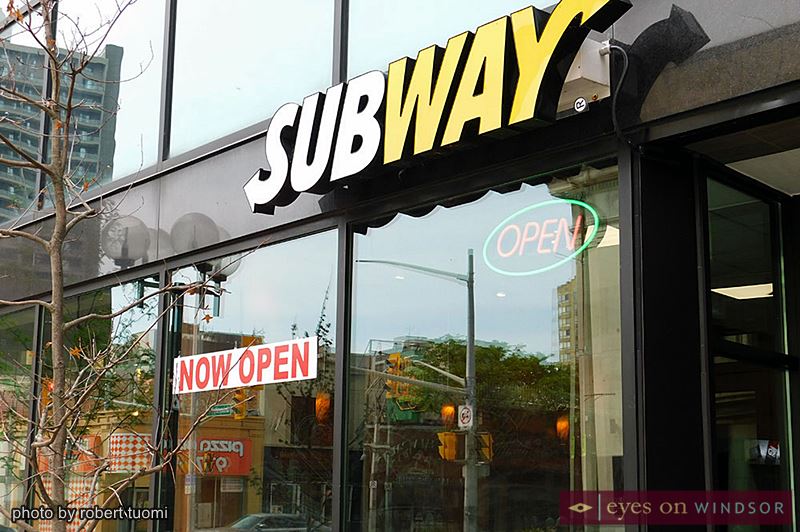 A new Subway replaces one in the Windsor Star building which was closed six months ago. Photo by Robert Tuomi / Eyes On Windsor.

Both restaurants have been downtown for exactly one day. They opened Sunday with Paben happy to say the flow of customers was steady. It is to her a positive sign of good things to come for the transplanted eatery.

For the past six months the core has been without a Subway after the one in the basement of the Windsor Star building, on Ouellette Avenue, closed. Steak and Shawarma is also a transplant. Alex had operated a similar restaurant on Wyandotte West but decided downtown is the place to be

He and Paben weren’t the only busy folks downtown. Busker sitar player Ray, a staple on weekends in the downtown, had already taken over his favoured corner at University and Ouellette. He told Eyes on Windsor he was looking forward to earning a good return on his music. 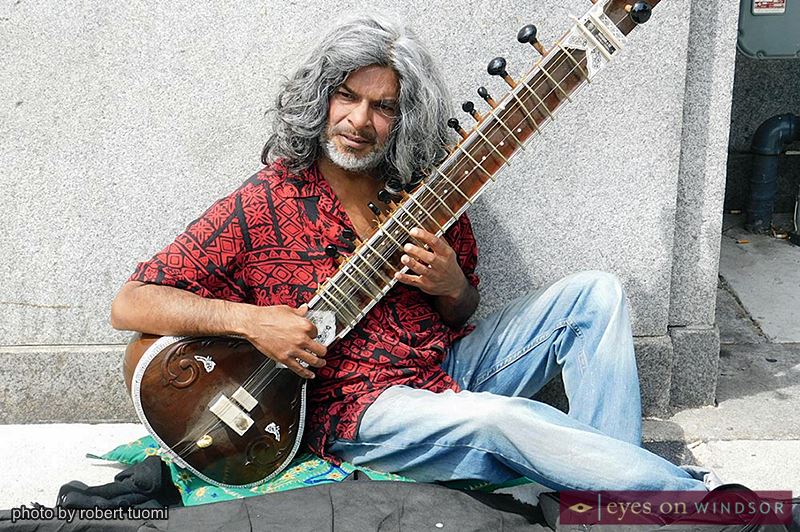 Busker and sitar player Ray anticipates a busy night for fans of his music in downtown Windsor during the annual Ford Fireworks. Photo by Robert Tuomi / Eyes On Windsor.

City crews were also seen scurrying about. Some were affixing new benches along Ouellette Avenue. Others were placing no parking notices on all parking meters on key streets.

The notices were real enough, as one motorist found out. He was lucky and avoided a ticket. After pulling into a vacant spot he was told by a Commissionaire ticketing others that if he stayed he’d be ticketed as well. She told him all the streets had to be car free by 3pm. 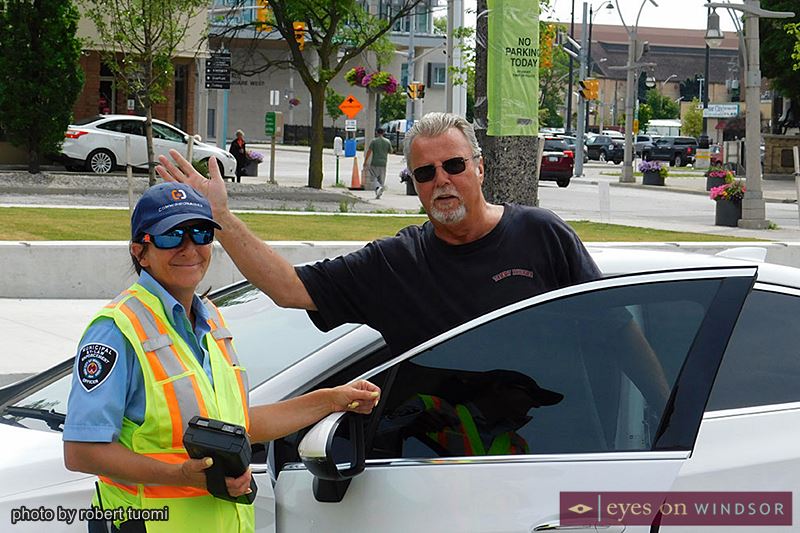 Count this motorist lucky, before he could leave his car a ticketing Commissionaire from the City of Windsor told him most parking spaces downtown were closed for the day due to the annual Ford Fireworks. Photo by Robert Tuomi / Eyes On Windsor.

Down on the riverfront city staff had yellow-taped all flower gardens and were adding extra refuse containers. Some spectators had already staked out their viewing areas with patchwork quilts of blankets held down with chairs and other heavy material. Others were seen using rope to secure portable chairs to the riverfront fence.