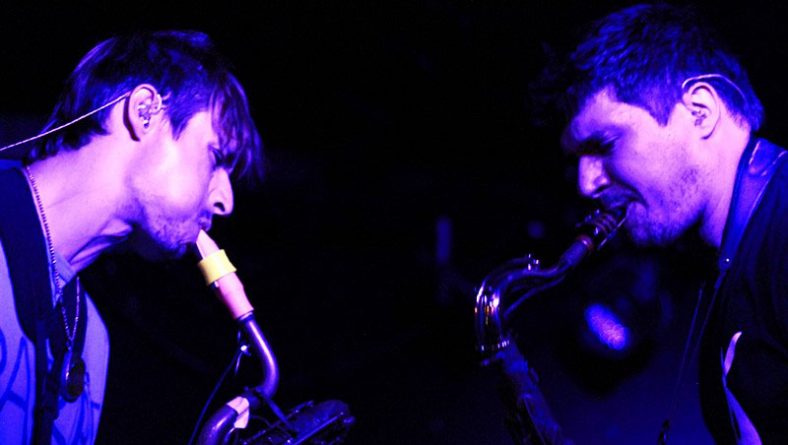 Brooklyn-based trio Moon Hooch, often described as Techno Jazz, brought their headlining fall tour to Ann Arbor, Michigan’s legendary live music venue the Blind Pig. As part of the Eyes On The Road series, where Eyes On Windsor takes a look at entertainment events a short road trip away from Windsor Essex in partnership with photographer Kevin Blondin, we went to check out the show on Friday, September 28, 2018. 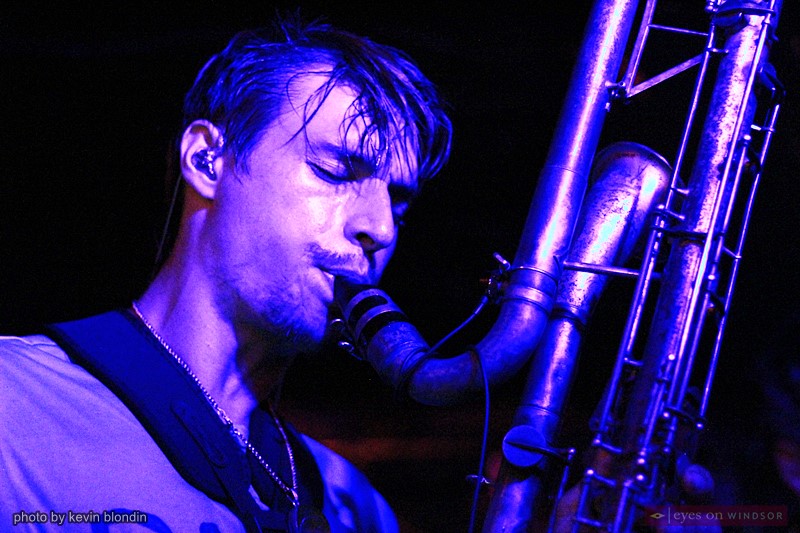 The trio of Mike Wilbur (horns), Wenzl McGowen (horns) and James Muschler (drums) make up the trio of Moon Hooch who captured the imaginations of thousands with its infamous stints busking on subway platforms and elsewhere in New York City: two sax players and a drummer whipping up furious, impromptu raves. This happened with such regularity at the Bedford Ave station in Williamsburg, Brooklyn, that the band was banned from playing there by the NYPD. 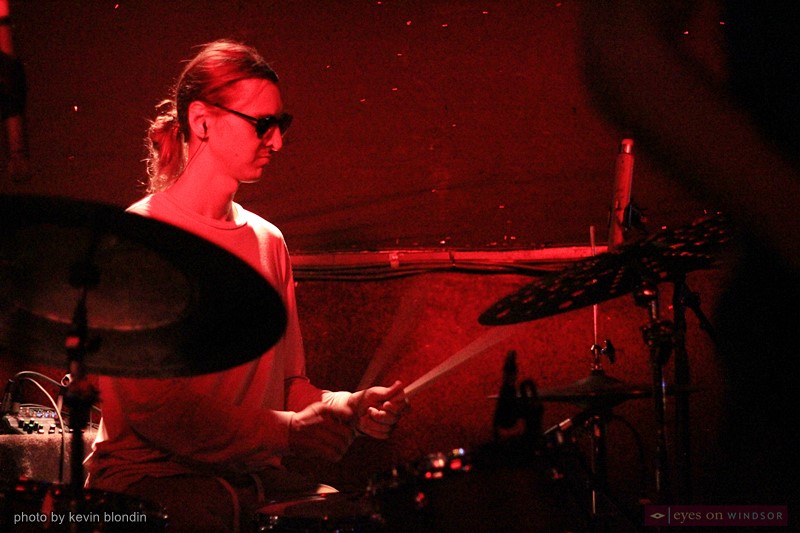 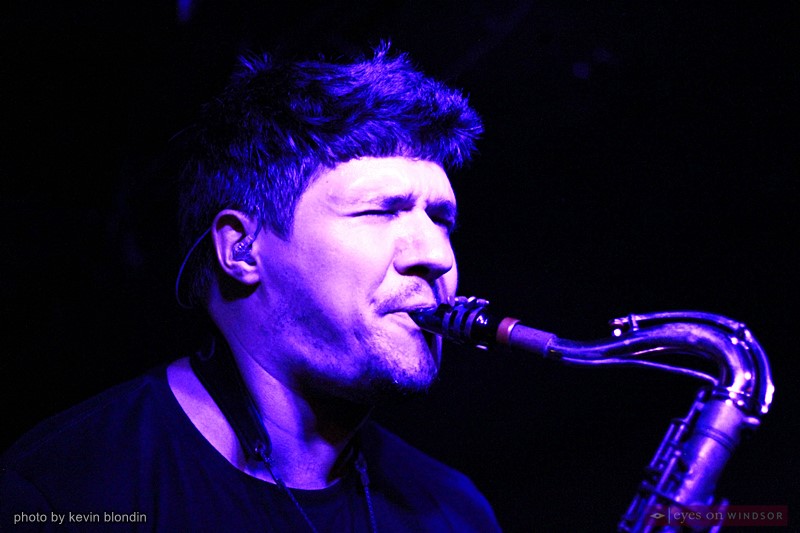 In July the band unveiled a new video and announced a 7-inch vinyl series featuring tracks from their Light It Up EP. In late August, Moon Hooch released “Acid Mountain,” “Light It Up” and “Growing Up” off their recent EP each on a different color limited edition 7-inch vinyl via Hornblow Recordings. In a fitting move, since all three songs have become live staples, the A-side features the studio version backed by a live recording on the B-side.

Here’s Moon Hooch’s video for the live version of “Growing Up”:

The band dropped lots of Techno and EDM beats into their “techno-rave” performance at The Blind Pig and the energetic crowd danced the night away.

For more information about the band visit: https://www.moonhooch.com 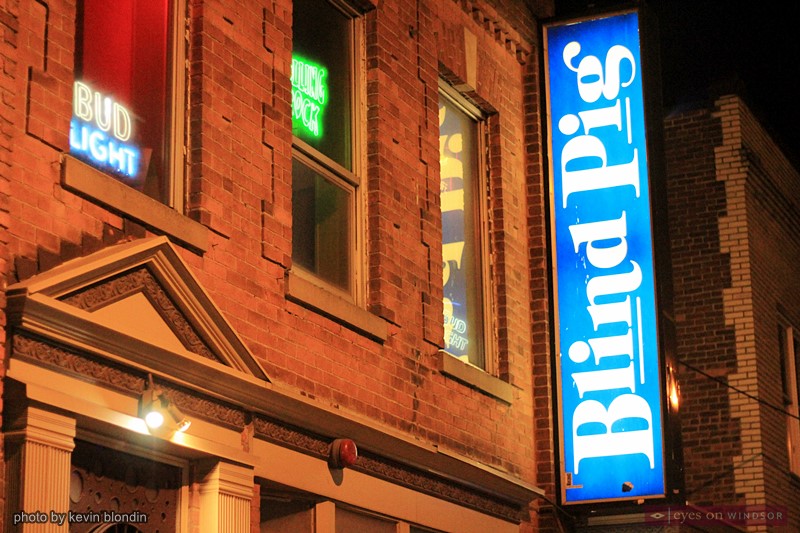 As a result of its location, Ann Arbor has been enriched by such legendary hotbeds of hipness as the Chicago blues scene, Motown R’n’B, early-’70s Detroit punk and early-’90s Detroit techno. Throughout the years The Blind Pig, a popular local nightclub and concert venue, has played an instrumental role in the ushering in and showcasing of this musical activity. Since its incarnation almost 30 years ago, The Blind Pig has gone through several phases, each of which has been equally notable in the annals of Ann Arbor’s cultural diary. To find out more about this legendary music venue and a schedule of upcoming shows visit: http://www.blindpigmusic.com 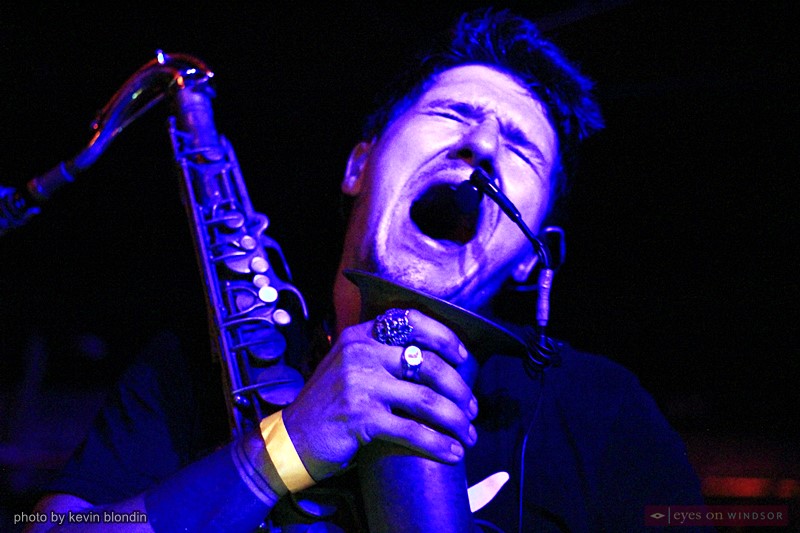