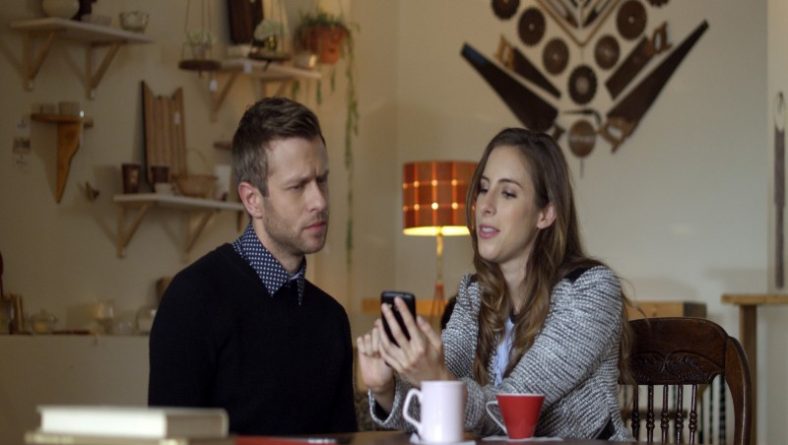 Windsor native and award winning filmmaker Theodore Bezaire”s short and feature films have found success around the world. His most recent feature film THE BIRDER stars Tom Cavanagh, Graham Greene, and Fred Willard. It was filmed right here in Windsor Essex, includes local actors and extras, and is currently available on home video across Canada and the United States. Bezaire’s latest short film “LOVE IN THE AGE OF LIKE” spent the last year on a successful run of the film festival circuit. On April 27, 2017 this short film which was financed by BravoFACT, a division of Bell Media, was released on their YouTube channel.

Here’s what was said about it during the film festival tour:

“An excellent satire”
Ulkar Alakbarova, Let the Movie Move Us

“LOVE IN THE AGE OF LIKE” tells the story of Courtney, a young professional woman trying to decide whether or not to break up with her boyfriend because he doesn’t “like” any of her social media posts.

The comedy stars Claire Stollery, Jamie Spilchuk, and Scott Cavalheiro. The latter two, also appeared in Bezaire’s feature film “THE BIRDER” which was acquired by Sony Pictures Home Entertainment last year for a home video release in the United States.

“We thought that the idea of love in the digital age was very timely, and the topic was ready for the comedic treatment” says director Bezaire. He add’s, “Everyone, myself included, puts a lot of weight on how many likes we get or how many followers we have. We thought we’d have a little bit of fun with the need people have for instant digital gratification.”

The film is now available on BravoFACT’s Youtube channel which has over Thirteen Thousand subscribers.

Related Article: Join Hollywood Stars As They Soar Into Windsor For The Red Carpet Premier of The Birder Movie