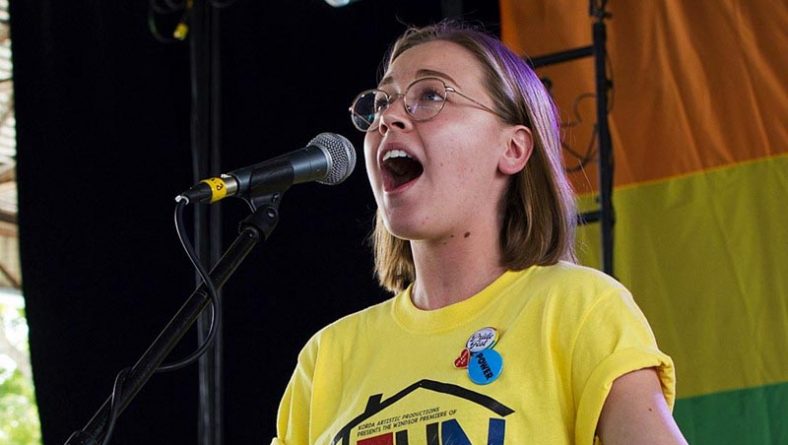 This Labour Day weekend, Korda Artistic Productions opened their production of the Tony Award winning musical Fun Home. A few weeks ago the cast took part in the 26th Annual Windsor-Essex Pride Fest Parade followed by Erica Peladeau taking the stage at Lanspeary Park thrilling the crowd with her vocals on Sunday, August 12, 2018.

The winner of five 2015 Tony Awards® including Best Musical, this groundbreaking production introduces Alison at three different ages, with a different actor playing her at each stage, revealing memories of her uniquely dysfunctional family that connect with her in surprising new ways. “Being gay” is a major theme in the play. 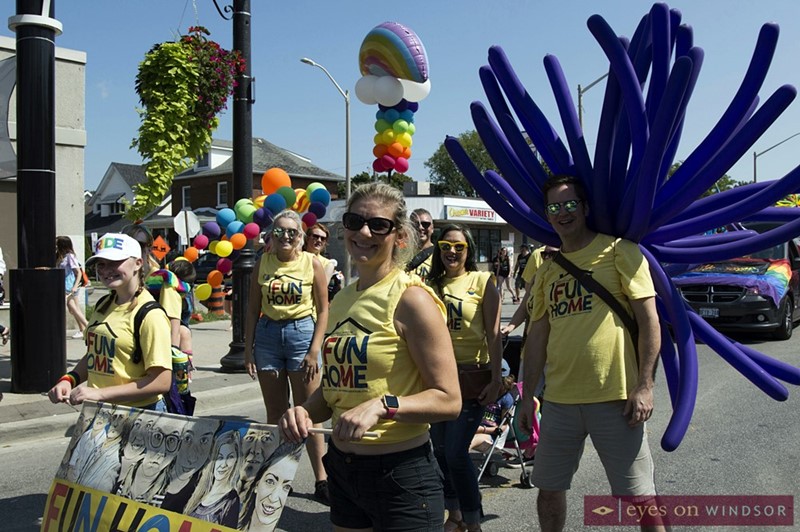 Erica, cast as “Medium” Alison, told Eyes On Windsor that the song she sang during Windsor Essex Pride Fest is called “Changing My Major”. In her dorm room at Oberlin College, a college aged Alison, sings about awakening after her first time having sex with a girl. “Changing my Major” is her epiphany on her sexuality specifically, it was Alson’s “Coming Out”, a perfect choice to be showcased during Pride Fest.

The story concerns Bechdel’s discovery of her own sexuality, her relationship with her “in the closet” gay father, and her attempts to unlock the mysteries surrounding his life. It is the first Broadway musical with a lesbian protagonist. 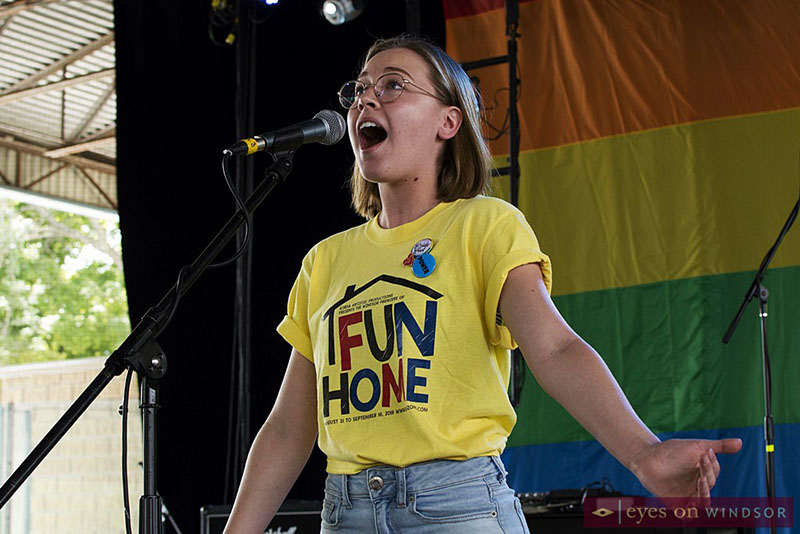 David Burrows directs this thrilling musical for its Windsor Premiere.