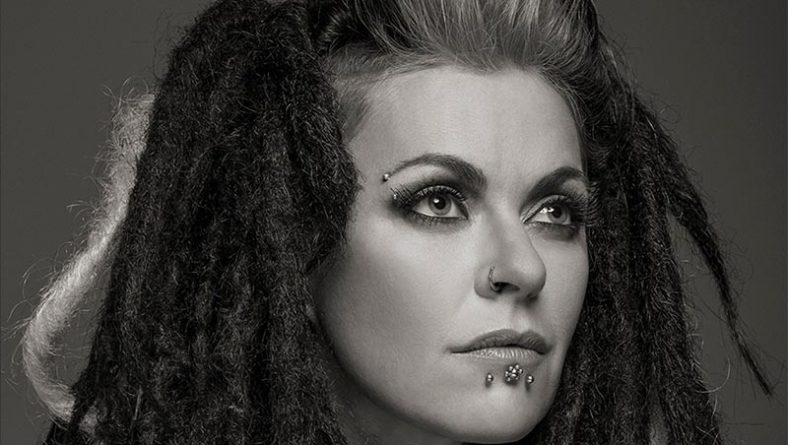 Born in Johannesburg South Africa, Dilana Smith started singing in school choir competitions and festivals at a young age. It wasn’t long before she started performing full-time in a duo and a variety of bands before moving to the Netherlands and forming her own band, becoming one of the country’s highest paid live performers. She was the fan favorite on the CBS reality music competition “Rock Star Supernova” before finishing runner up to Toronto, Ontario singer Lukas Rossi. On June 26 Dilana will be appearing at Rockstar Music Hall in Windsor and we chatted with her to find out what she has been up to these past few years.

Most people in North America remember you from Rock Star Supernova. Looking back, do you have good memories from that experience and how has it affected your career?

Dilana – It’s a long time ago! So much has happened in the last 13 years. I vaguely remember having a lot of fun but also experiencing a lot of TV drama trauma. I learned a lot from that experience. And actually the whole ordeal helped me open up some doors in my personal life that had been locked up for almost my entire life. The Experience on Rock Star Supernova helped me realize that I actually am a great singer and performer. Prior to being on that show, I didn’t think much of myself as a performing artist. I guess, that show encouraged me to get more serious about writing my own music and gave me the confidence to do so.

You decided to apply for American citizenship after Rock Star, what motivated that?

Dilana – I was happy to be a South African citizen but it limited my travel and often made life hell for me, especially being a touring artist. It seemed like the best thing to do at the time.

Three years ago you decided to pack up and move back to The Netherlands. You were very big in Holland before you moved to the U.S., tell us about that decision to go back.

Dilana – My decision to move back to Europe was based a lot on the upbringing of my young child. I didn’t feel safe in America with her. We love cycling and it was impossible to even take a simple bike ride around the neighborhood. Every time I went out in public with her, I felt a little paranoid about people bearing arms. Malls, playgrounds, airports…So many deaths have occurred in the last five years due to guns and weapons, I just didn’t feel like it was the right place to raise my daughter.

How was your experience competing on The Voice Holland and what were you able to take away from that?

Dilana – My experience on The Voice of Holland sucked. I was flying back-and-forth to California and I was doing really well in the show when another flight basically made my body weak and I caught a virus. I could barely get through the next episode. But, fortunately, I gained a lot of work from it for a while.

You are very active in the fight against human trafficking and child abuse. Give us some background on that, your personal motivation and your involvement in the cause.

Dilana – I’m always very happy when I can help a child. I am a very strong survivor of child sexual abuse. I think it’s very important to know what you’re talking about in order to achieve a goal, my goal being, helping young children to speak out. If they hear my story, it’ll encourage them to speak up. My involvement is mainly speaking to the victims and sharing my own story and singing… Music heals.

You are also very active in the animal rights movement and a passionate vegan. You weren’t always vegan, what was the turning point for you and how has your life been impacted.

Dilana – Animals are voiceless. I love them and I respect them and I believe in fighting for their rights. I basically volunteer whenever I can. I speak whenever I can against animal abuse. I try to always keep my stories positive and to focus on achieving something peacefully. The big turning point for me, after many, many years of knowing that it’s not good to kill animals for food, was watching a documentary called “What the Health”. I challenge every person reading this, to watch that film.

You said back when you left the U.S. for Holland that you wouldn’t go back until Trump was out of office. How does it feel now going back for brief tours?

Dilana – I’m always happy to see my old friends. The thing I noticed most every time I touch American soil, is that feeling of being unsafe, vulnerable, just another statistic.

You’re involved in a new project with some well known European musicians, tell us about that.

Dilana – I was hired to sing eight songs in a studio in Italy for a project called, Vanishing Signs. It’s basically a band of Sicilian musicians who wanted to make this album. It turned out being so great and so fun, next thing I knew; I was the new singer for the band. We just released the debut album called Vanishing Signs and we are currently planning a European tour.

We love you here in Canada, do you have any fond memories of your times spent here or a story that really sticks in your mind?

Dilana – And I love Canada! Gosh, where do I start? Every single time I’ve visited Canada, I’ve had the best experiences and so many great memories. I guess one of my favorite times was making a trip through BC on my Harley with a group of great friends back in 2010.

Dilana will bring her intense hard rock energy, colourful dreadlocks, and out of this world raspy vocals (that some have compared to Janis Joplin , Tina Turner , Melissa Ethridge and Bonny Tyler) to Windsor for a rare live appearance at Rockstar Music Hall on June 26th. Special guests Leave Those Kids Alone and Madelyn Stein will open the show. Doors 6pm. Show 7pm. Tickets $20 in advance, $25 door. Tickets available online at https://rockstarvenue.com/tickets.php