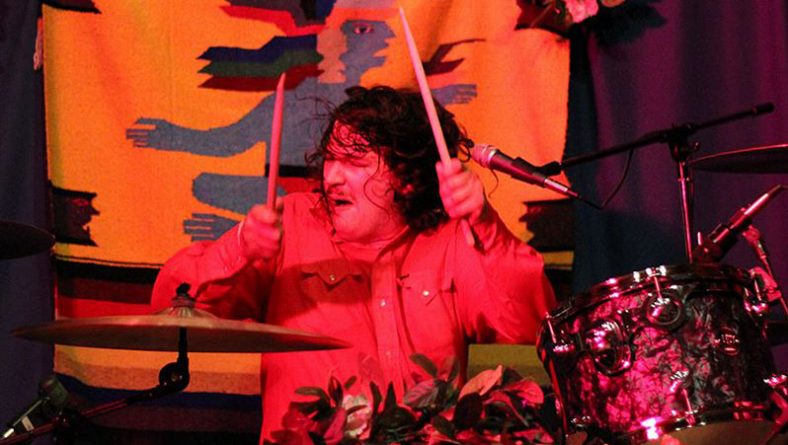 (Huttch drummer Robbie Cervi performs during the Huttchino album release show (notice the band’s trademark blanket hanging behind him) on June 1, 2018. Photo above by Kevin Blondin / Eyes On Windsor.)

While the band told us “the album officially came out May 26th online,” the first track, “Get Up”, with it’s catchy Pop Rock sound came out as a video on April 1, 2018. Shot and directed in Arizona by Windsor’s talented Ryan Brough of Zeebra Media, it includes one of the band’s trademark blankets (which hung in their basement/band practice room) and an exciting Wild West theme.

The video did a fantastic job of preparing music fans to experience what the album had in store for them. As promotion of Huttch’s album release show stated, “it brings us into a larger than life, land of adventure for the entire album. There are nothing but bangers on the Huttchino album.”

Band members Sebastian Abt (lead vocals and guitar), Zack Vivier (bass) and Robbie Cervi (drums), known for their wild, spot on, and contagious live performances, introduce a bit of a new style in some of the songs on Huttchino. Early in January of this year, Cervi told the Toronto Star, much of the album features “funky dance rock songs (but) we also have standard rock songs.” 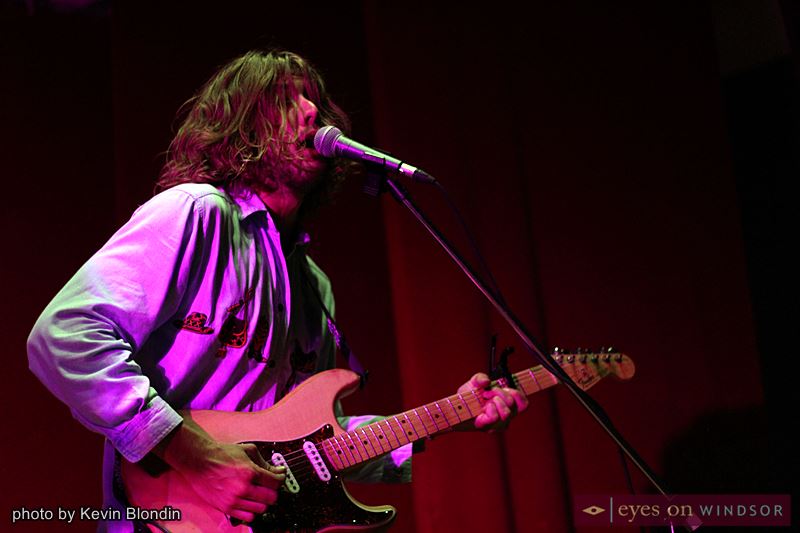 The involvement of these producers and record mastering talents have helped the band deliver a world class music experience to music fans in Huttchino. 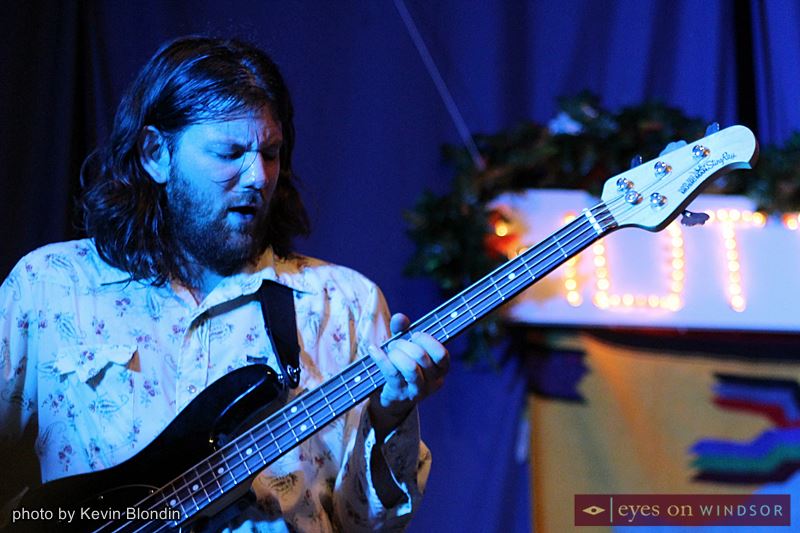 From humble beginnings in 2014, playing parties in the basement of their West Windsor home to small groups of friends, Huttch continues along the path to success. For example, two years after the band formed, Huttch was invited to open for Simple Plan when they kicked off their 2016 World Tour in Windsor, Ontario. 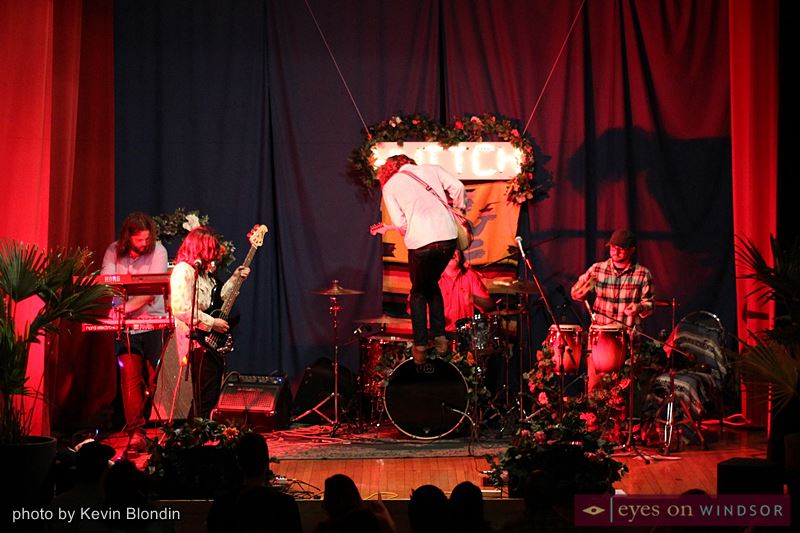 Huttch performing in Windsor, Ontario, at the Dom Polski Club on June 1, 2018. Photo by Kevin Blondin / Eyes On Windsor.

Eyes On Windsor photographer, Kevin Blondin, captured Huttch’s album release celebration and show in pictures for us. Opening the show for the band was special guests Lost Cousins (Toronto), and The Brandy Alexanders (Windsor).

For more information about Huttch, purchasing their music, and a schedule of their upcoming shows, please visit their official website or Facebook Page. 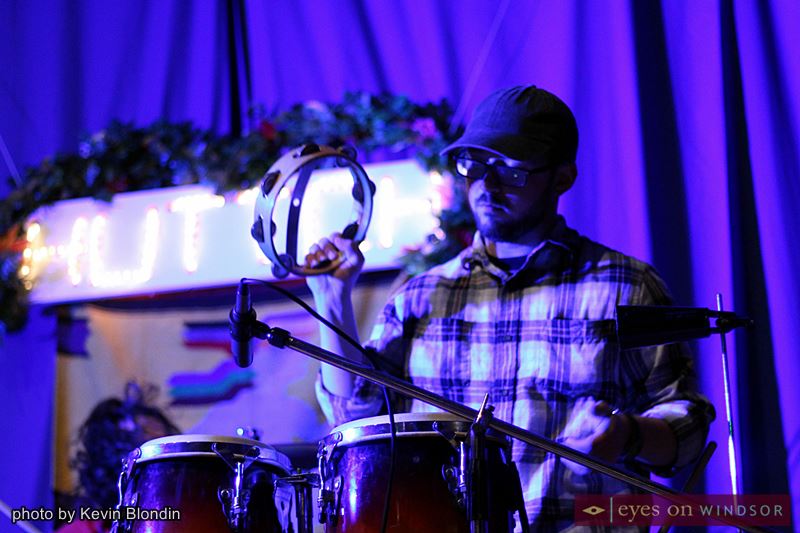 A little tamborine for the music of Huttch. Photo by Kevin Blondin / Eyes On Windsor. 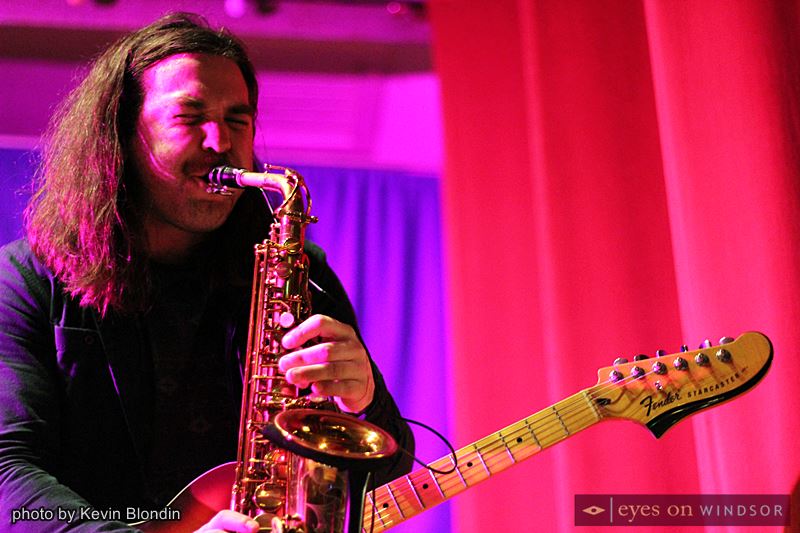 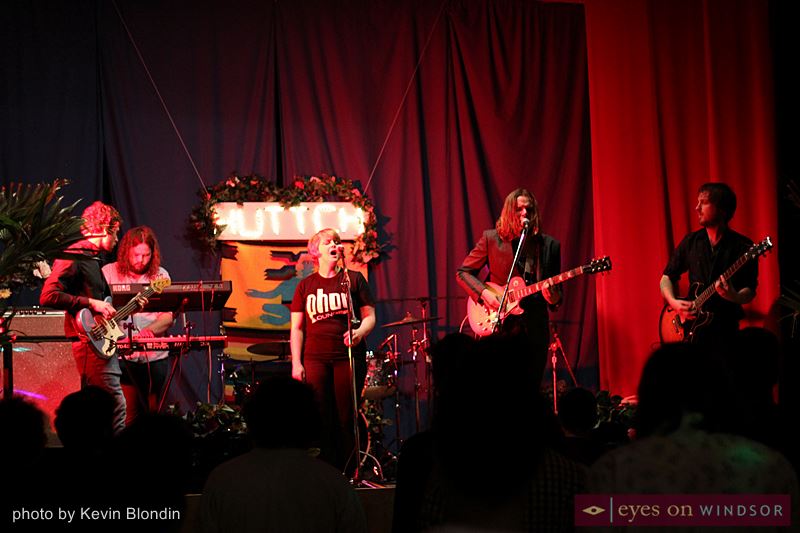 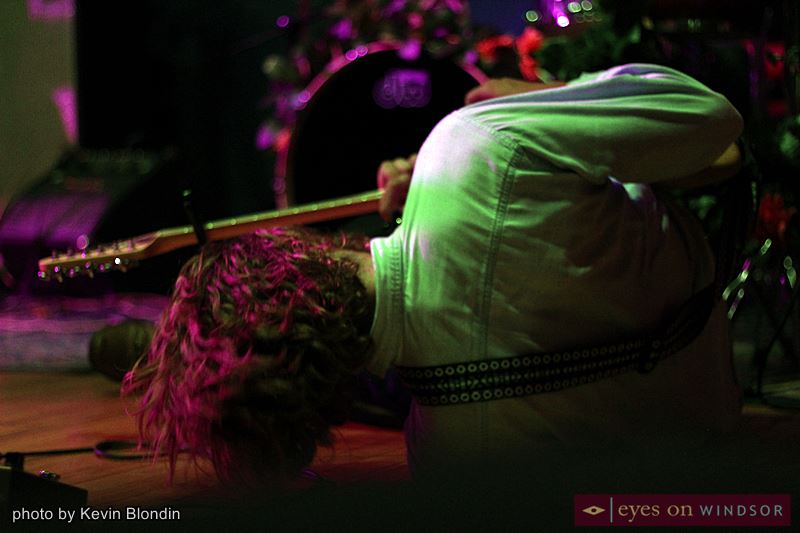 Huttch frontman, Sebastian Abt plays guitar while rolling on the floor during the band’s Huttchino album release show on June 1, 2018. Photo by Kevin Blondin / Eyes On Windsor.